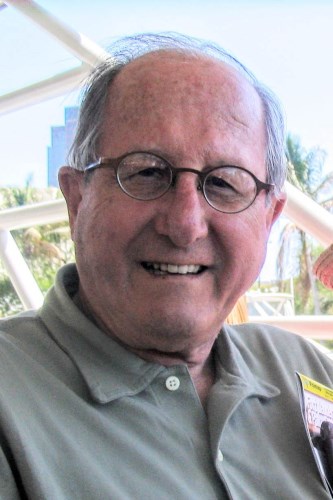 MADISON - Jack Chosy, age 90, of Madison, passed away on Thursday, June 10, 2021. Jack was born May 20, 1931, the fourth of six children born to Hungarian immigrants, Julia and John Chosy, in Columbus, Ohio. The family prioritized education, and all six children graduated from Ohio State University. Jack's own education began at the age of 4, when his mother instructed his elder sister, Irene, as she left for school, "just take him." Jack received his M.D. from OSU in 1955 and came to Madison to complete his internship at the University of Wisconsin, where he met his wife, Grace Jackman, a dietetic intern housed in the same dorm. They were married in 1956 and raised three children.

Jack pursued dual careers in medicine and the military spanning more than 33 years. He completed residencies in internal medicine and psychiatry at the UW, then practiced psychosomatic medicine and joined the academic faculty, receiving tenure in 1969. He became associate chief of staff of Ambulatory Care at the Madison VA Hospital in 1976, while continuing to consult in the UW's pain clinic. Jack retired as a full professor in 1998. Throughout his career he was a staunch advocate for the expansion of primary care and was known to guide decision-making with the question, "Ask yourself, what would you do to improve the quality of care to the veteran?"

Jack was proud to serve in the Wisconsin Army National Guard, retiring in 1988 with the rank of major general. His roles in the Guard included Commander of the 13th Evacuation Hospital and Special Assistant to the Surgeon General of the U.S. Army. He was the first Guard member from Wisconsin ever to receive the Army Distinguished Service Medal. He also received the Legoin of Merit, and was in the first class of inductees to the Wisconsin Guard Hall of Honor. He viewed his service as a way to give back to the country that had given his family so much opportunity, and held deep respect for the soldiers with whom he worked.

In retirement, Jack and Grace enjoyed travel, frequently reuniting with family and friends. They loved to be with their children and grandchildren, and also spent many happy summer weeks at their Door County cottage. Jack established a copiously productive vegetable garden on his garage roof, propagating Hungarian peppers from seeds mailed to his Aunt Wilma from friends there. He also retained his connection to the Guard, volunteering as a benefits consultant for retirees. He was happiest when surrounded by loved ones, enjoying food and drink, and perhaps a "glorious" view.

He is survived by his wife of 64 years, Grace (Jackman) Chosy; son, Daniel; daughter, Susan (Paul) Greblo; granddaughters, Cecily and Rosamond Greblo; brothers, Louis (Shirley) of Madison and Robert (Judy) of Worthington, Ohio; and many nieces and nephews. He was preceded in death by his son, Edward; and siblings, Eugene, Emma and Irene.

A visitation for Jack will be on Friday, June 18 at CRESS FUNERAL HOME, 3610 Speedway Road, Madison, from 11 a.m. until the time of service at noon. In lieu of flowers, please consider donating to the Madison VA Hospital, Community Relations - 135, 2500 Overlook Terrace, Madison, WI 53705 (Homeless Program); or to the Door County Land Trust, PO Box 65, Sturgeon Bay, WI 54235. Please share your memories at www.cressfuneralservice.com.