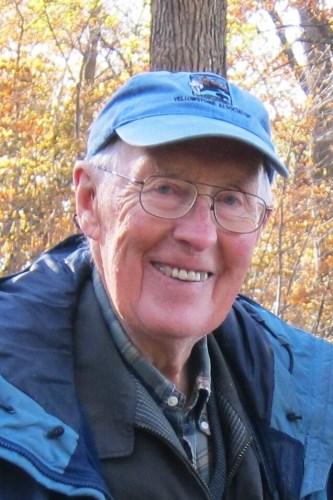 MADISON - Thomas Dale Brock, of Madison, Wis., passed away at home on April 4, 2021, at the age of 94, due to complications from a fall. He was born Sept. 10, 1926, in Cleveland, Ohio, the only child of Thomas Carter Brock and Helen Ringwald Brock.

Thomas D. Brock was the E. B. Fred Professor of Natural Sciences Emeritus at the University of Wisconsin-Madison. He made contributions to a wide variety of biological sciences; perhaps his best-known contribution was the discovery of extremely thermophilic microorganisms in high-temperature natural systems, including in Yellowstone National Park. An enzyme from one thermophilic bacterium he discovered, Thermus aquaticus, played a key role in the development of the polymerase chain reaction, which has revolutionized medicine, forensics, and biotechnology.

Tom's father died when he was 15, and he and his mother moved from Cleveland to her hometown of Chillicothe, Ohio, where she worked as a nurse. After graduating from high school, he served in the U.S. Navy during World War II, training in advanced radar and electronics technology. Following the war's end, he completed his service as shore patrol on Kodiak Island, Alaska. Upon return from the Navy, he attended The Ohio State University, earning his Ph.D. in botany in 1952.

Beginning his scientific career as a research microbiologist with The Upjohn Company in 1952, he moved to Kalamazoo, Mich., with his first wife, Mary Louise Louden. After time on the faculties of Western Reserve University and Indiana University, in 1971 he moved to the Department of Bacteriology at the University of Wisconsin-Madison, where he spent the rest of his academic career. His list of scientific publications spans 60 years, and his over 300 research papers and over 20 books ranged widely, from the authoritative textbook "Biology of Microorganisms" to diverse works in mycology, bacteriology, microbial ecology, limnology, ecological restoration, and other fields. He was the recipient of many honors including an honorary doctorate from UW-Madison; Ohio State's Sullivant Medal for excellence in teaching and research; and the Golden Goose Award to recognize the power of basic scientific research, driven by pure curiosity, to benefit to human society in unexpected ways.

He is survived by his wife of 50 years, Katherine S. Middleton Brock; and his two children, Emily Katherine Brock of Washington, D.C., and Brian Thomas Brock of Laveen, Ariz. A lover of the outdoors as well as arts and culture, he spent happy times canoeing, hiking, and camping, and also taught himself German, read literature voraciously, played piano, and gained encyclopedic knowledge of classical music, art, and opera.

While best known as a scientist, Tom Brock was also intensely productive in other fields both before and after his retirement. In 1982, Tom and Kathie Brock co-founded a publishing company, Science Tech Publishers, which specialized in scientific monographs, popular science, and international publishing partnerships. He harbored a lifelong interest in genealogy and local history, contributing over the decades as researcher, author, journal editor, and historical society officer. He was also active in history of science, with a biography of Robert Koch, a history of microbial genetics, and an edited volume of classic papers among his contributions.

Perhaps his greatest achievement after retirement was the transformation of 140 acres of overgrown land in the Driftless Area of Wisconsin into a showpiece for ecological restoration techniques. In collaboration with his wife, Kathie, he spent the last decades of his life developing strategies to restore oak savanna, prairie, and marshland ecology. Today, Pleasant Valley Conservancy State Natural Area contributes to our understanding of ecological restoration processes while also providing the solace of open spaces to nature lovers of all stripes. Pleasant Valley's host of rare prairie and savanna plants, and its robust population of open grown bur oaks, serve as a lasting monument to Tom's endless energy, inventiveness, enthusiasm, and dedication to the natural world. Memorials to Tom Brock's life can be made via contributions to the nonprofit (501c3) charity he and Kathie founded to fund and manage their ecological restoration work: Savanna Oak Foundation Inc., c/o The Prairie Enthusiasts, P.O. Box 824, Viroqua, WI 54665. A celebration of Tom's life will be planned for a later date.

To plant trees in memory, please visit our Sympathy Store.
Published by Madison.com on Apr. 25, 2021.
MEMORIAL EVENTS
No memorial events are currently scheduled.
To offer your sympathy during this difficult time, you can now have memorial trees planted in a National Forest in memory of your loved one.
MEMORIES & CONDOLENCES
5 Entries
On my phone he was listed as Tom´s blog. I learned so much from this site as regards to savanna restoration. I was always so excited when a new posting came out!! Had no idea he was so much more than a savanna guy til I read his obit My woods and land owe so much to you. Rest in peace
Kathy Reesman
May 10, 2021
Dear Kathie, I was very sorry to learn of Tom's death, which happened during the very time that we were agonizing over Friends of the Lakeshore Nature Preserve President Steve Sentoff's final illness. I learned more about Tom's achievements in the Milwaukee Journal Sentinel article that appeared earlier this year, and more about your own work in the Preserve from Glenda Denniston, within the past week. Best wishes to you and your family, Doris
Doris Dubielzig
May 6, 2021
In 1999, my brother and I visited Shorewood Hills and Post Farm Park, the former home of our aunt, Noma Post. We stopped by the village hall, and learned that a book on the village had been written, and both bought a copy. We were elated that Mr. Brock had included several pages on the farm and Aunt Noma & Uncle Sam! Some photos we had never seen! I wrote to him, sending him additional photos and memories, and he graciously wrote some notes back to me. Today, I was making copies about the farm for my daughters, and decided to look him up on-line. I'm so sorry to learn of his passing. What a wonderful man he was! I feel privileged to have known him, even in such a small way! My thoughts go out to his family and friends.
Elaine C. Dasher, Guyton, Georgia
May 6, 2021
Tom was very supportive of my questions and ideas when I was learning about restoration. He taught me how to look up scientific papers and understand them. We enjoyed many good laughs and good meals! I will miss you, Tom!
Marci Hess
May 5, 2021
Tom shared his expertise in Genealogy with my wife (his cousin) and I for which we are very grateful. As a student of Microbiology at the University of Waterloo, I used his text and read it intensely as well as some of his other works. God bless you and your family.
Richard Laskowski
April 25, 2021