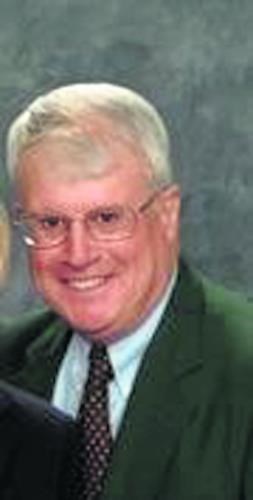 FUNERAL HOME
Stuard Funeral Directors Inc.
209 N Newtown Street Rd
Newtown Square, PA
John Hines Hodge, died on August 3rd at the age of 76 after a lengthy battle with vascular dementia and multiple myeloma. He died at his home in Berwyn, with his wife and two sons by his side. John was born on October 27, 1944 and grew up in Bryn Mawr, PA. He attended Episcopal Academy (‘62) and then Princeton University (‘67). Subsequently, he served as a Naval Officer during the Vietnam War aboard the USS FD Roosevelt. Upon returning home, he began a career working at the nascent pet food and supplies company, Canine Caterers, and moved to Philadelphia. Living on Naudain St., he met his neighbor Mary Gindhart, and the two married in 1973. In time John and Mary would have two sons and move to Devon, PA. In 1995, after 25 years at Canine Caterers, John transitioned into a second career in real estate, in which he and his wife would form a formidable tandem at Duffy Real Estate! John retired in 2014. Besides being a hard worker and family-man, John believed in the importance of education, so throughout his life he remained connected to and involved with his two primary institutions, Episcopal Academy and Princeton University. In his personal time, John loved spending time with friends, playing squash or tennis at the Merion Cricket Club, being disappointed by Philadelphia sports teams, reading a good book, and listening to Joan Baez. John is survived by his wife, Mary; sons, John Cortlandt Hodge and Joseph Cabell Hodge; and granddaughters, Sierra Isabelle Hodge and Amber Raven Hodge. He is predeceased by his brother, Edward Blanchard Hodge, Jr. On September 3rd at 11:00 AM, a memorial service will be held at Trinity Presbyterian Church in Berwyn, PA. The burial will be private. In lieu of flowers, memorial contributions may be made to either the American Brain Foundation (201 Chicago Avenue, Minneapolis, MN 55415 or www.americanbrainfoundation.org) or Surrey Services for Seniors (60 Surrey Way, Devon, PA 19333 or www.surreyservices.org). STUARD FH – NEWTOWN SQUARE A Family Tradition Since 1822
Published by Main Line Media News from Aug. 30 to Sep. 5, 2021.
To plant trees in memory, please visit the Sympathy Store.
MEMORIAL EVENTS
Sep
3
Memorial service
11:00a.m.
Trinity Presbyterian Church
Berwyn, PA
Funeral services provided by:
Stuard Funeral Directors Inc.
MAKE A DONATION
MEMORIES & CONDOLENCES
Sponsored by Family.
3 Entries
The loss of our John will be felt deeply in our hearts. We are so sorry for your loss sweet cousin Mary. We have been apart for too long.
Cyril and Diana Mayer
Family
August 30, 2021
John will be in our hearts always. I remember his sense of humor and his kindness as we all gathered for holidays at his home. His heart filled with love was felt by all.
Diana and Cyril Mayer
Family
August 30, 2021
May God bless you and your family in this time of sorrow.
scott
August 29, 2021
Showing 1 - 3 of 3 results