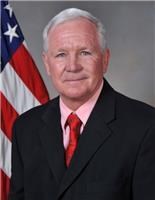 On December 10, 2020, the world lost one of its treasures. A generous, opinionated, disciplined and kind man with a deep intellect, Chris was often described as being the smartest man in the room.

Chris was born to Ellen Gardner and Robert Kleinsmith in Kirksville, Missouri. Raised in Grosse Pointe, Michigan, Chris and his brothers had many misadventures at the family cottage on Lake Huron. Chris attended Albion College on music and other scholarships. He graduated with majors in Biology, and Speech Communications and Theatre. He was proud of having attended National Music Camp (Interlochen Arts Camp), as clarinet first chair.

Chris graduated from Medical School at Kirksville College of Osteopathic Medicine in 1980. A Doctor of Osteopathy, Chris was Board-Certified in Aerospace Medicine, Occupational Medicine and Family Medicine. Chris served our country for 27 years in the US Air Force, retiring in 2007 as a Colonel. As a Flight Surgeon, "Doc" (his callsign) served in Europe, The Gulf War (Saudi Arabia), Korea, California, Oklahoma and Texas. However, he is best known for his many years at Hill Air Force Base (AFB). He was a "Black Widow" with the 421st Fighter Squadron / 388th Fighter Wing, Chief of Aeromedical Services with the 75th Aerospace Medicine Squadron, and Flight Commander of the Occupational Medicine Flight. Upon retirement from active duty, Chris served as the civilian Chief of Occupational Medicine at Hill AFB, retiring in September 2020. Chris literally touched every mission at Hill AFB. Among his many unique accomplishments, he served as Senator John Glenn's flight surgeon for his space shuttle mission in 1998.

When not working, Chris loved to ski and Snowbasin was his second home. On powder days Chris always wanted to start on the "Diamond" and was known for his medicinal libations on the Needles Gondola. He also loved golf on Saturdays with the guys, tennis, music, hunting birds, and the Detroit Red Wings, Tigers and Lions.

Chris leaves behind his brothers, Mark and wife Isabelle and Dennis (aka Tim); children Jordan, Alex, Caitlin, and Elisabeth, and Chris's partner, Mary McKinley, with whom he shared many great moments, walks, bike rides, visits to Jekyll Island in Georgia, and plans for the future. Chris enjoyed a tight and loyal circle of friends. A man with few regrets, Chris cherished his time with the staff at Occupational Medicine, especially Lindsay Strickland who kept him pointed in the right direction every day. She and her children were like family to him. His adopted Utah families included Eric and Kathie Roman, their children Greg, Amanda and Melissa, also Bob and Teri Ekstrom and children Erin and Tom. Special thanks to Don Hickman, Keith Hanchett, and Eric Roman for their friendship and ski-mentorship for many years.

Graveside service will be held on Thursday, December 17, 2020 at 2 p.m. at Lindquist's Memorial Gardens of the Wasatch, Garden of Everlasting, 1718 Combe Rd. A Graveside

In lieu of flowers Chris would appreciate a gift to any of the following organizations that he passionately cared about: Ogden Nature Center, Air Force Aid Society, Wounded Warrior Project, Salvation Army or the Utah Food Bank.
To plant trees in memory, please visit our Sympathy Store.
Published by Lindquist Mortuary - Ogden from Dec. 15 to Dec. 16, 2020.
MEMORIAL EVENTS
Dec
17
Graveside service
2:00p.m.
Lindquist's Memorial Gardens of the Wasatch
1718 Combe Road, South Ogden, Utah
Funeral services provided by:
Lindquist Mortuary - Ogden
GUEST BOOK
5 Entries
As a classmate of Chris, I was in wonder of his endless pranks. Condolences to his family, friends and service members. Truly an unique person, veteran, hockey player, physician. Rest in peace, your accomplishments live on forever.
Robert Fedor DO
January 2, 2021
Attended Albion and KCOM with Chris. Chris was two years ahead of me and always good advice and tremendous energy, to put it mildly. Very sad with his loss at an early age.
Bruce Lirones DO
January 2, 2021
Sorry to hear this. Worked with "Doc" at Hill AFB. He always had a smile and helped us through some difficult times. Gone too soon!
Guy Whalen
December 16, 2020
Great friend and best flight surgeon. Always enjoyed the many rides he took in the F-16. Always a competitor in all sports. Way to soon - be at peace.
Tony Mahoney
December 15, 2020
My condolences. I worked with him from Randolph AFB, WC, and had the pleasure of meeting him when I visited Hill AFB.
Selena Garcia
December 15, 2020