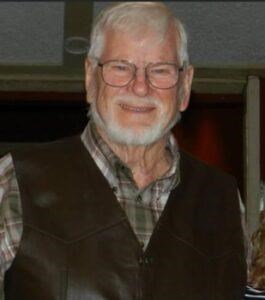 BORN
1934
DIED
2021
FUNERAL HOME
Boxwell Brothers Funeral Directors - Amarillo
2800 Paramount Blvd
Amarillo, TX
Joseph Edward Walsh went to be with his Lord and Savior on November 24, 2021, at the age of 87.

Joe was born January 18, 1934, in Amarillo to W.D. and Mary Walsh. Joe was the second youngest of nine brothers and is survived by his youngest brother, Lee Walsh. Joe attended St. Mary's Catholic School and graduated in 1953 from Price College.

During Joe's early years, he worked in the family business, Walsh Grocery, which later became Walsh Food Service. Joe found enjoyment boxing for the Golden Gloves. He married his high school sweetheart Rheta Kay Latimer on July 22, 1954. Joe and Kay had four boys with whom he enjoyed riding motorcycles at the river, going to the lake, coaching, and supporting each of
them through college. After the untimely death of his wife, Kay, in 1983, he married a long-time family friend, Marjorie Royse Taylor, on December 30, 1983. With his new family, he quickly gained a loving and long-term relationship with everyone and always loved each of them as his own.

As a meat buyer and butcher in the family business, Joe had always dreamed of opening his own meat market. He accomplished this in 1984 before semi-retiring to be proprietor and concessioner for the State of Texas at the Goodnight Trading Post and with his son, Randy, the Goodnight Stables in Palo Duro Canyon. In 2000, Joe fully retired to travel with Marjorie and spend time with his grandchildren. In retirement, Joe found tremendous joy in playing Santa Clause for children all over Amarillo through his church and Kiwanis Club. He enjoyed playing games, golf, and beekeeping. However, his true passion and devotion was his family, especially each of his grandchildren and great grandchildren.

Joe was loved by all that knew him. He had an infectious smile and was well known for his hugs.

Joe received Last Rites on November 22, 2021, by Monsignor Rex Nicholl. On November 23, 2021, prayers of blessing were given by Dr. Howard Batson.

Memorials are encouraged in Joe's name to Heal the City of Amarillo, Texas.