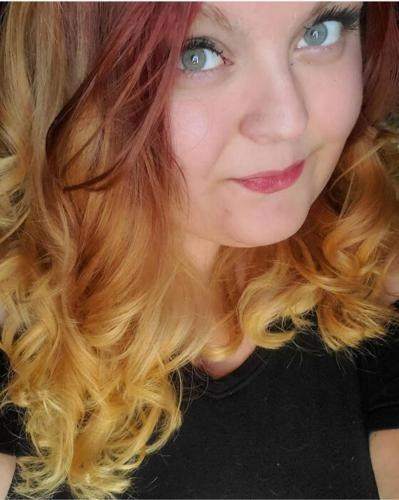 ABOUT
Menasha High School
FUNERAL HOME
Brettschneider-Trettin-Nickel Funeral Chapel - Appleton
606 North Oneida St.
Appleton, WI
Megan Sickinger, age 29, of Appleton passed away on October 9, 2021 at ThedaClark Neenah Hospital surrounded by her loving family. Megan was born on August 3, 1992. Megan sadly contracted COVID in early September and fought an amazing and long fight trying to get home to her boys. Sadly, after 24 days of fighting, Megan passed away.
Megan would often talk about how in Elementary school she was carried down to the principal's office in her desk; she would always say she was the reason that school put in an elevator. Even though she was a strong willed and fierce teen, she had no problem graduating from Menasha High School in 2010. Megan also found her future husband, Jordon Sickinger, during her senior year at Menasha High. Megan and Jordon dated for the next two years until they got engaged in 2012. Megan and Jordon went on to have their first and only child, Lyam Sylvester Sickinger, on June 3, 2013. This is the point their life together really started. Megan and Jordon bought a house together in 2014. They were married in the backyard of their home on July 4, 2014. Megan would start her job as a VA caregiver shortly after her marriage to Jordon. Megan easily balanced the difficult job of being a stay-at-home mom, a wife to her husband, and caregiver. Megan never complained about any of it. Megan's loves in life were penguins, turtles, her family, her dogs "Teddy" and "Valkyrie", car rides with the seat heaters on, no matter the temperature outside, and most of all her boys Lyam and Jordon.
Megan was the most passionate and loving mother and wife. She was the most caring and forgiving friend and was the most fun and cheerful person to be around.
You will be missed dearly Megatron, but you will never be forgotten. Forever and always mine, no matter what, including death.
Megan is survived by her Husband Jordon; their Son Lyam; Mother Kim (Greg Kaufman) Delie; Mother-in-law Donya Larson; Father Steve (Mel Goble) Eastman; Aunt Jenny Maciolek; Uncle Mike (Jane Guensburg) Van De Hey; her loving Grandparents Marvin and Bonnie Van De Hey; Grandmother Judy Eastman; and many Nieces, Nephews, Cousins, Other Relatives and Friends. She is preceded in death by her Grandpa Alan Eastman and Great Grandma Shirlee Gauthier.
A Celebration of Megan's Life will take place from 4:00 p.m. until 7:00 p.m. on Thursday, October 14, 2021 at MJ's Supper Club, W8326 Cty Rd MM, Hortonville, WI. Attendees are asked to wear casual cheerful colors in memory of Megan. In lieu of flowers, memorial donations will be used to set up an education fund for her son Lyam.
The family would like to extend a special thank you to the Doctors and staff of the ICU at ThedaClark Neenah Hospital for the loving care they gave Megan and her family.
To send flowers to the family or plant a tree in memory of Megan "Megatron" Sickinger, please visit our floral store.
Published by Brettschneider-Trettin-Nickel Funeral Chapel - Appleton on Oct. 12, 2021.
To plant trees in memory, please visit the Sympathy Store.
MEMORIAL EVENTS
Oct
14
Celebration of Life
4:00p.m. - 7:00p.m.
MJ's Supper Club
W8326 County Road MM, Hortonville, WI
Funeral services provided by:
Brettschneider-Trettin-Nickel Funeral Chapel - Appleton
MEMORIES & CONDOLENCES
0 Entries
Be the first to post a memory or condolences.