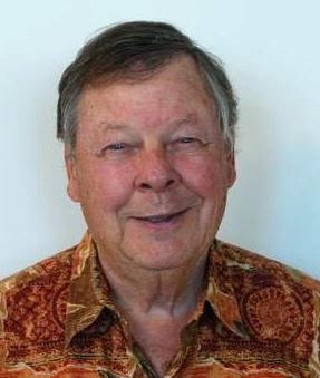 Thomas (Tom) Duncan, 79, died Sunday, May 12, from heart failure at the Naples North Community Hospital. The son of Helen (Reed) and Henry Earl Duncan, he was born on January 11, 1940 in Martinsville, IN. Both his parents preceded him in death.

After completing his Ph.D., he accepted a position in research at the Leo Burnett advertising agency in Chicago. He then moved to the client side as Marketing Manager at Peter Ekrich & Sons in Ft. Wayne, IN, and then as Director of Marketing at Jenos Pizza in Duluth, MN.

With his extensive advertising and marketing experience, Dr. Duncan began a new career as a professor first at Ball State University in Muncie, IN, and then at the University of Colorado School of Journalism in Boulder, CO. While at Ball State he taught twice in the school's London program allowing he and his wife, Dr. Sandra Moriarty, to explore London and England while his students spent a semester learning about international marketing, advertising, and mass communication.

At CU he developed an internationally recognized Masters program in Integrated Marketing Communication (IMC) along with his wife, Dr. Sandra Moriarty. This led to consulting with agencies and clients in the U.S., Europe, and Asia, particularly with Japanese superagency, Dentsu, in Tokyo. He and Dr. Moriarty also conducted seminars and gave lectures worldwide on IMC.

He wrote extensively on IMC in academic and professional publications. He was author or co-author of textbooks including: Principles of Advertising and IMC and Marketing, and a highly respected professional book, Driving Brand Value. Dr. Duncan was inducted into the Medill School Hall of Achievement at Northwestern University in 2005.

After retiring from CU, he created a unique IMC program embedded in an MBA program at the University of Denver. He finished his academic career as visiting professor for one term at the Tuck School of Business at Dartmouth College.

He and Sandra retired to Bonita Springs in 2013 where he played pickleball and bocce, and served as social chair for the Bonita Bay bocce club. He also served on the Bonita Bay community's Strategic Planning committee.

He volunteered at the Florida Cancer Specialists center, with New Horizons of Southwest Florida, and with Our Lady of Light thrift store in the Pelican Landing retail center.

He leaves his wife, Sandra Moriarty; his two children, Elizabeth Ann Bennett (Mike) of Atlanta and Andrew Dean Duncan (Jamie) of Ft. Wayne IN. His five grandchildren are Lindsay and Jayson Bennett and Maeic, Finley, and Lucy Duncan. Also surviving him are his first wife, mother of his children, Jane (Dean) Beer.

His sister, Melinda Williams of Naples and Martinsville IN, her husband Terry Williams, his nephew Bryan Williams, and niece Melanie Anderson and her boys, Garrett and Carson, also survive him.

Memorial services will be held in Indiana in the summer and in Bonita Bay in the Fall. Contributions may be made to: New Horizons (25300 Bernwood Dr., Ste #7, Bonita Springs, FL 34135); Our Lady of Light thrift store (24600 Tamiami Trail, Ste 600A, Bonita Springs FL 34134); or Hope Hospice thrift store (28520 Bonita Crossings Blvd, Bonita Springs Fl 34135).
Published by Naples Daily News on May 23, 2019.
To plant trees in memory, please visit the Sympathy Store.
MEMORIAL EVENTS
To offer your sympathy during this difficult time, you can now have memorial trees planted in a National Forest in memory of your loved one.
MAKE A DONATION
MEMORIES & CONDOLENCES
7 Entries
Tom was the first person I met when I became a member of the Bonita Bay Club community. As I soon learned, it was Tom's characteristic to be the "welcomer" on behalf of each and every organization with which he was affiliated. His effervescent smile, his unaffected cordiality, made him the perfect ambassador. One always felt comfortable joining a group that Tom espoused, be it Pickleball, Bocce, or New Horizons. One always knew that Tom's kindness and generosity were pure. In fact, when Tom offered a greeting, one could not help but sense the beginning of a bright new day regardless of the time. If the world's population consisted only of people like Tom, then the single word that would best describe life would be "harmonious". If any of us belongs with the angels, it is he. I would not be surprised to see standing at the pearly gates, with a wide grin, alongside St. Peter , none other than my good friend, Tom Duncan.
Joseph Santoro
June 4, 2019
I knew Tom at the University of Colorado -
always respected his ideas and his wry
sense of humor - and his obvious love of
his wife, Sandy.