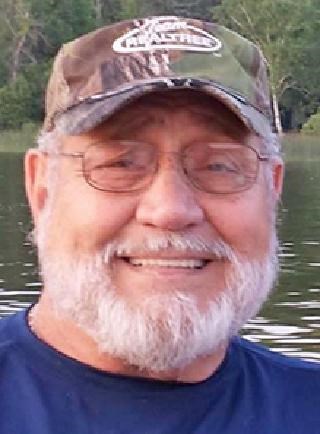 BORN
1946
DIED
2021
Paul Michael Walker, 75
Paul Michael Walker died on Tuesday, October 26, 2021 in Tallahassee, Fla. with his loving family by his side. Despite his battle with health issues over the years, he continued to fight to be with his family, especially his grandchildren, until his final moments. His health issues only showed part of his enormous strength, and he will be remembered as a selfless public servant and wartime hero.
Born to Gladdelle (Bruner) and Tony R. Walker in Plainwell, Mich. on August 8, 1946, Paul began what would become an amazing and courageous lifetime of service.
He enlisted in the United States Army and then United States Air Force and served honorably in the Vietnam War. During the war, he was combat-wounded and was a Purple Heart medal recipient. After serving in the military, he became a law enforcement officer in southwest Michigan before moving to Marquette, Mich., where he served as a corrections officer and completed his Bachelors degree at Northern Michigan University.
After sustaining serious injuries as a corrections officer, he retired in 1988 and chose to move to Okeechobee, Fla., where he was a resident for 33 years, and met the love of his life, Candice. They married in 1996 and celebrated their 25th wedding anniversary this year.
In Okeechobee, he continued his public service with the Okeechobee County Schools as a technology teacher. In 2013, the most fulfilling years of his life began when Candice retired and they could travel, spend more time with family, and enjoy summers together at their lakeside cottage in northern Michigan.
A man with an amazing and mostly corny sense of humor and "Walker Talk," he always made those around him laugh until it hurt. He was also an endless trove of practical knowledge and was sure to pass his handy skills along to his children, grandchildren, and friends.
Paul was a member of the American Legion, the Veterans of Foreign Wars (VFW), and the Eagles. In addition to the items above, he enjoyed hunting, fishing, and had become a talented woodworker, sharing his unique hand-made creations with everyone. His daughters proudly display his beautiful creations in their homes and work offices.
Over the past two years, Paul and Candice hunkered down closer to family, and Paul created special projects for him to work on individually with his grandchildren in his woodworking shop. In those times, he would unapologetically spoil his grandbabies, and these experiences were the ones that he most treasured.
His final summer in Michigan was the most enjoyable summer he had, where he and Candice traveled all around Michigan with family and seeing other beloved family members.
He was preceded in death by his sister, Patricia Pestridge; and brothers, Chester, Lawrence, Robert, and Edward Walker.
He is survived by his wife, Candice; brother, Tony Walker; daughters, Evelyn (Ken) Beckman, Beth (David) Frady, and Jenni (Charles) White; sons, Blue, Tony T., and Steven Walker; and grandchildren, Adam, Austin, Erik, Kody, Liam, Logan, Michelle, Gavin, Devin, and Destiny.
Burial will take place on a future date at Arlington National Cemetery according to his wishes.
In lieu of flowers, the family requests that donations be made to your local VFW in his name.