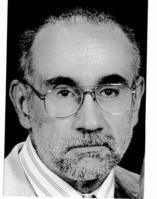 BORN
1947
DIED
2020
Beck, Richard Curtis
Richard Curtis Beck, age 72, died unexpectantly in his Wallingford, CT apartment on June 7, 2020. He was born in Jamestown, NY in 1947 to the late Orsell and Celia Beck. Richard is survived by his two sons, Alexander (Tiffany) Beck and their three children, Greyson, Dylan and Wyatt all of Orange, CT and Nicholas Beck of Long Island City, NY. He is also survived by his sister, Linda Beck, of Lakewood, NY.
Richard received a BS from Cornell University, an MS from Louisiana State University and a Doctorate from the Yale School of Forestry and Environmental Studies. Before enrolling in college Richard served his country in the Army and was deployed to Vietnam. He worked many years for Yale University in a variety of Information Technology positions and prior to his retirement he was employed by Quinnipiac University.
Those who knew Richard were aware of his love for his grandsons for which he was a willing babysitter in his retirement years. He was an avid fan of UCONN women's basketball and enjoyed attending local lacrosse games. He loved the out-of-doors, music, good books, and dogs. He was known to be a more than willing dog (and cat) sitter for friends and family.
He was a member of Grace and Saint Peter's Episcopal Church in Hamden, CT where he served in a variety of positions.
Due to the restrictions on social gatherings, a small friends and family memorial service for Richard was held in Wallingford, CT. Memorial donations can be made to your local animal shelter.
Published by The New Haven Register on Jul. 18, 2020.
To plant trees in memory, please visit the Sympathy Store.
MEMORIAL EVENTS
To offer your sympathy during this difficult time, you can now have memorial trees planted in a National Forest in memory of your loved one.
MAKE A DONATION
MEMORIES & CONDOLENCES
Sponsored by NHRegister.com.
2 Entries
Richard was a great person and a scholar. We authored several scientific papers together. I greatly enjoyed working with him at Yale and am very sad to hear of his death.
Graeme Berlyn
Teacher
September 18, 2020
Richard was a great guy, a brilliant mind, and fun cubemate at QU. My deepest condolences to the family
james douglas
Coworker
July 19, 2020
Showing 1 - 2 of 2 results