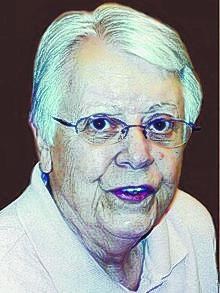 ABOUT
Redemptorist High School
FUNERAL HOME
Serenity Funeral Home
20419 Hwy 36
Covington, LA
Sister Patricia Wamser died at Trinity Trace Community Care Center, in Covington, La., in the late morning of Wednesday, May 26, 2021. Patricia Ann Wamser was the fifth of six children born to Robert and Helen Leonard Wamser. She was born in St. Louis, on New Year's Day 1931. The Wamser's family life with parents, the four boys and the two girls was a happy life as Pat remembered, "with much laughter, much sharing, and much discipline." Though struggling as the country was emerging from the depression, the Wamsers managed to send all six children to Catholic Schools. Patricia attended St. Andrew Elementary School then Notre Dame High School, both in St. Louis. Impressed by her teachers, the School Sisters of Notre Dame during those twelve years "They gave me a great education." she said. It was the kindness and gentleness of a grade school teacher and the personal interest of her high school teachers that made her ask if she wanted to live a life like theirs as religious and a teacher. Answering in the affirmative, she began her religious and professional training in the candidature of the School Sisters of Notre Dame in 1948. After this preparation time she was received into the novitiate as Sister Helen Robert – a name by which she was known until the '70s. After the profession of her vows in 1951, she began her teaching ministry. With her first degree in history and a Master's in Education. Sister began her 70 years of professional and religious ministry in teaching for a short time in St. Louis then in teaching youth through her favorite subject, history, in Sacred Heart High School in New Orleans and Redemptorist High School in Baton Rouge. Then there was a ten year period as she assisted the administration in the offices of Redemptorist High School in New Orleans and the University of Dallas. Of all her ministries, Sister Pat most cherished the ten years she directed and assisted in the development of the two to four-year-olds in the pre-K setting. Sister Pat reminisced, "I will always be grateful to those 'little professors' who stretched, challenged, and pulled me out of myself to love them just the way they were because they were special and made by God." Pat served the diocese of Lafayette in a special youth program and St. Gerard Parish as Pastoral Assistant. Until she retired to St. Anthony Garden's in Covington, Sister Pat served as hospitality coordinator and welcomed province guests and residents' guests first at the Province Center in Dallas, then at the SSND Retirement and Retreat Center in Chatawa, Miss. Though it was not an assignment, her own welcoming-of-the-stranger attitude extended that graciousness to all she met in her new home, St. Anthony's. Just weeks before her death she received the medical diagnosis that her coming time would be very painful. An acute episode halted her active life just days before she died. Sister Pat was preceded in death by her parents and her four brothers. She is survived by her sister Mary Wentz of Albuquerque, New Mexico and many nieces and nephews. Memorials may be sent to the School Sisters of Notre Dame, 320 E. Ripa Avenue, St. Louis, Missouri, 60125. Prayer and visitation will begin at 9:00 am on Tuesday, June 1, 2021, at Most Holy Trinity Catholic Church, 501 Holy Trinity Dr., Covington, La. 70433. The Mass will follow the prayer service. The Mass will be celebrated by the pastor, Rev. Rodney Bourg. Interment will be in The School Sister of Notre Dame Cemetery in Chatawa, Mississippi. The Knights of Columbus, Most Holy Trinity Council No. 14614, will serve as pallbearers. Arrangements entrusted to Serenity Funeral Home, Covington, LA. Condolences and tributes can be posted at www.serenitycovington.com.