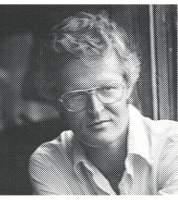 BORN
1934
DIED
2019
BARDIN--C. Wayne, M.D., One of the true greats of science left us peacefully at his home on October 10, 2019. A pioneer in the field of endocrinology, a gifted mentor, teacher and author, Dr. Bardin's legacy extends beyond his research contributions and over 500 publications. He played a monumental role in his field, leading towards innovative discoveries and practices. His work and legacy go on with the FDA approval last year of Annovera, a three to five year vaginal contraceptive ring and two male contraceptive pills soon to be presented to the FDA. Born on 18 September 1934 in McCamey, West Texas to Jim Bardin and Irene Barnett, Wayne attended school in Odessa, TX where he played football. At the age of 10, his mother tricked him in attending Franz Lehar's opera, "The Merry Widow." Wayne was hooked. His all-time favorite was Puccini Turandot. To save him from further football injuries, the family moved to Fort Worth, where his father took a desk job from his oil company and Wayne attended Pascal High School. From there, he went to Rice University and on to Baylor College of Medicine. Upon graduation, Dr. Michael DeBakey, who wanted to keep Wayne in his service, wrote him an introduction to New York Hospital. He received his internal medicine training at Cornell University, New York Hospital, where he was mentored by Dr. Ralph Peterson, an expert in male reproductive sex steroid metabolism, and enrolled in the Coast Guard. In 1964 at the invitation of Drs. Mort Lipsett and Griff Ross, Wayne moved to the Cancer Institute at the National Institute of Health (NCI NIH). At NCI, he welcomed to his lab, Pierre Corvol of the College de France, his first post-doc trainee. Wayne's resiliency led him to understand the necessity of practicing fundamental research in tandem with clinical research. In 1970, he was recruited to create a new medical school at Hershey and be Chief of the Division of Endocrinology at Penn State University. There, he quickly recruited a group of clinicians and investigators who competed effectively for NIH research funding. In 1972, he was the second (the first being President Nixon) to be granted a visa to visit China at their request to help rebuild their medical infrastructure after the Cultural Revolution. In 1978, John D. Rockefeller III invited him to become the Vice President of the Population Council at Rockefeller University, created to address the need for population control worldwide. As Director of the Population Council's Center for Biomedical Research, Dr. Bardin invited post-docs from all over the world to come to his lab. He developed Norplant, an intradermal implant for contraception in women that would provide effective prevention of fertility over a period of three to five years, as well as other contraceptives such as, Mirena. Major recognition for his achievements earned Dr. Bardin numerous awards across the globe and his election to presidency of the Endocrine Society and American Society of Andrology. Wayne is considered one of the "Giants of endocrinology" over the last 40 years, a great human being, and an inspiration to those who follow in his footsteps. His dry humor, wisdom and gentle kindness is greatly missed by his family, friends and countless colleagues. He is survived by his wife, Beatrice and his daughters Charlotte Merritt and Stephanie Torre, as well as his stepchildren and grandchildren. To celebrate Dr. Bardin's life, a funeral service will be held 10:30am on October 26 at the Church of Heavenly Rest, 1085 Fifth Avenue at 90th street, NYC, NY 10128. Burial will be private. Donations in Wayne's honor may be made to the Endocrine's Society Travel Award Fund or to Planned Parenthood.

I lighted a candle today at my home in remembrance of our dear Wayne, your husband and our dear friend.
I just found out today and want to send you mine and my parents' Bob and Mimica's condolences to you and your whole family.
He was a great mentor, scientist, leader, husband, connoisseur of music, art and wine!
I will remember many things about his amazing character and humor, and my dad Bob will never forget his hospitality and friendship and their laughs together at parties when my dad was his fellow in Hershey Medical center, and how they were dancing on the table as they told me later on...
He was such an observant human being and I'll tell you what I remember for the times I was his fellow at The CBR.
I produced a poster while working at the CBR and went to present it at The Laurentian Hormone conference in Puerto Ricco that year.
We went to a good restaurant where I ate a big fish.
I was there with another colleague from CBR Dr Ding and my husband and I started to have insomnia and muscle cramps, stomach pains and nausea in the last day of the conference.
I did not know what is happening to me and I saw my doctor in NYC on my return. He told me I was stressed out and that I need to take time off work. I just came from vacation, I told him.
Then I spoke to Wayne and told him what I was feeling and that the headache and my muscle cramps are still there two weeks upon my return.
He asked what I had eaten there, and sure enough, he diagnosed me right away: I suffered from Ciguatera toxin poisoning, which is a neurotoxin present in the algae In these waters and that only big fish eat the algae and they can't check every fish they prepare.
He told me that when people have this poisoning there, they go to hospital and get diuretics and Iv line to get the toxin quickly out of their body and not let it make it to the nerve cells, where it binds and stays there for a long time.
It was too late for me since I didn't ask Wayne when it actually happened, I would not have suffered so Much and for so long...
This is a situation that describes who Wayne was: someone who listens to people and always finds a constructive solution!
He was a great role model for me and he gave me wings to fly and to excel in this country and subsequently meet my other great mentor Dr C. Lockwood.
I loved how he treated young scientists and how every year he had a wine tasting at your home for all of his fellows, to try different types of wine, which he loved and knew so well!
I regret only one thing, and that is that you two never came to Belgrade to visit my dad, who wanted so much to be your host and show you and Wayne some of our beautiful country, hospitality and culture!
Wayne will always remain in our hearts as an exemplary of a great human being, so kind and yet so genial, humorous and always modest!

Radmila Runic, with dad Bob and mom Mimica (Huntington beach, CA and Belgrade, Serbia)
Radmila Runic
November 14, 2019
Our encounter with Wayne was short but our memories of him will last a lifetime. He was a true gentleman and we were humbled to be in his presence.
Rest In Peace Wayne. Max and Anne McNiven. Peak Hill Australia
Max & Anne McNiven
November 13, 2019
This news brought both happy and sad feelings. As a pos-doctoral fellow I worked with Wayne at the Population Council and we would frequently talk on the weekends when he would come into the lab where I would be working quietly on my own. As an Australian far from home, he was exceptionally supportive and encouraging. In hindsight, this time at the Pop Council, and Wayne's commitment to improving reproductive choice, child health and science, were pivotal in my career.

We are thinking of Wayne and this family at Monash University in Australia today.
Moira O'Bryan
October 22, 2019
Wayne will be missed by friends and colleagues in the American Society of Andrology, but also long remembered for his many contributions to our understanding of male reproductive health.
Sally Darney
October 22, 2019
I am one of the lucky ones who worked for Wayne twice. He taught me so many things in science and in life that made me today. For my first oral presentation at ACS meeting, he went through the slide deck and had me practiced with him three times-I am still following the rules he told me every time when I prepare a presentation.
Wayne was a foodie and took me to his favorite Mexican restaurants many times and we would eat jalapeños in fists:-). Parties at his house were always flowing with good wines, excellent food and good jokes and anecdotes.
Thank you Wayne for sharing part of your journey with me and I'll always treasure the memories!
RIP and I love you!
Fang Li
October 17, 2019
I will always remember what a champion he was for science at CBR. He would often go into the labs and talk to the lab heads and look at the data and what was on the bench.
Aileen Marshall
October 16, 2019
Showing 1 - 8 of 8 results