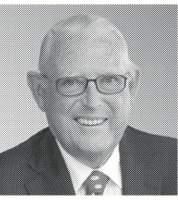 85, of Wiesbaden, Germany, passed away amongst family on Tuesday, March 6, 2018 in Pinedale, Wyoming. Born in 1932 in Wiesbaden, Germany to Elisabeth and Erich Haub he became one of the most successful German business entrepreneurs building The Tengelmann Group into an international retail empire spanning Europe and North America, including The Great Atlantic and Pacific Tea Company (A&P). After graduating high school, he completed his retail apprenticeship and then entered a traineeship program in North America in the early 1950s where he fell in love with the country while working at several prominent food retailers in Chicago and Los Angeles and for an import-export company in Cuba. Following his return home, he studied at the University of Hamburg under famous economist Prof. Karl Schiller and graduated from the University of Mainz with a degree in economics. But more importantly than his degree, he met his future wife and love of his life, Helga, while studying in Hamburg and they got married in 1958. They were blessed with three boys, Karl- Erivan, Georg and Christian, who were all born in Tacoma, Washington and cemented his lifelong love for America. Erivan entered the family business in Germany in 1963 and following the death of his uncle in 1969, he assumed the leadership of the Tengelmann Group in the fourth generation, and immediately began to expand the company, which at this point was a mid-sized food retail business operating just in Germany. He skillfully grew the company by acquiring key competitors and launching innovative new concepts to become Germany's largest supermarket operator. In 1979, he fulfilled his lifelong dream of expanding to America by investing in The Great Atlantic and Pacific Tea Company, the country's oldest supermarket business. He continued to diversify The Tengelmann Group expanding his food retail business across Europe, investing into home improvement retail enterprise OBI in Germany and launching the clothing discount retailer KiK. After the fall of the Berlin Wall he entered new markets in eastern Europe, fueling the company's growth culminating in The Tengelmann Group becoming one of the largest privately-owned retail companies in the world. Besides pursuing his business goals, he also was passionate about the environment. Inspired by his mother Elisabeth, who was one of the first environmentalists in Germany in the late 1960's, he embraced sustainable business practices throughout his business enterprise long before they became mainstream and won numerous awards and recognition for his leadership in this area. He went on to create the world's first university chair in business and the environment at York University in Toronto, Canada in 1991. Together with his wife he established the Helga Otto Haub School of Environment and Natural Resources at the University of Wyoming in 2004. In order to strengthen the German-American relationship, he first established the Erivan Karl Haub Executive Conference Center at St. Joseph's University in Philadelphia in 1988 followed by the Haub School of Business in 1997. He also became a lead benefactor of the The George C. Marshall International Center in Leesburg, Virginia. For his accomplishments in fostering the German-American friendship he received the Dr. Leo M. Goodman Award by the American Chamber of Commerce in 1996. At Pace University in New York, he helped to establish the Elisabeth Haub School of Law in 2016, to honor his mother and to support their highly regarded environmental law program. In 2004, the Federal Republic of Germany awarded him the Federal Cross of Merit, Germany's highest civil award for his lifetime achievements and contributions in business, culture, society and especially for the environment. At the beginning of the new millennium, Erivan transferred the leadership of The Tengelmann Group to his sons, Karl-Erivan and Christian and took over the role of Chairman of the company's advisory board. Following his 80th birthday and after 50 years of successful engagement in the retail industry, he retired and retreated into private life. Erivan Haub was a very generous philanthropist during his life supporting the well-being of his many tens of thousands of employees and embracing many causes in the communities his company served. He was an avid collector of American Western Art, a love he developed during the time he spent on his ranch in Wyoming where he raised a herd of American bison. Together with his family he decided to donate his collection to the Tacoma Art Museum as a sign of gratitude towards the community he first found a home at in America. He passed away peacefully on his beloved ranch in Pinedale, Wyoming and will be thoroughly missed by all who knew him. Erivan is survived by his wife, Helga, his son, Karl-Erivan and his wife Katrin with their children, Viktoria and Erivan, his son, Georg with his children, Robert, Alexander and Sarina and his son, Christian and his wife, Liliane with their children, Marie-Liliane, Maximilian, Anna-Sophia and Constantin.

To plant trees in memory, please visit our Sympathy Store.
Published by New York Times on Mar. 13, 2018.
MEMORIAL EVENTS
No memorial events are currently scheduled.
To offer your sympathy during this difficult time, you can now have memorial trees planted in a National Forest in memory of your loved one.
MEMORIES & CONDOLENCES
6 Entries
Mrs Haub

I just learned of Mr. Haubs passing. Please accept my sincere condolences. We will always cherish the memory of youself & Mr. Haub snowmobiling with us here in Labrador. Rest in peace Mr. Haub.
April 20, 2018 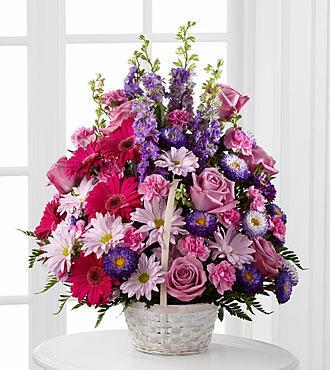 Arlyn Gagnon
April 9, 2018
Dear Helga,
Please accept my sincere sympathy and condolences in your loss of Erivan. He was a good man, who shared his vision of peace to inspire all people and make the world a better place to live. Chuck valued his friendship and treasured their time together discussing ideas to make the world a better place for all people. You and your lovely family are warmly remembered with love and prayers. Erivan will never be forgotten.