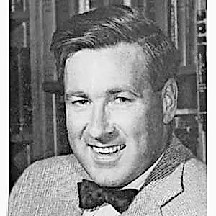 BORN
1925
DIED
2019
Born in New York on May 9, 1925, Sam Meek grew up in London and Greenwich, CT. He graduated from Greenwich Country Day School and Deerfield Academy, Yale Class of 1946 W and University of Virginia Law School. Mr. Meek served stateside as a Marine Lieutenant from Yale in WWII and Captain in reserves during the Korean War. At Yale he played Varsity Football and Soccer. He joined National City Bank (Citibank) and later Morgan Guaranty Trust as a Vice President. His career took him to Palm Beach where he worked at the First National Bank of Palm Beach and later of counsel to Cummings and Lockwood and Simses and Associates. A lifelong Episcopalian, Mr. Meek served as a Knight in the Venerable Order of St. John of Jerusalem. A skilled racquets player, marksman, skier and fly fisherman, he especially enjoyed his time at the Mastigouche Fish and Game Club in Quebec. His greatest abiding passion was his family: beloved late wife Marjorie Meek, sister Susan Meek McCabe, late sisters Elizabeth Meek Jeffery and Priscilla Meek Christy, four children, 13 grandchildren, a great-grandson and stepdaughter. Sam Meek's keen sense of humor leavened every life he touched. He died peacefully at his home in Palm Beach on Tuesday, February 26, 2019. A service and interment will be be held at Christ Church Greenwich, CT on May 25, 2019.
Published by Palm Beach Daily News on Mar. 3, 2019.
To plant trees in memory, please visit the Sympathy Store.
MEMORIAL EVENTS
To offer your sympathy during this difficult time, you can now have memorial trees planted in a National Forest in memory of your loved one.
MAKE A DONATION
MEMORIES & CONDOLENCES
1 Entry
I am so very sorry for your loss. May the God of comfort be with you in your time of need.
MT
April 2, 2019
Showing 1 - 1 of 1 results