Noted Filmmaker and theater patron Delbert "Del" Tenney, 82, passed away quietly at his home in Jupiter, FL, February 21, 2013. Del was born in Mason City, IA, and moved to California with his parents at age 12. Attending LA City and State College, he developed an interest in theater, making a living as an actor for most of his young adult life. He acted on Broadway and did extra work in films Stalag 17 and The Wild One before moving to New York. Following successful stints of summer stock, he moved behind the camera as assistant director on independent films. He then co-wrote and co-directed his production of Violent Midnight. Del then made B-movie horror history bringing to the screen cult classics like The Horror of Party Beach and The Curse of the Living Corpse. Along with his wife, Margot Hartman Tenney, Del created the acclaimed Hartman Theater in Stamford, CT. They produced and acted in shows everywhere from the Sharon Playhouse to the Newport Theater and Westport Country Playhouse to the Helen Hayes Theater in NY. Their philanthropic and artistic support of a multitude of theaters was widely known, including The Musical Theater Works in New York City and The Palm Beach Shakespeare Festival in Jupiter, FL. Del was an instrument rated pilot for many years. He was also involved in real estate. He built spec homes in Lakeville, CT; Marathon, FL; and condominiums in Middletown, RI. He ran Hanover Realty with his son, Matthew and was the president and co-executive director of The First Stamford Corporation. More recently, Mr. Tenney formed Del Mar Productions with his wife, Margot, and Kermit Christman. They produced the movies The Clean and Narrow, Do You Wanna Know a Secret? and Descendant. Del resided in Jupiter, FL and Greenwich, CT. He is survived by his lovely wife, award-winning actress and patron, Margot Hartman Tenney, as well as children, Matthew Tenney, Karen Tenney, and Jesse Tenney; along with seven grandchildren, Asara, Gwen, Claire, Curtis, Kaya, Ariana and Valerie. His constant smile, loving support and sense of humor will be missed by all who knew him. There will be a viewing at 5:00 PM to 8:00 PM on Thursday, February 28, 2013 at Leo P. Gallagher & Son Funeral Home in Greenwich, CT.
Published by The Palm Beach Post from Feb. 28 to Mar. 1, 2013.
To plant trees in memory, please visit the Sympathy Store.
MEMORIAL EVENTS
To offer your sympathy during this difficult time, you can now have memorial trees planted in a National Forest in memory of your loved one.
Funeral services provided by:
Leo P. Gallagher & Son Funeral Home
MAKE A DONATION
MEMORIES & CONDOLENCES
22 Entries
so sorry to hear of Del,s passing. ive loved ,,horror of party beach,, since I was a kid. I,ll put on one of his movies tonight in memory of him.
dave piper
March 18, 2013
Margo and family

My deepest sympathy to you and your family in the passing of Del.
I am sorry to hear thie news.

Susan' s sister and Christian's Aunt down the street..
Martha Lapierre
March 9, 2013
My father in law, Ed Poltrack, was a detective in The Horror of Party Beach, and we've watched the film many times with family. Always a great experience that has brought us together. As a sci fi writer (Star Trek: TNG, Stargate SG1), I've always been inspired by filmmakers like Del Tenney who had the courage to create their own unique vision on the screen. God bless, Del.
Ron Wilkerson
March 5, 2013
Thank You for the movies you made that started mt life long love with films. God Bless You Mr Tenny for the legacy you leave behind.
Jonathan Jordan
March 3, 2013
My deep condolences. We have lost not just an artist but a good man.
Mike Cacace
March 1, 2013
Thank you so much for all of your cult movie classics. May the memory of "The Horror of Party Beach" live on forever! RIP and thank you.
Brian Marshall
March 1, 2013 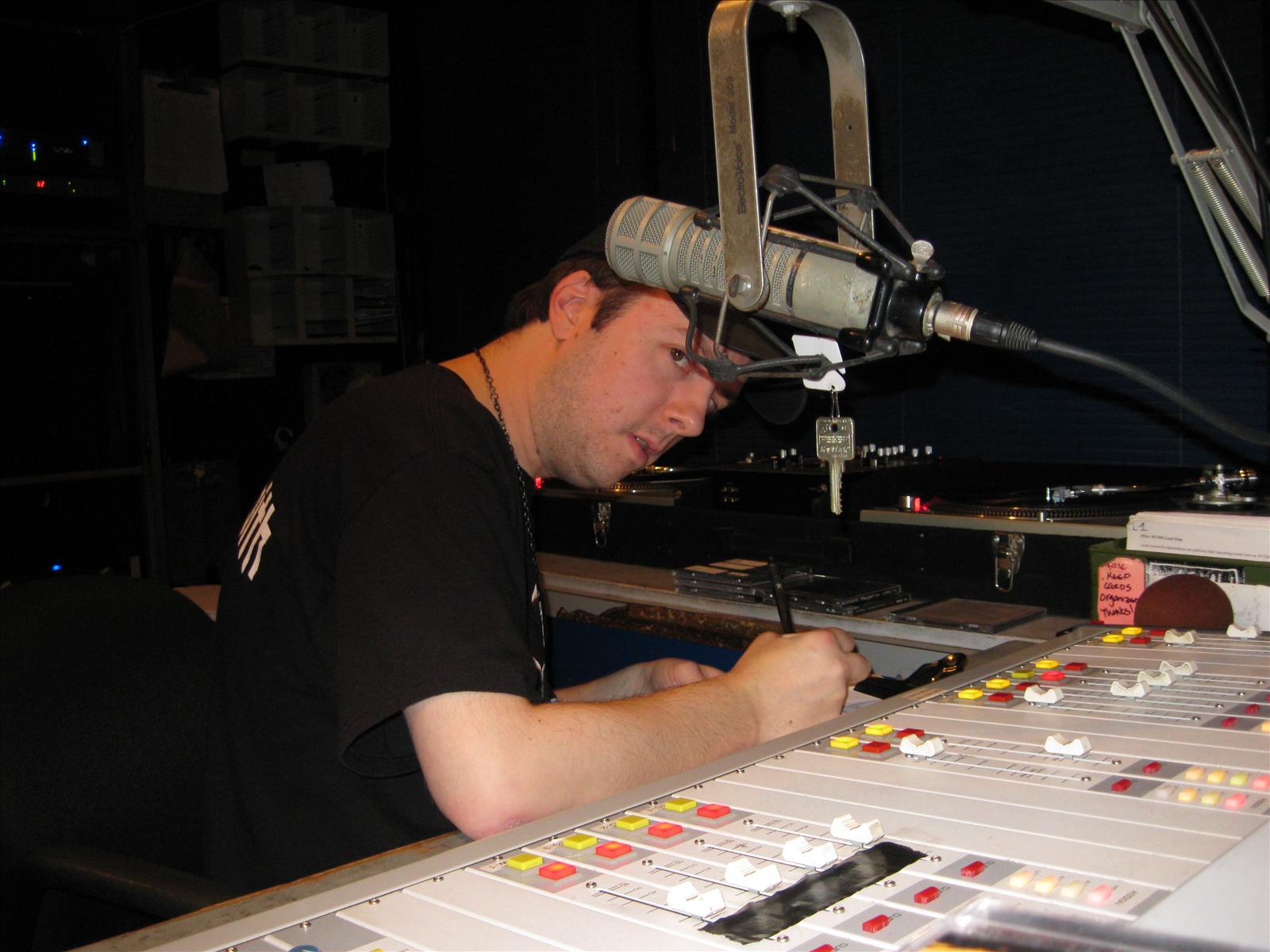 Thank you for all the awesome movies and body of work you left behind. This movie buff truly appreciates all you've done!! Go get some rest, you've more than earned it, my friend :)
Joseph N Frezza
March 1, 2013
REGIS DOBSON
March 1, 2013
His movies always made me happy.Will be missed...
Chris Huziak
February 28, 2013
Thank you for all the wonderful films, Del. You made me, my friends, and family very happy.
February 28, 2013
I'm a 33 year old living in Oklahoma, and I just heard of Delbert "Del" Tenney's passing. First, I would like to say I'm a big fan. Horror Of Party Beach is a movie I watch at LEAST twice a month. I hope he & his family realize that he was very loved in my fandom family. Second, I want to offer my condolences to his family and friends. I can't comprehend what a huge loss this is to you, and I hope that knowing he was loved,and will be loved, for years to come will bring you some comfort. This world was blessed to have him in it. Thoughts and love to his friends and family.
Kimber Jones
February 28, 2013 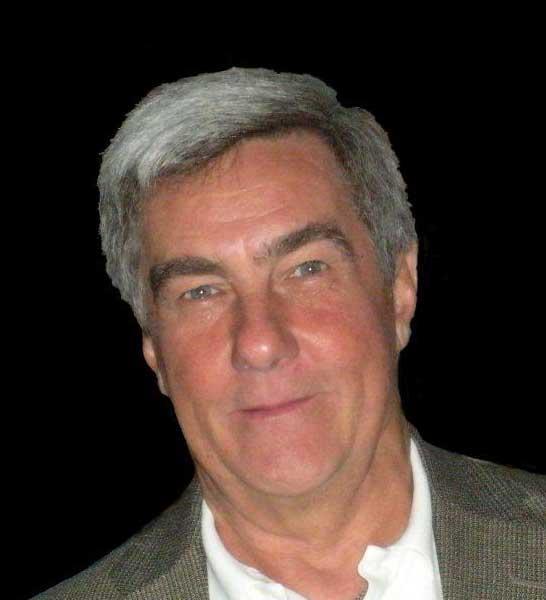 I fondly remember working with Del at The Hartman Theatre during the early years of my theatrical career. Both he and Margot, through their endless thoughtfulness and deep concern, were a great influence in making my dreams as well as many other star struck novices a reality.
David Feight
February 28, 2013
i remember the movie showing at the starlight....it was as if the whole town was there....rip delbert tenney......
pam ryan
February 27, 2013
For years your film "the Horror of Party Beach" has brought joy to three generations of our family.Henry and Ed Poltrack had bit parts. The comic book version was fun. Thank you.
Betty Poltrack
February 27, 2013
Working with Del for 28 years through good and bad was an absolute pleasure for me and my wife, we spent a lots of good times together, he will be miss but his memory and smile will be in our hearts. my condolences to Margot and Family. Love you all Lucinda & Sam
S M
February 27, 2013
I remember the night when we sat on a blanket at Shippan Drive-In waiting to see our uncles in the Horror of Party Beach. This movie has been a topic of conversation in our family for almost 50 years. We have collected the VHS tape, the DVD , Movie Posters, original artwork and the comic book. Thanks for happy memories.
John Poltrack
February 27, 2013
Sorry to hear of Mr.Tenney's passing. Starlight Drive Inn was packed when Horror of Party Beach played! My condolences to the family.
Ken Trout
February 27, 2013
The three years I worked for DEL he was like my farther I had lost years ago you will be missed one of a kind rip. I will keep praying for the family
REGIS DOBSON
February 26, 2013
My dad was one of the detectives in "The Horror of Party Beach". The experience brought continued joy to him throughout his life. n his later years he was applauded at a Halloween showing at the Rich Theater when my brother in law announced to the theatergoers that Dad was in the audience. My kids were surprised at MGM Hollywood Studios in Disneyworld at a drive in style restaurant when Grandpa's face appeared on the movie screen in front of us as we ate our meal. It was interesting to read in the obituary that Del was involved with Stalag 17. My dad played the part of Price in a local Stamford stage production. Dad and Del were also both pilots. May your family memories be as bright and positive as ours.
Barbara Poltrack-Dworak
February 26, 2013
Working with Del in the family's many business interests for the last six years has been a pleasure exceeded only by the joy he brought to every one he met on each visit to the office as he "stayed in touch". I will miss his smiling face and his endless thoughtfulness and deep concern for the well being of everyone with whom he came in contact.

Barbara Lane
February 26, 2013
He was a wonderful brother to my father-in-law and a loving uncle to my husband. We loved him dearly and he will be forever remembered for his kindness and love to so many. We will always have fond memories of our Uncle Del. One of a kind, one forever in our hearts.
Janie Tenney
February 26, 2013
My father and uncle were in Del's "The Horror of Party Beach," and I can't begin to tell you the joy this bit of cult-classic screen-time gave to our entire family for generations. Starting right from all the cousins piling into the cars to go see its premiere at the Drive-in. RIP, Del. Your star will shine bright.
Beverly (Poltrack) Wilkerson
February 26, 2013
Showing 1 - 22 of 22 results