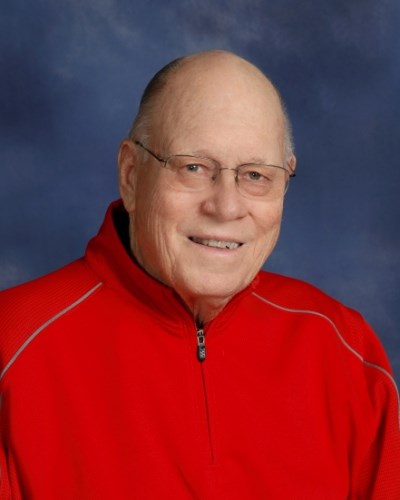 BORN
1931
DIED
2021
Hopkins, MN – Johannes Helms, a long-time resident of Valparaiso, IN followed by ten years in Mesquite, NV and four years in Hopkins, MN, died peacefully on Thursday, September 16, 2021 at the age of 89. Known as John, he was born in 1931 in Jeypore, India where his parents served as part of Germany's Lutheran Breklum Mission from 1930-1950. He finished high school at Kodaikanal in southern India in 1949, came to the United States to attend Valparaiso University from which he graduated in 1953, and became a U.S. citizen in 1962. He also held an MA and a PhD in Classical Studies from the University of Michigan.

John was a devoted Classics professor who began his teaching career at Luther College in Decorah, IA and later returned to V.U. where he was a professor from 1963 to 1995. During his tenure there, he served as Director of the Overseas Study Center in Reutlingen, Germany (1992-95), led mini-session courses to Greece and Italy, and served as Foreign Languages department chair and as the University Marshal. He also developed and managed the university's credit union.

John met his wife, Edith (Dorothea) Ofstedal, while teaching at Luther College and they were married in 1958 at First Lutheran Church in Decorah. They were faithful members of the Lutheran church throughout their lives and were instrumental in starting the Mesquite Lutheran Childcare Center in Nevada in their retirement years. John loved to travel, was young at heart, and was known for his outsized personality and sense of adventure. He will be remembered for living a life full of gratitude, caring and service to others.

A memorial service will be held in 2022 at Immanuel Lutheran Church in Valparaiso, IN where John's and Dorothea's cremains will be interred in the Memorial Garden. Memorial gifts may be made to either the Lutheran Diaconal Association, 1304 LaPorte Ave., Valparaiso, IN 46363 or Mesquite Lutheran Childcare Center, 450 Turtleback Road, Mesquite, NV 89027.

Published by Post-Tribune on Oct. 2, 2021.
To plant trees in memory, please visit the Sympathy Store.
MEMORIAL EVENTS
To offer your sympathy during this difficult time, you can now have memorial trees planted in a National Forest in memory of your loved one.
MAKE A DONATION
MEMORIES & CONDOLENCES
3 Entries
We are saddened to hear of John's passing and send our prayers for comfort to his family. He entered our lives at two significant times. The first was during Chuck's undergraduate years at Valpo where John was his Greek professor. Then John & Dorothea were members of Mesquite Lutheran Church when Chuck was called in 2004. They also helped us celebrate our son Michael's graduation from Valpo in 2006. We were blessed to know and work with John & Dorothea. Both were true examples our God's love in action and we miss them already. May they rest in Jesus peacefully.
Chuck & Kathy Pauson
October 18, 2021
John and Dorothea were among the first people we met at VU. Their gracious hospitality brightened many an evening.
Fred and Marie Kavanagh
October 8, 2021
John was a special friend and I cherish many fond memories. We had many good times managing Valparaiso University Federal Credit Union.
George Sperry
October 4, 2021
Showing 1 - 3 of 3 results