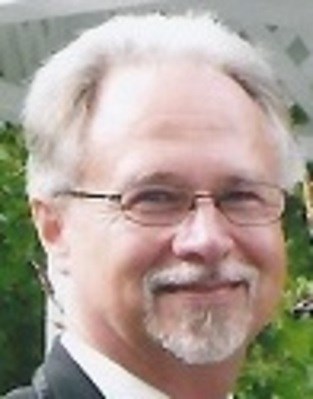 James worked as a Clinical Therapist for 11 years, he loved his job. He enjoyed reading, working on his ancestry, and watching sports. James was an avid Packer fan. He liked hiking at High Cliff State Park. His greatest love and enjoyment came from spending time with his family, especially his grandchildren.

Memorial service will be 6:00 PM on Wednesday September 18, 2013 at VALLEY FUNERAL HOME. Visitation will be at the funeral home on Wednesday beginning at 3:00 PM until the hour of service. In lieu of flowers, a memorial has been established.

Published by Appleton Post-Crescent on Sep. 15, 2013.
To plant trees in memory, please visit the Sympathy Store.
MEMORIAL EVENTS
To offer your sympathy during this difficult time, you can now have memorial trees planted in a National Forest in memory of your loved one.
Funeral services provided by:
Valley Funeral Home - Appleton
MAKE A DONATION
MEMORIES & CONDOLENCES
51 Entries
Aunt Jan and family of all types, I'm so sorry for your loss! May your tears lessen throughout the months ahead. May they be soothing. And may you laugh again, sooner than you think you can. :)
Stacci Barganz
September 27, 2013
I am deeply saddened by the loss of one of the best therapists I have ever had. I learned so much from Jim. So much more than ever got to thank him for. He was such a gentle kind spirited man. He often talked about his love for his bride Jan, and how much he loved her, take joy in knowing he loved you so much.
Kathy Hagen
September 26, 2013
I had the honor of working with Jim during his involvement with the Board of Directors of NAMI Fox Valley. I appreciated his dedication to the organization and his kind manner. I am so sorry for your loss.
Karen Aspenson
September 18, 2013
Jan - Our thoughts and prayers are with you at this most difficult time. One of our greatest joys was meeting Jim and being there to share in your marriage ceremony. We love you!
Barb & Robin Gregg
September 18, 2013
Diane and Amy,

I am so deeply saddened to hear of the loss of your beloved brother, Jim. Please know you are in our thoughts and prayers. We are also wishing you peace and comfort at this most difficult time. And Diane - I was blown away to see the striking resemblance between you and Jim. WOW!
Hugs and love to you both!
Kathi Mello
September 17, 2013
Jan, we are so sorry for your loss. Jim did such a wonderful job officiating our wedding two years ago.
Tim and Kelly Miller
September 17, 2013
Dear Jan, So sorry to hear of your loss. May God keep you in His care. My thoughts and prayers are with you. Anita
Anita Harder
September 17, 2013
Tom,

Our sympathy goes out to you. Please let use know if there is anything we can do at all. Call anytime. I will remember that Jim always had a smile on his face. The boys wanted to express how they loved to play games with him and be around him. He will be missed. 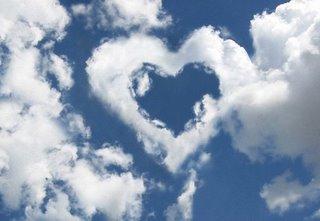 devoted to aiding others, Jim, will remain in memory as a sweet, caring and creative soul. now a treasure. our prayers extend to the family
Steve Edwards
September 14, 2013
Thinking of Jim's family as they endure the greatest of heartaches. Our thoughts and prayers are with you all.
Ben and Sandy Holmes
September 14, 2013
Jan,
You have been on my mind ever since we spoke on the phone earlier today. Dennis and I want to again express our heartfelt condolences to you and to the rest of Jim's family.
Dennis and Connie List
September 14, 2013
Heartfelt thoughts and prayers for my dear friend Jan and all of Jim's family at this difficult time. May you find peace and strength through those that love you. xoxo
Jill Culp
September 14, 2013
For Jan xo
Valerie M
September 14, 2013
So sorry for this incredible loss. Jim was a very kind and gentle soul. My heart is with your family.
Valerie M
September 14, 2013
Jimmie not a day will go by that you won't be missed. You were an inspiration to me, you always knew how to stay positive about everything in life. I will dearly miss all of our ice cream outings, cook outs and doggie play dates. I wish I ever had the chance to tell you what you meant to me. You were always there to help Dan and I whatever it may have been.
We will do our best to take care of your beautiful bride and your playful pup. May you be at peace.
All of my love forever -Amy
Amy Prahl
September 14, 2013
Thinking of you, my sweet friend, Jan. my heart breaks for your loss, and for Jim and his whole family. XO
Sandie Gallagher
September 14, 2013
Peace be with you, Jan, and all the family as you go through this very difficult time. Love to you.
Marion Phalan
September 14, 2013
Jimmie not a day will pass that we won't miss you. You were such an inspiration to me to always stay positive no matter what threw my way. I will miss dearly all of our ice cream runs, cook outs and dog play dates. You were and always will be so loved by this family and I will forever cherish our memories. We will take care of your beautiful wife and Flex forever.
All my love forever,
Amy
Amy Prahl
September 14, 2013
Showing 1 - 51 of 51 results