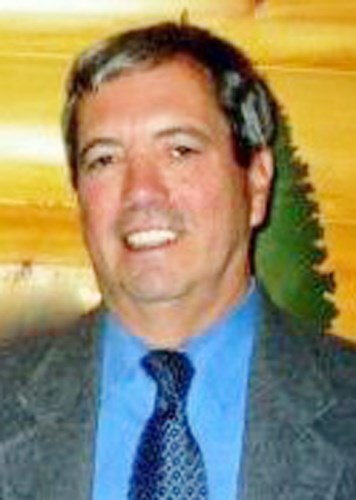 CHESTERTOWN - "Fred" left this world December 17, 2021 at Glens Falls Hospital after a seven-month long battle with cancer. Fred loved his heritage as a Scotsman and lived his life as such and even in death was a fierce warrior. He was brave and humble and never complained throughout his life. As long as he had the love of family and friends and had a good book to read, he was happy. The word "bored" was never part of his vocabulary.

Fred was a quiet, reserved man with a gentle nature who worked tirelessly to protect the land rights of the Adirondacks. His passion was driven by his desire for people of all abilities to come to a fair balance in what is right for Adirondack citizens and visitors.

He was selected as a member of the Justinian Honorary Law Society and was admitted to practice in New York and Federal Courts.

Before law school, he served as an Air Force Officer in the U.S., in Aerospace Defense and later as Commander of a Special Classified Mission for Headquarters in the South Pacific and in support of the recovery of the Apollo 13 and 14 astronauts.

From 1995 to 2005 Fred served as Associate Court Attorney in the Essex County Court and Supreme Court.

Fred was appointed as Executive Director of the Review Board in April, 2005. He testified on land use issues at Congressional and New York State Legislative hearings.

Fred was elected as Supervisor for the Town of Chester and remained so for 24 years. He was the past Chairman of the Warren County Board of Supervisors. Fred was also Director and one of the founders of the Adirondack Association of Towns and Villages. He represented Warren County on the DEC Open Space Committee. Fred served on the federally funded New York, Vermont, New Hampshire and Maine Northern Forest Lands Council Advisory Committee and the steering committee for the Adirondack Park Regional Assessment Project.

After retirement, Fred decided his work was not done. He obtained his Real Estate Broker's license and joined his wife's business, Najer Realty. He also continued as Communications Director for the Review Board. He was proud to pass the torch as Executive Director to Gerald Delaney, his friend for many years with the same passion as Fred had.

Even though his plate was full, his priority has always been his family and the place he called home on Blythewood Island in Chestertown. He never got tired and or too busy to make his family number one. He made it possible for his four children to enjoy boat rides and water skiing, tubing on the lake, fishing and adventures at the family camp in Polaris to relax or float on the river, skiing at Gore Mt. and White Face, trips to Myrtle Beach with all of us including the two "grannies", Joanie and Sarah. When it was vacation time, Fred never seemed he had any job but to enjoy, relax and go off the beaten path to discover a new adventure. He always made time to go to all the sports activities they were all involved in. Family dinners were of most importance to him, at a table to discuss "what was the best thing that happened to you today?". After dinner for many years, he would go back to the office but always needed that "dinner time" to revive his energy before he'd go back to his work. Little did we know then, this would be a precious memory.

Fred married his wife, Carol who he lovingly called "Comrade" on June 21, 1987. They enjoyed taking yearly vacations and two years ago were able to take a long awaited and much deserved trip to Fred's ancestry homeland of Scotland. The memories from that trip will be forever held dearly including, the scenery, the people and especially going to the "Monroe Castle". The Monroe Clan at the Museums we went to, talked of the strength, wisdom and morals the clan possessed. Fred became prouder than ever of his heritage after this trip.

Fred is predeceased by his parents, Sarah and Fred R. Monroe, his brother, Stephen Monroe, his mother-in-law, Joan M. Conway, his cousin, Robert Monroe and his niece, Shannon A. SanAntonio.

There will never be a man who is so humble, so fair, so balanced, soft spoken, kind and caring. As a friend stated so eloquently, "to sum up Frederick Monroe, we would all consider him a True Gentleman and Statesman. The world would be a better place and to honor Fred, be more like Fred".

Published by Post-Star on Dec. 21, 2021.
To plant trees in memory, please visit the Sympathy Store.
MEMORIAL EVENTS
Dec
23
Calling hours
11:00a.m. - 1:00p.m.
Town of Chester Municipal Center
6307 State Rte. 9, Chestertown, NY
Dec
23
Calling hours
4:00p.m. - 6:00p.m.
Town of Chester Municipal Center
6307 State Rte. 9, Chestertown, NY
Dec
23
Service
6:00p.m.
Town of Chester Municipal Center
6307 State Rte. 9, Chestertown, NY
Funeral services provided by:
Barton-McDermott Funeral Home Inc
MAKE A DONATION
MEMORIES & CONDOLENCES
Sponsored by Barton-McDermott Funeral Home Inc.
8 Entries
A positive outlook, a good listener with thoughtful observations, intelligent and kind, he was a natural leader who made his mark on our region. We need more like him.
Bill Dutcher
Work
December 23, 2021
Mt deepest sympathies to the family of Fred, he was such a caring and loved his family so much. I had the pleasure to work for him many year ago when I was starting my career. He was a great mentor and I enjoyed working for him. My parents worked with him over the many years in various ways and also considered him a friend, they had the deepest respect for him. Bless his family and cherish your memories.
Christal (Castner) VanWickler
Work
December 22, 2021
My sincere condolences to Fred's family, friends & community, of Fred's passing. Fred was the "Best Boss" my mother truly loved working for years ago in his law practice, she would mentioned it through out her years to us. I remember him as a gentle kind man with a loving heart & a true man to his word. Rest in peace Fred.
Kelly "Castner" Baldwin
Other
December 22, 2021
Our thoughts and prayers to Carol and family. Fred will be truly missed by so many, as he was "One of a Kind".
Bud and Reba Barnes
Friend
December 22, 2021
a born leader-Fred wasw highly intelligent and ediated . he will be missed
William Kenny
Work
December 22, 2021
My memories from growing up on Jones Rd and was friends with Fred and a long list of Loon Lakers. We often ended up at Blythewood Island to swim, talk to Mr & Mrs Monroe and always welcomed us. I also helped Mts Monroe clean the cottages before I worked for TJ Fish and Caroline Fish. Fred, was always a delight and accommodating even into the times I phoned him about Adk this or that! He bled Adirondacks and Loon Lake; thank God the Adk had him! So many great memories to cherish! My deepest sympathy to all the family.
Patti (Reardon) Eno
Friend
December 21, 2021
We are sure Fred is up in heaven catching up with Marv Cole regarding all the recent Loon Lake happenings. .. #sweetmemories
The Arsenault Family
Friend
December 21, 2021
A heartfelt thank you for your service to our country. Rest In Peace.
D
December 21, 2021
Showing 1 - 8 of 8 results