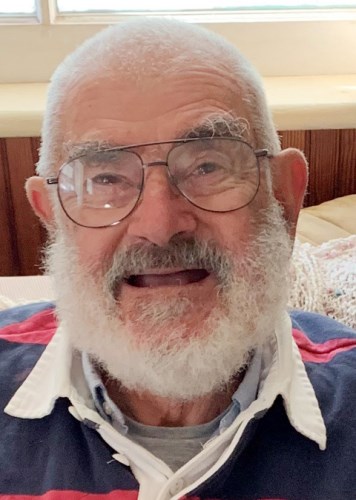 He grew up in Riverdale-on-Hudson, but always felt most at home in his family's Adirondack house on the North Woods Club Road in Minerva.

John attended public school in the Bronx. During the Korean War, he was honorably discharged from the Army after a short period in 1953, and he graduated from Fordham University in 1956.

He found his calling in the real estate business, working with Mary Walsh and then Robert E. Hill in Riverdale, where he became a fixture in Fieldston Real Estate and Property Management, his career through the rest of the century. His encyclopedic knowledge of every house and its history in Fieldston was frequently solicited, long after this retirement. John was honored, for decades, to serve as the non-Jewish buyer of "chometz", or forbidden bread products, during the Passover period from rabbis and congregants around the world. He performed this duty until 2019.

In 1962, he showed a Fieldston home to Gail Read Rau, and promptly fell in love, marrying in 1963. She survives him.

John and Gail returned to the Adirondacks in Minerva to live for 20 years, where John served on the town planning board as well as working shifts in the compressor and pump houses on Gore Mountain during winter. He loved the North Country, was an avid skier and took great pride in skiing with his children, grandchildren, nieces and nephews.

In lieu of flowers, memorial gifts can be made in John's name to the Adirondack Foundation in Lake Placid (adirondackfoundation.org). A remembrance and celebration of his life will be planned for the spring.

To plant trees in memory, please visit our Sympathy Store.
Published by Post-Star on Feb. 10, 2021.
MEMORIAL EVENTS
No memorial events are currently scheduled.
To offer your sympathy during this difficult time, you can now have memorial trees planted in a National Forest in memory of your loved one.
Funeral services provided by:
Alexander Funeral Home, Inc - Warrensburg
GUEST BOOK
Sponsored by Alexander Funeral Home, Inc - Warrensburg Alexander - Baker Funeral Home - Warrensburg.
1 Entry
Gail, my mom and I were sad to learn of John's passing and sorry to have not made it up there in the last couple of years. Condolences to you and the rest of the family.
Michael Brown
February 12, 2021