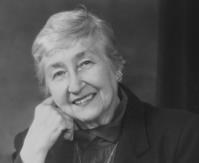 BORN
1931
DIED
2018
FUNERAL HOME
Monahan, Drabble & Sherman Funeral Home
210 Taunton Avenue
Providence, RI
LEWALSKI, BARBARA KIEFER
87, of 166 University Ave, passed away suddenly on March 2nd. She was a passionate scholar and prolific author, a tireless advocate for her students and an enthusiastic world traveler. From 1982-2010, she was chair of the History and Literature program at Harvard University, holding the William R. Kenan Professor of English Literature and of History and Literature and was Director of Graduate Studies from 1997-2003. From 1956-82 she taught at Brown University, holding the positions of Alumni-Alumnae University Professor from 1976-82, Director of Graduate Studies in English from 1968-72 and Chair of the Renaissance Studies Program from 1976-80.
She was the author of landmark books of criticism on John Milton's Paradise Lost and Paradise Regained, and her biography of Milton and her book on early modern women writers, Writing Women in Jacobean England are among her indispensable scholarly achievements. Her university career was equally groundbreaking. Barbara K. Lewalski was the first woman to be tenured and to hold endowed chairs at Brown University and then at Harvard University. She was awarded numerous grants and fellowships including a Fulbright Travel Grant, a NEA Senior Fellowship and two Guggenheim Fellowships. For four years she taught seminars at the Folger Shakespeare library and in 1986-87 was chosen to participate in the Distinguished Scholars Exchange Program lecturing at the Beijing Foreign Studies University as well as other institutions in China. She was active in MLA since 1956, became an Executive Council Member from 1980-1984 and presented over a dozen papers at annual conferences.Barbara was elected to: The American Philosophical Society (1986), The American Academy of Arts and Sciences AAAS (1980), The International Association of University Professors of English (1977) and chosen as an Honored Scholar by The Milton Society of America (1977). Barbara Kiefer Lewalski found her kindred spirit in her husband, history Professor Kenneth F. Lewalski (1925-2006). Married for 50 years, their shared passion of exploration and travel never dimmed. Travelling and often living overseas with her family created an indelible experience and formed lasting memories for all of us. Barbara is survived by a son, David Lewalski and daughter in law, Laurence Riviere Lewalski.A service of remembrance will be held on Monday March 12th at 4 pm at the Monahan, Drabble & Sherman Funeral Home, 230 Waterman St., Providence. A reception will follow. Calling hours are Monday from 1-4 pm. Feel free to add comments or thoughts on the Tribute Wall at Monahan, Drabble & Sherman Funeral Home's website. In lieu of flowers, donations may be made to in her name to the Rhode Island Philharmonic or to Doctors Without Borders. 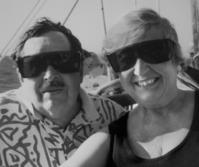 Published by The Providence Journal from Mar. 7 to Mar. 8, 2018.
To plant trees in memory, please visit the Sympathy Store.
MEMORIAL EVENTS
Mar
12
Calling hours
1:00p.m. - 4:00p.m.
Monahan, Drabble & Sherman Funeral Home
210 Taunton Avenue, Providence, RI
Mar
12
Service
4:00p.m.
Monahan, Drabble & Sherman Funeral Home
210 Taunton Avenue, Providence, RI
Funeral services provided by:
Monahan, Drabble & Sherman Funeral Home
MAKE A DONATION
Please consider a donation as requested by the family.
MEMORIES & CONDOLENCES
Sponsored by Monahan, Drabble & Sherman Funeral Home.
8 Entries
David, I'm learning only now, on Good Friday, of Barbara's death. I am heartbroken at the news. Your mother was so wonderful a woman, so great a scholar, so loving a mother. She and Ken were among our closest friends in our years at Brown in the late 1950s and early 1960s, through easy times and hard times-- and I remember their joy in having you as a son. All my sympathies for you as you mourn this splendid woman. Natalie Zemon Davis
Natalie Zemon Davis
Friend
March 30, 2018
Barbara Lewalski was a hugely important influence on the way I think about and teach English literature, and especially the literature of the English Renaissance. When I was at Duke, I discovered her book Protestant Poetics and the Seventeenth-Century Religious Lyric. That book modeled for me a way to bring together my interest in and knowledge of the Bible, theology, and literature--it's solid cultural history; it's among the five most important books which have influenced me as a scholar of the Renaissance. I also have in my personal library her book on Milton's Paradise Regained entitled Milton's Brief Epic as well as other books and articles by her which have shaped my thinking. I never met her, though I passed her in the hallway of Duke's library once, when she was there for some conference or other; I still regret not working up the courage to introduce myself. She was a great scholar, and I'm indebted to her.
William Tate
Covenant College
March 29, 2018
It was my good fortune to be Barbara Lewalski's first Ph.D. advisee at Brown University, 1963-64. She was an exemplary scholar and a kind person who encouragd me in spite of my limitations, I value her memory.
Roberts French
March 18, 2018
Dear David and Laurence,
Please accept my sincere expression of sympathy after the death of your mother whom I always admired very much. The service today was beautiful and moving. I am sorry that i was unable to come to your house but i had made a previous engagement. I am very sorry for your loss and send you my best wishes during this period of sadness. Yours sincerely, Henry majewski
Henry Majewski
March 12, 2018
Please accept my deepest condolences for your mother's loss. Tracey and family
Tracey Corporan
March 12, 2018
marlene twaddell
March 12, 2018
Offering condolences for the loss of your loved one. May God be your comfort and strength during this difficult time.
March 8, 2018
Please accept our condolences on the loss of your beloved Barbara Lewalski. May you continue to feel comforted by the love and support of family and friends. Isaiah 57:15
Jen B
March 7, 2018
Showing 1 - 8 of 8 results