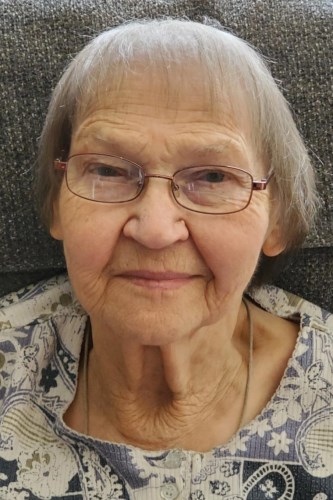 Shirley Lorraine Stahmer was born June 28, 1930, at rural LeClaire in Scott County, Iowa, to the late Emil Martin, Sr. and Dora Marie (Feddersen) Stahmer. She attended rural schools in Clinton County. On June 29, 1947, Shirley was united in marriage to Raymond Monroe Starr at the United Methodist Church, Maquoketa. She was a homemaker, raising their eight children and assisting her husband with farm operations. Raymond preceded her in death September 3, 2017.

She enjoyed cooking, baking, and will always be remembered for being an excellent cook, making everyone's favorite for their visits. Her home was always welcoming as she was always ready and willing to whip up a meal, with ice cream for dessert. Her cinnamon rolls and oatmeal biscuits were loved by many. Shirley had a great sense of humor. Reading the newspaper every day, she kept up on current events.

Visitation will be from 10:00 a.m. until the service time of 12:00 noon, Tuesday, April 6, 2021, at Schultz Funeral Home, DeWitt. Burial will follow at Elmwood Cemetery, DeWitt.

Condolences may be expressed and a photo tribute viewed at www.schultzfuneralhomes.com