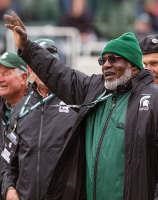 He was born on Sept. 3, 1945, and died on Dec. 29, 2016, but during the 71 years, three months and 26 days in between his impact on those around him was as powerful as his mighty hands, his mesmerizing voice and his prodigious spirit.

The dash, that little horizontal line on one's gravestone, is what Dwight Loniel Lee emphasized - in a smooth, God-like baritone - whenever he told his story.

When your eulogy is being read

With your life's actions to rehash

Would you be proud of the things they say

About how you spent your dash?

Southern poet Linda Ellis's "The Dash" was a favorite of Lee, the one-time football star, longtime Springfield resident and beloved drug and alcohol counselor and spiritual advisor at Eugene's Serenity Lane, who lost his life last week after a brief battle with liver cancer.

It was a life of euphoric highs and dark lows that Lee ultimately turned around after getting sober in 1993 and then dedicating his life to helping others recover from the ravages of addiction.

"I was a chief addict and alcoholic from my years in sports," Lee told a crowd gathered on Oct 26 at Venue 252 for Serenity Lane's fifth annual Community Service Awards Breakfast. "Sports opened up a lot of doors for me, but it also opened up some dark, shadowy doors. All the addicts and dealers of the world followed us around to our games and to our parties and just gave us this stuff. But that part of my life equipped me for the job I'm doing today."

A legendary high school athlete in the early '60s, who earned 16 varsity letters in four sports in his hometown of New Haven, Mich., Lee received multiple scholarship offers but stayed close to home and played football at Michigan State University. A powerful, 6-foot-2, 192-pound running back on MSU's back-to-back national championship teams in '65 and '66, Lee played against UCLA in the '66 Rose Bowl and also in "The Game of the Century," a 10-10 tie against top-ranked Notre Dame, on Nov. 19, 1966.

Primarily a blocking back (one so punishing an MSU assistant coach tabbed him "The Human Machete") on those top-ranked Spartan teams, Lee was named MVP as a senior in '67 after he led the team in rushing with 497 yards. The San Francisco 49ers made him a fifth-round draft choice in 1968.

But he played just two games for the 49ers before being traded to the Atlanta Falcons for the remainder of his rookie year.

After a 1969 season with the Canadian Football League's Montreal Alouettes, and a failed 1970 tryout with the NFL's Baltimore Colts, Lee returned home to Michigan - where he had been raised as the second-oldest of Walter Perry Lee Jr. and Lenora Vivian Smith Lee's 10 children - to play semi-pro ball for the Macomb County Lions.

Lee moved to Oregon in 1974 to play for the Portland Storm of the short-lived World Football League that folded in 1975.

His story during the next decade is hazy, according to his twin daughters, Kelly and Jennifer, peppered with tales of frequent run-ins with Portland cops and even a short prison sentence for robbery.

Lee's turnaround began with his marriage to Phyllis Adella "Della" Lee on March 23, 1985, two months after Kelly and "Jenni" were born prematurely at six months, each weighing barely a pound. So tiny were the twins that a family photo shows each cradled in the palms of their father's enormous hands.

He was fiercely proud of Kelly and Jenni, 2003 graduates of Springfield High School. Both were outstanding students and earned college scholarships, Kelly to Harvard University and Jenni to the UO. Both graduated and went on to earn master's degrees.

"You are my life's greatest blessings," he told them, shortly before he died peacefully at home.

Lee's struggles with addiction would play a role in his divorce from Della, but the two eventually remarried after he re-committed to sobriety, and they remained together until her death in 2012 from complications of diabetes.

The final two decades of his life were dedicated to taking care of his family and carrying the message of recovery at Serenity Lane and in the rooms of Alcoholics Anonymous. And that message, for Lee, always came with a spiritual bent.

"I love doing the lectures," he said at the Serenity Lane awards breakfast, in which he received the organization's inaugural Spiritual Advisor Award. "I love when the light bulb gets turned on in the hearts of others. And that's the key. I don't talk to them," he said of Serenity Lane patients. "Because most of them are spiritually bankrupt. I talk to the spirit of God that is in them and make that connection."

Lee earned his associate degree in drug and alcohol counseling from Lane Community College in the '90s and was hired as a counselor at Serenity Lane in 2000. He counseled thousands of patients over the years before being named to the spiritual advisor post.

He was preceded in death by his parents, his wife and brothers Walter Perry Lee III, Leslye Alan Lee and Gordon Randal Lee.

A celebration of life will be held at 1:30 p.m. Saturday, Jan. 7, at DaySpring Fellowship, 1580 River Road, in Eugene. Overflow parking available across the street and at Christian and Missionary Alliance Church, 490 Howard Ave., with shuttle service available.

Flowers may be delivered to the church. Donations in Lee's name may be made to Serenity Lane. All proceeds go toward the building of a meditation center to be named in his honor. 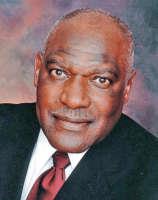 Published by Eugene Register-Guard on Jan. 5, 2017.
To plant trees in memory, please visit the Sympathy Store.
MEMORIAL EVENTS
To offer your sympathy during this difficult time, you can now have memorial trees planted in a National Forest in memory of your loved one.
MAKE A DONATION
MEMORIES & CONDOLENCES
Sponsored by His children, who love and miss him always.
11 Entries
The human machete says it all. He truly was a spiritual man who I'm sure helped guide others to another path less traveled. RIP Big fella.
Michael Bishop
January 10, 2017
Both Della and Dwight Lee were wonderful people and did well by their daughters, Kelly and Jenny! For 24 years I have known this exceptional family and felt blessed. Go well, be well.
Reba McDowall
January 10, 2017
To Kelly and Jenny and the rest of the family. I'm deeply sorry for your loss. I live out here in Dexter and the weather is unforgiving. Your father was like a brother to me. We would nearly always talk about our Christ when he would come around. I have some great stories to share with you. I pray that you would take comfort in knowing that your dad truly loved Christ and the people around him. May God bless and keep the family.
John Large
January 7, 2017
To me as a kid and cousin, he was the "Great Dwight Lee" We loved him for all he did for the Lee family in New Haven, R.I.P. Chandler Bancroft Lee (Baltimore, MD)
January 7, 2017
Dwight was instramental in my recovery. He helped me let God take my shame by telling me that "there are no mistakes only lessons that God takes me through to bring me to the place where God can use me" Dwight Lee
Lance Crandall
January 7, 2017
Dwight remains the greatest all-around athlete in New Haven High School history, and he was a star-among-stars on two of the best football teams in MSU Spartan lore. But his greatest legacy is the profound impact he had on so many troubled souls once he found the courage and the will to conquer his own demons. Ultimately, his life story is one of triumph, fulfillment and service to others.
Kirk Heinze
January 5, 2017
Our community has lost one of God's angels here on earth. We will miss him dearly, but I know Harry is waiting in heaven to greet him.
Carol Rossow
January 5, 2017
Have a gentle rest, Dwight. You have earned your star!
Jean Bentley-Lampe
January 5, 2017
WILLIE SIMS
20256 NORWOOD ST
DETROIT, MI 48234
January 5, 2017
As the days and weeks pass, and as you return to life's routine, may you continue to feel comforted by the love and support of family and friends.
Julia Baca
January 5, 2017
I always loved seeing his smiling face come thru the door of the bank I worked for he always had a kind word for everyone around him prayers and blessings to his family
Marcy Hibbs Rogge
January 5, 2017
Showing 1 - 11 of 11 results