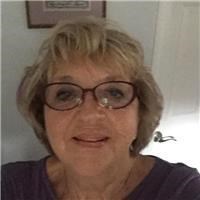 FUNERAL HOME
Avery-Storti Funeral Home - Wakefield
88 Columbia Street
Wakefield, RI
Marilyn H. Favali,76, of Narragansett, RI went to rest on August 15, 2021 surrounded by her loving family. She was the eldest daughter of Earl and Grace Johnson Hays. She earned a bachelors degree from Faulkner Hospital in Boston, Massachusetts. She was a medical professional that dedicated her life caring for others. She began her nursing degree as a registered nurse in the operating room at Rhode Island Hospital and later served her patients in the Endo department,OR, interventional radiology, breast health and PAT at South County Hospital.
Her most valued role and devotion was to her children. She was the loving mother of Kristen Martone and her husband, Michael of South Kingstown, Robert Favali and his fiancé Lela Gagnon of Chepachet, Daniel Favali of Providence and Melissa Favali Bridge of Richmond, RI. With even more pride she was "Grammie" to Alexis, Joshua, Jackson, Reid, Kathryn, Grace, Ava, Deegan, Charlie, Marissa and to her great-grandson Silas. She held dear her role as big sister to G. Alan Hays and those predeceased being her brother Richard and sisters Jane and Martha. The one that will miss her most is her four legged companion and best friend Layla, an American Staffordshire Terrier. Marilyn shone bright in every room she walked into. Often being called by friends and patients their "Angel on Earth." Her friendships were cherished with laughter and fond memories whether of theatre, music on the beach and in the squares, girlfriend breakfasts and weekly lunches with each one being just as important as all the others. After retirement she loved practicing Reiki on her patients on their journey through cancer along with volunteering at Wolf Rock Animal Hospital where she spent her time with fuzzy friends as they recovered from post surgery. Her "natural gift" was always serving those around her and her memories with those will live on in hearts forever.
A Mass of Christian Burial was celebrated Thursday, August 19, 2021 at 10 a.m. in Christ the King Church, 180 Old North Rd., Kingston. Visiting hours were Wednesday, August 18, 2021 from 4-7 p.m. in Avery-Storti Funeral Home, 88 Columbia St., Wakefield. Burial will be in Pocassett Cemetery, Cranston. In lieu of flowers donations may be made to Animal Rescue League of Southern RI, P.O. Box 458, Wakefield, RI 02880 or Gloria Gemma Breast Cancer Resource Foundation, 249 Roosevelt Ave, Suite 201, Pawtucket, RI 02860. For guestbook and condolences, please visit averystortifuneralhome.com.
Published by Southern Rhode Island Newspapers from Aug. 19 to Aug. 27, 2021.
To plant trees in memory, please visit the Sympathy Store.
MEMORIAL EVENTS
Aug
18
Visitation
4:00p.m. - 7:00p.m.
Avery-Storti Funeral Home
88 Columbia Street, Wakefield, RI
Aug
19
Service
10:00a.m. - 11:00a.m.
Christ the King Church
180 Old North Road, Kingston, RI
Funeral services provided by:
Avery-Storti Funeral Home - Wakefield
MAKE A DONATION
MEMORIES & CONDOLENCES
Sponsored by Avery-Storti Funeral Home - Wakefield.
5 Entries
So sorry to hear of your Moms passing Kristen. My thoughts are with you.
Nancy Hanoian
Other
August 23, 2021
My condolences to the Favali family. I had the pleasure of working with Marilyn many years ago, she a wonderful woman .
Patricia Carey
August 18, 2021
Rest in peace , dear Marilyn. You were one of the sweetest, nicest people I have ever known from high school through our nursing careers.
Carol F Ross
August 17, 2021
So sorry for the loss of such a wonderful person. All the joy you brought to the world will be missed and remembered.
Lorine Foley
August 17, 2021
My deepest sympathy to Kristen,Robbie,Danny,and Melissa. I am deeply sorry for the loss of your Mom. Marilyn was a great person,friend and one of my mentors early in my Peri-Operative nursing career. She was always very kind and taught me many valuable lessons. She was a devoted Mother and a true friend. Always putting her patients,friends and others before herself. She was always quick to share a laugh especially with my Dad Mike who always would refer to her as his "girlfriend ". I have many fond memories of her through the years and was privileged to be among her many friends. You are all in my thoughts and prayers at this difficult time.
LeeAnn Falcone Maroni
August 16, 2021
Showing 1 - 5 of 5 results