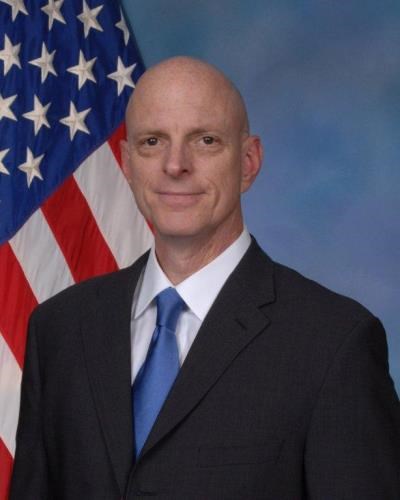 Brent Brownhill Boller, 63, passed on Monday, May 4, 2020. Brent was born on November 21, 1956 in San Diego, California, to William John Boller and Irene Brownhill Boller who both preceded him in death. Brent is survived by his wife, Jean; and daughter, McKenna; stepmother, Christina Boller, of San Diego, California; brother, Tim Boller, and his wife, Susie, of Boerne, Texas; sister, Margo Easter, and her husband, Brad, of Jacksonville, Florida.

After graduating from Grossmont High School in San Diego, Brent enlisted in the United States Air Force in 1975. He served 20 years, retiring as an officer. Brent was a broadcaster for the Armed Forces Radio and Television with tours in Greenland and Iceland. He was a Corp Commander and Distinguished Graduate of Detachment 840 Air Force ROTC at Southwest Texas State University where he earned a BA in Mass Communications/Media Studies.

Afterwards, Brent served as a Public Affairs Officer in the Air Education and Training Command and was deployed in Operation Desert Shield/Storm. In 1990, he received his MA in Communications from the University of Oklahoma. Brent retired from the Air Force in 1996 as chief of public affairs for the 12th Flying Training Wing at Randolph AFB.

As a civilian, Brent continued his work in broadcasting as a news anchor and co-host at KTSA-AM for 13 years, then as Interim Director of Public Affairs and Spokesman for Joint Base San Antonio. After retiring from federal civil service in 2014, he worked part-time at Texas Public Radio-KSTX.

Brent was a highly respected emcee, volunteering his time and beautiful baritone voice by hosting events for organizations like the American Red Cross, Fiesta's opening ceremony, San Antonio Symphony and the Air Force Band of the West.

Brent's life was devoted to his wife Jean of 31 years and his daughter, McKenna. He was also devoted to learning through travel and reading. Brent was a dedicated runner, completing many marathons and several triathlons.

A memorial service will be held at a later date. Memorial contributions may be made to Texas Public Radio or the Alamo Chapter of the Air Force Association which has honored Brent with a memorial scholarship.

Published by Express-News on May 10, 2020.
To plant trees in memory, please visit the Sympathy Store.
MEMORIAL EVENTS
Memorial service
Service details to be determined.
Funeral services provided by:
Porter Loring Mortuary North
MAKE A DONATION
MEMORIES & CONDOLENCES
Sponsored by Porter Loring Mortuary North.
10 Entries
Brent and I worked at the same radio statoon. He was serious about hia work and didn't have time to teach others. He did his job well. I'm sorry for your loss.
GARY Owens
Coworker
June 29, 2020
My condolences to the Boller family. I am truly sorry for your loss. I had the pleasure of briefly knowing Brent at my time with Starbucks. I am truly honored I met such a nice person. Ill always remember our 6am morning chats when you would drop by for a morning cup of joe. It was a pleasure serving you Brent. Ill have a Tall Pike with no room for you with a slice of coffee cake. You will be missed Mr. Brent.
Bianca R.
Friend
May 29, 2020
Brent was an important part of the Air Force community in San Antonio. He was a skilled public affairs officer, and he also participated in many, many retirement and change of command ceremonies and other events as a narrator. His memorable voice, his composure, and his inherent dignity added so much to so many events. A selfless leader, he left his mark in the military, and as a broadcaster in the community. He will be missed.
Valerie Johnston
Served In The Military Together
May 19, 2020
Very sorry that Brent is gone. He bravely faced a long and hard battle. I will miss his friendship and the community will miss his leadership. See you in the great beyond, RIP Brent Boller.
Kurt Harding
Friend
May 15, 2020
Brent was such a caring, kind, enthusiastic and focused person. very positive all the way to the end even in light of his difficult challenge. I have fond memories of his visits here to San Diego. He will be sorely missed. I am sure he is smiling on us from up in heaven. In Gods Grace, Linda McMorran
Linda Mcmorran
Friend
May 15, 2020
Linda Mcmorran
May 15, 2020
A great friend since the 1980s. Loved him as a friend and a co-worker. We had some great times together at KSPL in San Marcos and KTSA and Texas Public Radio in San Antonio. This man had a great laugh and could cook a mean brisket. Loved time spent with him and Jean on the Blanco River. He will be very missed.--Brian Kirkpatrick.
Brian Kirkpatrick
Friend
May 13, 2020
Very sorry to read of Brent's passing. I met him at a local gym because he was wearing a race t-shirt that I recognized, having run in that race. We began chatting and continued our shared interest in running. I learned of his vocation and often heard him on the radio. He was always pleasant and interesting to talk to and will be missed my many. A talented young man who left us all too soon. My sympathies to all of his family members.
Mardale Wilson
Family
May 10, 2020
I was assigned to the ATC NCO Academy at Lackland AFB in the late 70's early 80's as an instructor then as the first director of operations. Brent was assigned to the Academy as a personnel specialist. I was impressed by Brent's maturity and willingness to do whatever tasks assigned. Although his supervisor was the chief clerk, Brent worked for me during special events such as graduation banquets. He frequently sought my advice on personal matters and I never advised him to speak to his supervisor as I knew he valued my input. I was certain Brent would do well in his career after he mentioned he wanted to attend OTS. I left the Academy for England in 1981 and after retiring in 1984 I read about a Captain Brent Boller at Randolph AFB. I was very happy for Brent but was never able to visit him personally to congratulate him. So a belated congratulation on your success, Brent, and may you rest in peace. Retired CMSgt Lou Georgieff.
Lou Georgieff Georgieff
Friend
May 10, 2020
So sorry to lose such a great man. I loved listening to the "General" and Trey Ware while driving downtown to work most of those years Brent was at KTSA. I always thought it was a shame that Trey could not call him the General like we call David Robinson the Admiral. Brent's voice was always so distinguished on the air or in person. It seemed that we ended up doing our grocery shopping at the same time most weeks for some time. Brent was always very cordial when we would meet in the aisles. My deepest sympathy to his wife and daughter and all the family.
Robert Shelby
Friend
May 8, 2020
Showing 1 - 10 of 10 results