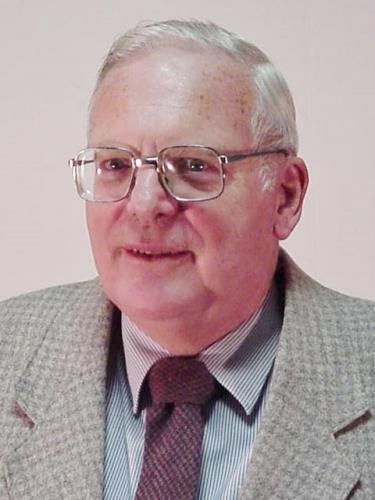 Bro. Hugh William Bihl died on July 27, 2020 at the Marianist Residence on the campus of St. Mary's University. He was 89 years of age and lived Marianist religious life for 67 years. He met the Marianists at Chaminade HS in Mineola, NY. After graduating, he went to the novitiate in Marcy, NY and made first vows in 1952. He received a Bachelor's degree in English from the University of Dayton; A Master's degree in English from Case Western Reserve Univ., Cleveland, OH; a Master's in Theology from Fordham, NY; and a Ph. D. in Theology from Fordham. He taught in Marianist high schools before becoming the Province Sodality Moderator at the University of Dayton. His commitment to Marianist laity was a source of pride. He was a professor at Loyola Univ. of New Orleans. He then began his missionary career in Nairobi as a professor at the Seminary there, before returning to the U.S. to join the formation community at the novitiate. He relished his time with young people. In 2013, he continued his missionary efforts with a formation team in the Philippines, before coming to the Marianist Residence in 2015. He was proceeded in death by his parents Albert and Alice Bihl; his sister, Mary Alice Mos. His niece, Dawn Baum of Fuquay –Varina, NC survives him. Bro. Hugh requested to be buried in Dayton, OH. Memorial Services will be held at a later date.

Published by Express-News on Aug. 2, 2020.
To plant trees in memory, please visit the Sympathy Store.
MEMORIAL EVENTS
To offer your sympathy during this difficult time, you can now have memorial trees planted in a National Forest in memory of your loved one.
Funeral services provided by:
ANGELUS FUNERAL HOME
MAKE A DONATION
MEMORIES & CONDOLENCES
Sponsored by ANGELUS FUNERAL HOME.
3 Entries
Our condolences to the Family. Gina and I are the barbers at the Marianist Center and were privileged to have met him.
Yolie
Acquaintance
August 6, 2020
May your hearts soon be filled with wonderful memories of joyful times together as you celebrate a life well lived.
August 4, 2020
I was a student of Bro Bihl's at Chaminade H. S. in Dayton OH. I remember him as an excellent, friendly, and caring teacher and was impressed with his accomplishments after he left C. H. S.