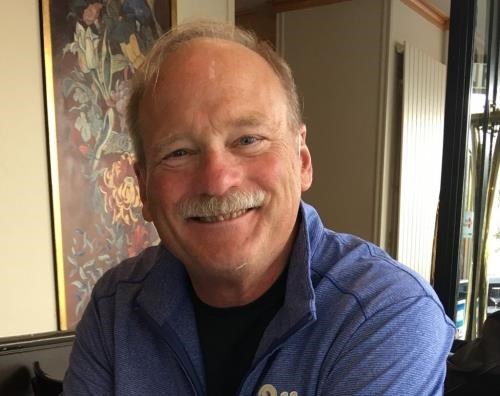 BORN
1954
DIED
2021
FUNERAL HOME
Duggan's Serra Mortuary
500 Westlake Avenue
Daly City, CA
Anthony Stephen Grzejka
May 11, 1954 - June 10, 2021
Anthony Grzejka of Hillsborough, loving husband and proud father of 2 sons, died in the early morning hours of June 10th, 2021 at the age of 67 at UCSF Medical Center in San Francisco. Suddenly and swiftly, pancreatic cancer claimed the man we love.
Tony, the son of Joseph and Jennie Grzejka, was born on May 11th, 1954 in Erie, Pennsylvania. His love of the water, beaches and swimming got its start as a lifeguard at Presque Isle and as a member of the swim team at Cathedral Preparatory School, from which he graduated in 1972. He continued swimming almost daily right up until the day he was diagnosed with cancer.
Tony attended the University of Pittsburgh and received his undergraduate and master's degrees in Chemical Engineering. At Pitt, he was a member of Phi Kappa Theta fraternity, serving as Social Chairman his senior year. In addition to making life-long friendships while at Pitt, he also met and fell in love with his wife, Helen. Following graduation, Tony went to work for Exxon Chemical Company in Florham Park, NJ and spent his entire 39-year career working for Exxon and its companies, retiring from Infineum in 2017. Tony ultimately settled into a career in Sales, and loved nothing more than getting to know and visit his clients and bringing them together for his "team-building" events and industry parties. Following retirement, he wanted to continue working in the industry and decided to work part-time with the team at Sea-Land Chemical Company. Throughout his career, Tony was known as an honest, straight -talking professional who was generous with his time and knowledge.
In 2001, Tony and his family moved to Hillsborough, California, where he lived until his passing. He took advantage of all California had to offer, taking family ski trips to Lake Tahoe, biking the local hills, exploring the beauty of the parks, discovering new restaurants and wineries, and gathering with family and friends. He was known as a gracious host, always ready with a smile, a twinkle in his eye and a pitcher of his guests' favorite cocktails. Tony also made friends walking his beloved golden retriever, "Nikko" in the neighborhood.
Tony's love of travel took him all over the world – both for business and pleasure. Among his favorite places to visit were France, Belgium and Japan. And who could forget the beach vacations in the Caribbean, Hawaii and Costa Rica!
Most important to Tony was family. He was active in his children's lives. Tony was most involved with lacrosse - as a youth lacrosse coach, then later as team parent and chaperone. He also volunteered as Treasurer for the Northern California Junior Lacrosse Association (NCJLA) and for the NorCal chapter of US Lacrosse. He got so much joy from seeing the boys grow into wonderful young men and really loved it when they looked to him for advice.
He is survived by his wife of 42 years, Helen Roberts, his sons Evan Grzejka of Petaluma, CA and Ryan Grzejka of Hillsborough, CA and his sister, Margaret A. Grey of Rockville, MD. Tony, the youngest of 3 children, was preceded in death by his sister, Barbara J. Greca. He is also survived by his mother-in-law, Toshiko Roberts, his sister-in-law, Frances Lane and her husband Bob, and a brother-in-law, Henry Roberts and his wife Jacki, and numerous cousins, nieces and nephews.
Tony wished he could have stayed a little longer, as did those of us who knew and loved him. We are blessed for having had him in our lives for as long as we did.
The family will have a private celebration of life in Carmel, CA in the spring of 2022. According to Tony's wishes, his ashes will be scattered off the coast of Carmel where he enjoyed moments of peace and beauty. The family would like to thank everyone for their deep love and support throughout Tony's life and also during this terribly sad time.

Published by San Francisco Chronicle from Sep. 1 to Sep. 5, 2021.
To plant trees in memory, please visit the Sympathy Store.
MEMORIAL EVENTS
To offer your sympathy during this difficult time, you can now have memorial trees planted in a National Forest in memory of your loved one.
Funeral services provided by:
Duggan's Serra Mortuary
MAKE A DONATION
MEMORIES & CONDOLENCES
Sponsored by Duggan's Serra Mortuary.
0 Entries
Be the first to post a memory or condolences.