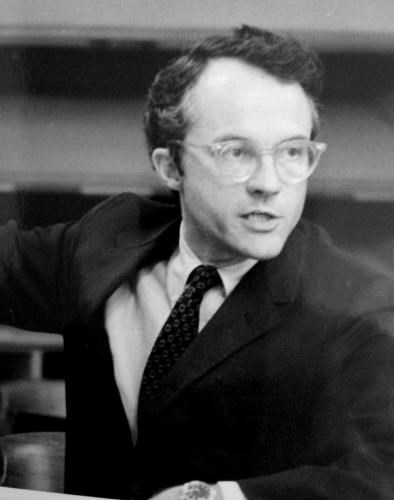 Jack, as he was known by many since childhood, was an accomplished legal scholar who specialized in federal income taxation and international tax. He joined the faculty at Berkeley Law (then Boalt Hall School of Law) in 1964 and taught full-time until his retirement in 2002. The law was his true north, and his community of scholars sustained him; he continued to visit his campus office every weekday until the COVID-19 pandemic precluded it.

An invitation to join the Berkeley Law faculty prompted Jack, his wife Linda, and their three young children, Martha, Jennifer, and John Jr., to pack up and head west, arriving just in time for the Free Speech Movement and all the social, political, and personal change that would ensue. Jack and Linda, both born and raised in Buffalo, N.Y., welcomed the waves of change, eager for their children to grow up in a more just and democratic society.

Jack was born Oct. 13, 1934, the only son of Robert William and Margaret Ellen McNulty. He received his bachelor's degree with high honors in psychology from Swarthmore College, where he was elected to Phi Beta Kappa. He graduated first in his class from Yale Law School, where he was an article and book-review editor of the Yale Law Journal. He clerked for Justice Hugo Black at the U.S. Supreme Court in 1959-60 and loved to tell the tale of missing his first day of work to attend Jennifer's birth. In his telling, Justice Black—unaware of induced birthing—didn't quite comprehend how Jack knew in advance the date of his daughter's birth and was impressed by his bright young clerk's foreknowledge.

Jack practiced law briefly in Cleveland, Ohio, but the quality of teaching at Yale, where many of his professors were new faculty members, inspired his decision to pursue a teaching career. The move to Berkeley ushered in a lifetime of professional happiness; he became the Roger J. Traynor Professor of Law in 1991. Jack developed deep ties to faculty colleagues, as well as to associates around the world, primarily in Europe and Japan. He traveled abroad dozens of times to lecture, teach, and attend conferences. He wrote or coauthored seven books and more than 100 articles and other publications. In 1990, he was honored and pleased to accept a visiting professorship at Yale Law School. He served as a visiting professor at numerous other schools, including the universities of Cambridge in England; Edinburgh, Scotland; Tilburg and Leiden in The Netherlands; Tokyo; and the London School of Economics. He received a Guggenheim Fellowship in 1977 to conduct research on structural reforms of the U.S. federal tax system.

Jack and Linda divorced in 1977, and a second marriage to Babette Barton, a fellow Berkeley Law professor, ended in divorce in 1988 after 10 years. He enjoyed living alone and never tired of the sweeping views of San Francisco from his home in the Berkeley hills.

Much of Jack's life revolved around his career, but he enjoyed hobbies that included photography, sailing (he and a colleague in Cleveland built two fiberglass catamarans), and music. He was a member of the San Francisco Opera for many years and reveled in the black-tie opening night galas. He was an avid traveler; in addition to professional travel, he visited India, Africa, Russia, and Egypt during his retirement. He enjoyed fine dining, museums, and movies, and he surrounded himself with books; he was reading Ben Bernanke's The Courage to Act at the time of his death. Jack collected fountain pens, enjoyed a good cocktail, and had an affection for hippos that became legendary among friends and family, who bestowed upon him dozens—and dozens—of stuffed, carved, sculpted, painted, and stitched hippopotami. For more than two decades, he enjoyed a weekly dinner date with his beloved friend Caroline Duck.

Jack delighted in the company of his children, his son-in-law Brian and his daughter-in-law Alana, and his five grandchildren: Shea, Conner, Kyle, Kiara, and Trevor. During their marriage, Jack and Linda enjoyed vacations in Mendocino, where they explored tidepools and visited galleries with the kids. Jack often remarked on the fact that all three of his adult children chose to live in coastal California, within a short walk to the ocean. Jack was devoted to his children and their families, and he was a good sport about putting up with all their dogs.

Jack was proud of his Scots-Irish heritage. He raised a glass and shared this blessing at his son's wedding:
May the road rise up to meet you.
May the wind be always at your back.
May the sun shine warm upon your face
The rains fall soft upon your fields and until we meet again,
May God hold you in the palm of his hand.

Due to coronavirus, services will be private, but the family would appreciate hearing remembrances; please send them to [email protected]. In lieu of flowers, please make a donation to the charity of your choice in Jack's name. 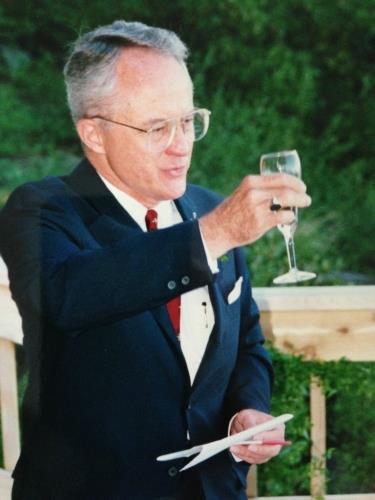 Published by San Francisco Chronicle from Oct. 2 to Oct. 4, 2020.
To plant trees in memory, please visit the Sympathy Store.
MEMORIAL EVENTS
To offer your sympathy during this difficult time, you can now have memorial trees planted in a National Forest in memory of your loved one.
MAKE A DONATION
Please consider a donation as requested by the family.
MEMORIES & CONDOLENCES
1 Entry
Jack was a brilliant mind and inspiring teacher. I was honored to have worked with him on a revised edition of Kragen and McNulty many years ago. My condolences to his family and all of his friends and colleagues at the law school.
Gary Cohen
Student
October 5, 2020
Showing 1 - 1 of 1 results