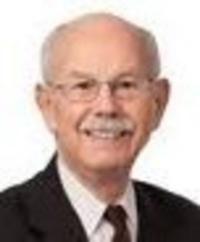 Died peacefully in his sleep in San Francisco. Warm, kind, brilliant, and a giant of the legal profession who continued working until the end of his life, he was devoted to his wife, Pearl Coren Vapnek, whom he married on July 11, 1954, and who had a long and distinguished career as a textbook editor. He was immensely proud of his son Jonathan, a urologist and medical school professor in New York City, and his daughter Jessica, a lawyer and international development expert in San Francisco. His grandson David, age 10, brought him tremendous happiness and pride. Paul loved and admired David's dads, Sean SeLegue and Richard Zuniga.
In addition to his brother-in-law Harry Coren, sister-in-law Judi Levine, and other relatives in California, Paul is survived by his sister Sylvia Arbesfeld and sister-in-law Susan Vapnek Pollack of Florida, and many beloved nieces and nephews including Mark and Nina Arbesfeld, Gail and Steve May, Evan, Gillian, Peter, Bari, and Brett Vapnek, Rebecca Coren, Devra and Wolfgang Moehler, Amy and Jon Seff, and their families. Paul was preceded in death by his brother David.

Paul earned a mechanical engineering degree from Rensselaer Polytechnic Institute in 1951, and a dozen years later, after military service during the Korean conflict and a career as an engineer, Paul earned a law degree at night from the University of San Francisco Law School. He clerked for Judge William Sweigert of the federal district court and then joined the Townsend law firm where he practiced for half a century. He was the author of numerous articles and books on ethics and intellectual property, taught at Hastings College of the Law, Boalt Hall School of Law, and USF School of Law, and mentored countless students and lawyers. His extensive volunteer work with the State Bar of California, the Bar Association of San Francisco, and the Legal Aid Society was recognized in 2013 when Paul was awarded the state bar's triennial Harry B. Sondheim Professional Responsibility Award, which highlighted Paul's immense contributions to the legal profession in California, including editing the California Compendium of Professional Responsibility, helping establish the State Bar's ethics hotline, and co-writing the Rutter Group's treatise on professional responsibility.
Paul contributed his time and energy to numerous organizations, including by serving on boards or committees of Temple Emanuel, the Legal Aid Society, the Democratic Forum, the State Bar of California, and the Bar Association of San Francisco.
Paul lived a long life that exemplified hard work, loyalty, charity, and integrity, and he will be sorely missed. His legacy lives on in his intellectual work and more importantly, in his family.
Paul would have welcomed donations to Jewish Family and Children's Services, USF School of Law, or the Legal Aid Society.
Funeral at 1:00 pm Wednesday March 4th at Temple Emanuel, Arguello and Lake Streets, with burial to follow at Home of Peace Cemetery, 1299 El Camino Real, Colma.

Published by San Francisco Chronicle from Mar. 1 to Mar. 4, 2015.
To plant trees in memory, please visit the Sympathy Store.
MEMORIAL EVENTS
To offer your sympathy during this difficult time, you can now have memorial trees planted in a National Forest in memory of your loved one.
Funeral services provided by:
Sinai Memorial Chapel Chevra Kadisha
MAKE A DONATION
MEMORIES & CONDOLENCES
Sponsored by anonymous.
24 Entries
What a privilege it was to work with him on my project! Glad I got to know him.
Sarpei Nunoo
Acquaintance
February 26, 2020
To Jessica, Pearl, Jonathan, David, the Vapnek and allied families

At this time of deep sorrow and pain, may you be sustained by the hope that death will soon be a thing of the past. May your memories and the legacy Paul left behind, bring you comfort and keep him close in your hearts.
Ruby Bankas
June 5, 2015
I always considered Pail to be the Grownup in our little law school "study group"". Over the years since, talking with Paul in a phone call was as comfortable as if we's had our laast conversatio a week before.. Paul, you will indeed be missed.
Joan Windell
March 13, 2015
I am very sad to hear about this. I spoke to him the day before he passed. He was always gracious and helpful. Just a great guy. I will miss him. My condolences to his family.
Neal Marcus
March 10, 2015
To an old and dear friend, esteemed lawyer and valued colleague Bon Voyage!
You will surely be missed.
Herman and Gail Papa
Herman D Papa
March 9, 2015
Soft spoken, kind eyes, giant of an intellect, Loving Papa to all Jessica's friends. Paul we shall miss you dearly. Rest in perfect peace.
Irismay, Accra Ghana
Irismay Brown
March 5, 2015
Jessica, I wanted to send my condolences. Losing a parent is never easy, no matter what their age. Your father sounds like a great man who lived a full life.
Rob Spivack
March 4, 2015
Paul was always sweet and kind when we were classmates in law school, and I am glad that we spent a little time together at our 50th reunion. David and I send you our love and blessings, Pearl, and our condolences for your children.
Gayle Nin Rosenkrantz
Gayle Nin Rosenkrantz
March 4, 2015
To Jessica and all the Vapnek Family,

On behalf of the University of San Francisco School of Law community, I write to express our sincere condolences on the passing of your father and our very esteemed graduate from the Class of 1964. His kindness, generosity and civility were a model for any lawyer or law student and his career long dedication to advancing attorney professionalism will bring justice to Californians for decades to come.

John Trasvina
Dean, School of Law
University of San Francisco
March 3, 2015
For Paul, a wonderful mentor, kind advisor, good friend. My deepest sympathies to Pearl, Jessica and all the family.
Lynn Perry
March 3, 2015
Paul Vapnek taught Patent, Trademark and Copyright Law at Hastings College of Law, and was the most likeable, patient and interesting professor I had. He taught me by example that practicing law might be a bearable career. He also added "glom onto" to my vocabulary. I went to a dictionary just this morning to learn that "glom" is likely of Scots origin, not necessarily a Mad Magazine coinage. He would have been pleased that I did the research.

I'm sure those who knew him concur that he made the law a better place for them and was a good mentor.
Ronald Walker
March 3, 2015
Paul was a wonderful mentor and a kind spirit. He made me proud to be a Townsend lawyer.
Bill Bohler
March 3, 2015
"A great tree has fallen," as we say in Ghana. Yes, "the grand patriarch went into the forest to pluck a few leaves, but did not come back." He was a source of strength, counsel, guidance, and love. I had the privilege of benefiting from his fatherly advice in a very important way, only a couple of months ago. I can still hear the dignified sound of his voice..... He will be sorely missed.....but his footprints are in stone.
Sarpei Nunoo
March 2, 2015
One of the good ones. I will miss him.
Robert Bennett
March 2, 2015
I am so sorry for your family's loss.
Laura Zuniga
March 2, 2015
Paul was a great mentor to me and many others.
Kenneth R. aLLEN
March 2, 2015
Paul was my mentor on trademark law when I joined Townsend and Townsend in 1970 as a green associate and I was privileged to work with him as a partner six years later. I will always remember our first trip to the Seattle area in the early eighties to visit a small software startup named Microsoft. (At the time they did not have any in-house lawyers). After I left Townsend, when Pearl's brother married my cousin Judy, I had the pleasure of seeing Paul at many family gatherings through the years. I will miss him very much.
Ron Laurie
March 2, 2015
You will be missed, Paul.
Ted Herhold
March 2, 2015
A truly lovely human being. It was always with feelings of privilege and joy that I felt in his company. My heartfelt condolences to his family.
Jane O'Farrell
March 1, 2015
I have known Paul Vapnek my whole life.
As a childhood friend of Jessica I have witnessed his love for his family and the tremendous respect he was given by his peers. I will miss him and treasure his memory.
Leslie Kardos
March 1, 2015
Paul was a prince of a man and an asset to the patent bar. We will all miss him.
Mark Lemley
March 1, 2015
May his memory be a blessing
Chris Raisbeck
March 1, 2015
So terribly sorry for your loss. You and your family are in my thoughts and prayers.
Rebecca Barnes
March 1, 2015
To say it was an honor and privilege to know and work with Mr. Vapnek is an understatement. He was always available to speak to on legal or personal matters. His humor was never far from the surface and he could speak on so many subjects with authority. He was a mentor to attorneys and staff (like me). Always the kindest of gentlemen, he will be sorely missed by everyone who knew him at Townsend. Sincere condolences to his family, their loss is immeasureable.
Donna Hill
March 1, 2015
Showing 1 - 24 of 24 results