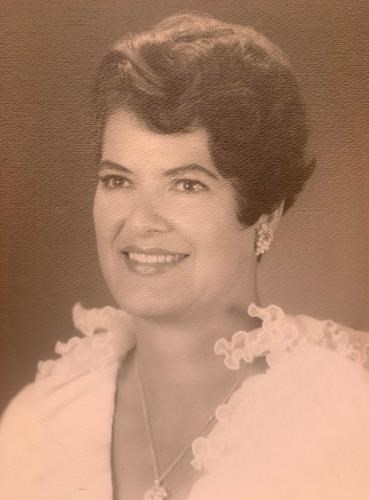 Phyllis Frates Hobson passed away on May 20th, 2020, at age 94 at The Abigail Care Home in Redwood City.

Phyllis was the wife of the late Bert Hobson and daughter of the late Dr. Robert and Florence Beicke Frates. When Phyllis was born and brought home from the hospital her older sister of one and a half years was sure their mother had brought her a real-live-doll to love. Henceforth Phyllis' nick name was forever after "Dolly"!

A third generation San Franciscan, Phyllis was raised in The City and enjoyed idyllic summers spent camping on the Stanislaus River and hiking in Yosemite. A natural athlete, she was always picked first by the boys for neighborhood teams.

Phyllis attended West Portal School, Aptos Junior High School and George Washington High School, where she was vice president of the student body and a tennis team champion recognized by the SF Chronicle. At UC Berkeley she was also a top tennis player, belonged to Kappa Delta sorority and received her BA in education.

After a stint teaching speech and dramatics at Punahou School in Oahu, Hawaii, Phyllis returned home to the Bay Area, where she spent the rest of her teaching career in the El Cerrito and Oakland school districts, teaching in junior and senior high schools and finishing at Skyline High School in Oakland. It was while teaching in the East Bay that Phyllis met her husband, Oisin Dinneen, a fellow instructor.

Besides being an excellent athlete, Phyllis was a gifted pianist and took great joy in dancing. While in Hawaii she learned the hula well enough to be offered a contract to dance at the Royal Hawaiian Hotel, which she declined, preferring to pursue the profession for which she had earned her degree.

Phyllis loved dinner in San Francisco and attending opera with her family; late nights at the Tonga Room at the Fairmont Hotel and dancing at the Elegant Farmer in Jack London Square, where she met Bert Hobson, the love of the rest of her life.

Phyllis is survived by her son and daughter-in-law, Robert and Lee Dinneen, who provided her with devoted support in her last years, her adored grandsons James (UCLA) and Steven (USAF); her step-son and wife Gary and Vinni Hobson and her sister Eleanor McCoy and her brother and sister-in-law Dr. Robert and Patricia Frates, plus her granddaughter-in-law Lauren, and her nieces, nephews and cousins.

The family is deeply grateful to the compassionate caregivers at The Abigail Care Home in Redwood City for their years of attention to Phyllis and Bert and the challenges they face during these difficult times.


Instead of a service, donations or flowers, we ask that you "take a hike" and enjoy life in memory of those who wish they still could.

A final haiku by her sister Ellie:


LAMENT FOR MY SISTER;
The storm is over

My dear Dolly is at peace

But my heart weeps on
Published by San Francisco Chronicle from Jun. 11 to Jun. 14, 2020.
To plant trees in memory, please visit the Sympathy Store.
MEMORIAL EVENTS
To offer your sympathy during this difficult time, you can now have memorial trees planted in a National Forest in memory of your loved one.
MAKE A DONATION
MEMORIES & CONDOLENCES
1 Entry
Members of the Peninsula Threshold Choir had the pleasure of singing for Phyllis from time to time. We are sad that we will not see the smile on this elegant ladys face again.
Cathy Baird
June 12, 2020
Showing 1 - 1 of 1 results