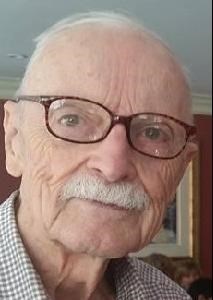 ABOUT
Newburgh Free Academy
FUNERAL HOME
The Jacob A. Holle Funeral Home
2122 Millburn Avenue
Maplewood, NJ
Longtime Seton Hall Professor Dr. William A. Smith of Maplewood, NJ, passed away peacefully at home on November 22nd. He was 91. Bill enjoyed a full, long and remarkable life as a husband of 63 years, father of five, seminarian, CIA analyst, speaker, author and professor of philosophy for 58 years at Seton Hall University. Born in Newburgh, NY at the beginning of the Depression, Bill was schooled by the Christian Brothers, particularly in Latin, then graduated high school from Newburgh Free Academy. Bill immediately entered the seminary with the Oblates of Mary Immaculate, first in Balmville NY, then Ipswich MA, and finally six years in Rome Italy. He studied at the Gregorian University there, where his classes were in Latin. His family is still awed by Bill's ability to study such topics as ancient philosophy, Greek, Hebrew and Aramaic languages, and Thomas Aquinas--in Latin. Bill took minor orders in Rome, and completed his Bachelors and Master's degrees in philosophy at the Gregorian. He also learned Italian, French and some German while living in Italy, in a dormitory where French was spoken, and after befriending several German seminarians. But somehow he felt the priesthood ultimately was not quite right for him. He returned to America, and shortly thereafter he met the love of his life, his beautiful Joyce. They married in 1958. Meanwhile, Bill was recruited by the Central Intelligence Agency to work in Langley, VA as a European analyst. His remarkable facility with language and experience in Europe made him a valuable interpreter of events across the pond and their significance during the Cold War. He would never talk about his CIA work, but finally admitted late in his life that they wanted him to learn Russian and move to the Soviet Union. That prompted him to resign, move to New Jersey with Joyce and their young son, and lead a very different life--as an academic. Bill joined the philosophy department at Seton Hall in 1960. While having three more sons and a daughter, he worked at SHU and completed his doctorate at St. John's University in Queens, NY. He served as department chairman for many years, as well as on the Rank and Tenure Committee for the University. He also worked for nearly 20 years developing and growing the school's Project Acceleration, providing college credits to AP students at many NJ Catholic high schools. While he taught such weighty topics as metaphysics, epistemology and ethics, he especially loved teaching Thomas Aquinas, particularly to seminarians. Bill authored a number of books, including his dissertation on Italian fascist philosopher Giovanni Gentile; a book on Business Ethics; and his final book, Reflections on Death, Dying and Bereavement, looking at death from a philosophical perspective. He also was a sought-after speaker on his areas of expertise in North America and Europe. Bill's long tenure at Seton Hall and outstanding service to her were recognized by the school in 1988, when he was awarded the McQuaid Medal, its highest honor. At the time, they didn't know he would serve for almost 30 more years, finally retiring in 2017 at the age of 87. He has held the status of Professor Emeritus since then. Bill spent his final years caring for Joyce, reading, watching movies and TV, dining at St James Gate and the Maple Leaf Diner, and enjoying visits from his beloved children and grandchildren. He leaves a remarkable legacy of love, patience, and family commitment, and work ethic, service to others, creativity, and the spreading of knowledge. And yet he was as content with a simple life as the missionary he almost became. Bill was predeceased by his beloved parents, William A. Sr. and Marion McIntyre Smith. He leaves behind his treasured wife, Joyce; his five children, who are immensely proud and revered him: Steve (Nina), Chris (Rachel), Jamie (Tina), Tim (Tara) and Kerry (Kevin); his adoring grandchildren, Justin, Mitchell, Liam, Delaney, Caelin, Emily, Cameron, Arianna, Bridget, Luke William, Hally, Thomas and Lily; a host of dear in-laws, cousins, nieces and nephews; and the wonderful Seton Hall community of faculty, staff, administrators and especially the thousands of priests, seminarians and lay students worldwide who benefitted from his unique knowledge and experience. Visitation will be held at The Jacob A. Holle Funeral Home 2122 Millburn Ave, Maplewood on Sunday, Nov 28th from 2; 00 – 6:00 PM. A Mass of Christian Burial will be held at 9:30 am on Monday, Nov 29th at Our Lady of Sorrows Church, 217 Prospect Street, South Orange. Interment at Holy Cross Cemetery in Basking Ridge. In lieu of flowers, the family suggests donations to the Alzheimer's Assoc Greater NJ Chapter, 23 Vreeland Road, #105, Florham Park, NJ 07932, Seton Hall University, South Orange or Missionary Association of Mary Immaculate, 9480 De Mazenod Drive, Belleville, IL 62223. The Jacob A. Holle Funeral Home 2122 Millburn Avenue Maplewood, NJ 07040 (973) 762-2200
Published by The Star-Ledger from Nov. 24 to Nov. 26, 2021.
MEMORIAL EVENTS
To offer your sympathy during this difficult time, you can now have memorial trees planted in a National Forest in memory of your loved one.
Funeral services provided by:
The Jacob A. Holle Funeral Home
MAKE A DONATION
MEMORIES & CONDOLENCES
Sponsored by The Family.
1 Entry
We are deeply saddened by Bill's passing. He has been our good neighbor for many years and his kindness will be remembered. Our loving thoughts go to his family.
Pat Ross and the Ross family
November 29, 2021
Showing 1 - 1 of 1 results