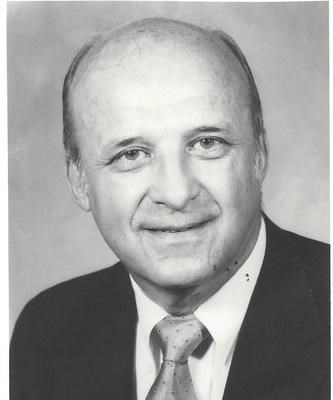 Born in Louisville, KY on December 14, 1930 and known as "Charlie," he graduated from Male High School. In 1952, Charlie received his BS degree from Maryville College, where he was captain of the football team & co-captain of the basketball team. In 1978 he was named to the Maryville College Athletic Hall of Fame and 1997 he received their Distinguished Alumni Award. While at Maryville, he met his wife, Gracie. They married in 1954.

Charlie earned a Bachelor of Divinity degree from the Louisville Presbyterian Seminary in 1955. He was chaplain of Culver Military Academy in 1955-56. From 1957-61, he was a minister, counselor and high school coach in Bristol, TN. He moved to Nashville in 1963, where he lived for over 50 years. From 1963-65 he was Director of Youth Activities at First Presbyterian Church. From 1966-72 Charlie was Director of Youth Ministries at Martha O'Bryan Center.

In 1978 Charlie started the "DreamHouse" project, the building of small indoor playhouses for preschool & kindergarten children. With free instructions and easily built, and with all resources and labor having been donated, there are currently over 10,000 DreamHouses in the US and various parts of the world. For every DreamHouse that was built, Charlie planted tulip trees to replace the wood used. Former Mayor Phil Bredesen declared Nashville the "First DreamHouse City in the Nation." In 1996, he constructed an authentic replica of an 1800s flatboat to draw attention to the DreamHouse Project. In 1988, in an effort to raise money for the Edgehill Community Center, where he was a board member, Charlie constructed a circa late-1700s raft and, for 16 days, floated down the Cumberland River, being the first to go through the Old Hickory Lake Locks in 50 years.

In 1974 he founded Authentique, a décor-acquisition business, and was responsible for many of the authentic items used to decorate the Opryland Theme Park. Authentique provided the décor for the TGI Friday's restaurant chain worldwide for nearly 30 years and in 1997 Charlie was honored with the first TGI Fridays Worldwide "Living Legend Award".

Throughout his life, Mr. Allen was active in the community, serving on numerous boards and committees. For this, he received a number of awards and much recognition. He was the first recipient of the Mary Catherine Strobel Award for "Outstanding Volunteer of the Year" in 1987. He received the Civitan Club Crownover Award for "Nashville Citizen of the Year" in 1985. In 1995 Charlie received both the "Outstanding Service Award" from the TN Association for the Education of Young Children and the Community Service Award presented by the Junior League of Nashville. He also received the Rotary Club's highest award, the "Paul Harris Founder Medal."

As a founding member of the Green Hills YMCA, Charlie was, for decades, noted for his prowess on the basketball court. In 1996, along with his wife Gracie, Charlie received from the Greater Nashville YMCA "Members of the Year" as well appointment to the "Wall of Fame" at the Green Hills YMCA. "He made a positive difference in so many lives!"

Visitation will be held on Monday, January 13, 2014 from 10 a.m. - 12:30 p.m., at Westminster Presbyterian Church. Service will immediately follow the visitation.

In lieu of flowers, the family asks that you send donations to Second Harvest Food Bank.

I am saddened by word of Charlie's passing and I send you my deepest condolences. While I was Dean and faculty member at Peabody College he was a great personal friend and tremendous supporter of the College. His Dreamhouse project was inspirational and showed his deep dedication to the health, well-being and development of all children. We will all miss his wonderful and caring spirit.
Jim Pellegrino
January 12, 2014
Mrs. Cunningham my thoughts and prayers for you and your family, tomorrow I will be thinking about you.
Pat Shockley
January 12, 2014
All the wonderful times Charlie came to Glendale and J.T. Moore to do fun enrichment programs with tree planting brings a big smiles to our faces. Always so giving.
Positive thoughts,
Dave, Beth, Megan and Jake Miller
January 12, 2014
Dear Gracie and Family,

I am truly saddened by this news. But I hope you celebrate the life he lived and all that he did to make a wonderful difference in this world. Love to all of you. Sharon Shields
January 12, 2014
To Gracie and your family,
I just got this sad news via the internet. My heart goes out to all of you. The city of Nashville and the Arden Place community lost a true gentleman, who saw only the best in everyone. His outreach was amazing. I'm so glad I had a chance to know Charlie Allen and send my love and deepest sympathy.
Jan Maier
January 12, 2014
I send my prayers and condolences to the Greatest influence in my life as s young kid growing up in the James A.Cayce homes. He instilled in all of us to be the best we can be. May God Bless the Allen Family. Miss you Coach.
Dwight. ( Pee Wee ) Guthrie
January 11, 2014
Charlie Allen was a father figure to all of us who grew up at the Martha O'Bryan Center. He was the most positive person that I have ever known and I consider myself a better human being for having his influence in my life. Our prayers go out to the family.
Mike Bogle
January 11, 2014
David: so sorry about losing your dad. God will keep your whole family in his grace and care.
Danielle Mccord Vandiver
January 11, 2014
David and tommy -
So sorry for your loss. Prayers for you and your family at this difficult time.
Todd and Lanaii Benne
January 11, 2014
Dear Gracie, Tommy, Jenny, & David,

Kathryn and I were saddened to hear of Charlie's passing. Very few individuals have had such a positive impact on my life as Charlie Allen. He was a true inspiration to me and a great mentor. I will always remember him with great fondness, and true admiration.
Richard Perna
January 11, 2014
"How far that little candle throws his beams! So shines a good deed in a weary world." Such an influence on my life. Thinking of all of you and wishing you the best as you heal.
Donna Seage
January 11, 2014
We send our sympathy to Gracie and family. We met Charlie and Gracie when our children (now adults) were in grade school. Our community has lost a most valuable and enterprising man. Bob and Marion Bogen - Nashville, TN
January 11, 2014
Thoughts and prayers to the Allen family. I had the honor of knowing him (first meeting at the "TGI Fridays antique and props warehouse" with Tommy, and seeing him throughout my days on the City Council. He was a great man and will be missed by all who were lucky enough to know him. God Bless.
Adam Dread
January 11, 2014
so sorry to hear of your loss. prayers to the Allen family, may you keep Charles in your memories and in your heart and remember the things you learned from his wisdom. Peace be with you all during this time.
Tootie Johnson
January 11, 2014
John Lennon said /sang" People say I'm a dreamer.But I'm not the only one"
If any one thing,Charlie was a dreamer.He dreamed that the world could be a better place.And he acted on those dreams.Dream Houses? Wonderful crazy idea.Floating a historical raft down the Cumberland River? Only Charlie!
His obituary tells of many of his accomplishments and it is wonderfully written.I lived many of those adventures with him.The Martha O'Bryan days-whew! I built dozens of Dream Houses.Three Score!. Opryland ! State Fair Flea Market.And on and on.
Yes,Charlie was a dreamer and he taught many of us to dream,too.
The only thing I would add to his obit,is that one of his greatest accomplishments:-) was marrying June and me 45 years ago.Thank you,Charles.
My best to Gracie and the kids.He loved and was proud of you all.
Now,if we could only get the funeral home to bring him to the final ceremony in a Volkswagon Bus!
January 11, 2014
Charlie Allen made such a difference in my life. My family and I were very lucky indeed to have met, worked with, been taught by, and been influenced by a man of such high moral caliber and grace. My family met him when Charlie worked at Martha O'Bryan. Our family sends our condolences to the entire Allen family.
Rusty Freeman
January 11, 2014
I loved Charlie!! I was so sad to learn of his death. Nashville has lost another of its finest men. He packed four lifetimes of work, achievement, adventure and spirit into one! Many Blessings to his wonderful family. Debbie Wren Hill - Asheville, NC
January 11, 2014
Charlie was such a wonderful, loving, gifted man. We are all diminished by his passing. May you find comfort in knowing that his life was well lived.
Bob Howard
January 11, 2014
I have not known many "truly" great men; Charlie was at the very top of that short list. My prayers are with Gracie and the entire Allen family.
Jim LeDuke
January 11, 2014
Charlie was one of the nicest people I've ever known, and I'm thankful to have known him.
Rudy McNeely
January 11, 2014
Charlie was such a remarkably gifted and giving person, one who contributed so much to so many in the community. So many of us will miss him most deeply. Love and hugs to Gracie and all of his wonderful family.
Kathy & Randy Hoover-Dempsey
January 10, 2014
Allen Family,

Our thoughts and prayers go out to your entire family.

The Ferguson Family (Teddy, Jen, Max, and Eli)
Teddy Ferguson
January 10, 2014
To all the Allens I was so sad to hear of your loss. I feel lucky to have known him and have very fond memories. My love and prayers are with you.
Jennifer Kemp
January 10, 2014
Jenny, I am so sorry to hear of your family's loss. I pray for comfort and peace for you all.