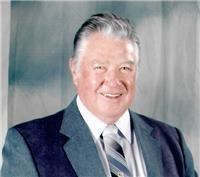 BORN
1939
DIED
2021
ABOUT
Trinidad High School
FUNERAL HOME
Mullare-Murphy Funeral Home
335 E Main St
Trinidad, CO
Joseph A. "Al" Santistevan, age 82, passed on October 26, 2021.
He is preceded in death by parents Ben and Lucy Santistevan; sisters Florence Santistevan Lucero, Lucille Santistevan Zamora; and brothers Frank, George, and Tony Santistevan.
He is survived by wife Geraldine M. Santistevan; sisters Irene (Ron) Igo, Priscilla Fraser, and Donna Kovac; and too numerous to list are over forty nephews and nieces.
Al was born on March 26, 1939 in Trinidad, Colorado. He attended Trinidad Catholic High School and graduated from Trinidad High School. He was proud that the Miners won the 1958 State Football Championship the year he graduated. He attended TSJC prior to his enlistment in the United States Navy, where he served for six years. He was instrumental in getting his family back to Trinidad from Denver, CO upon his return from the Navy, for which his family was exceedingly grateful.
Al and Gerry were united in marriage on August 10, 1968 and settled in Denver, CO. He was a pipe fitter and welder and moved to Ketchikan, Alaska where he worked for Ketchikan Pulp Co. He ultimately retired from Atlantic Richfield Corporation at the North Slope in Alaska. He built his first home in Eagle River, Alaska. When he retired and returned home to Trinidad, he built his current home in Weston, CO.
Al didn't stay retired long as he worked stints at BNSF Railroad, Pinon Canyon Maneuver Site and ultimately started Quality Construction that he owned and operated prior to his becoming a ""snowbird"" during winter months.
Al enjoyed camping, fishing and hunting with his father and brothers. He and faithful wife, Gerry, celebrated over 53 years of marriage. He will be remembered for his cheerful nature and generosity to family, friends, and the Catholic Church where he helped Father Gene Reynard with St. Ignatius Catholic Church and the Kennedy Center. Like his brothers, he was a Broncos fan and traveled to Denver games and to the team's Superbowl appearances. He and wife, Gerry, made the most of their vacation time cruising and following the sun.
Pallbearers will be Randy Chavez, Carl Chavez, Troy Chavez, Trenton Scott, Wayne Martinez and Greg Martinez. Honorary pallbearer: Vernon Chavez.
A rosary will be held at Noon on Friday, Nov. 5, 2021 at Mullare-Murphy Funeral Home followed by a Funeral Mass at 1:00 p.m. at Holy Trinity Catholic Church. Burial will be at the Chavez family cemetery outside Weston, CO.
The family has entrusted Mullare-Murphy Funeral Home with the arrangements.
Published by The Chronicle-News from Nov. 3 to Nov. 4, 2021.
To plant trees in memory, please visit the Sympathy Store.
MEMORIAL EVENTS
Nov
5
Rosary
12:00p.m.
Mullare-Murphy Funeral Home
335 E Main St, Trinidad, CO
Nov
5
Funeral Mass
1:00p.m.
Holy Trinity Catholic Church
135 Church St., Trinidad, CO
Funeral services provided by:
Mullare-Murphy Funeral Home
MAKE A DONATION
MEMORIES & CONDOLENCES
Sponsored by Mullare-Murphy Funeral Home.
1 Entry
RIP Cousin
Suzi Marquez
Family
November 15, 2021
Showing 1 - 1 of 1 results