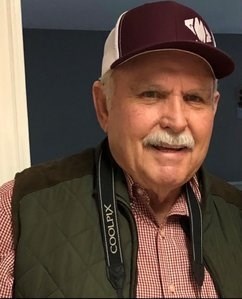 John Henry Williams, beloved family man and former construction superintendent of Bryan, TX, passed away peacefully on January 7, 2022 at the age of 81 in his home surrounded by family.

John was born in Dallas, TX June 20, 1940 to Lalen Williams and Birdie Williams. He was the second eldest of seven beautiful children. Later, he went on to lead a lengthy career at Garrett Mechanical before retiring at age 75 after nearly 30 years with the company.

In his life, John Henry was an avid outdoorsman. He enjoyed hunting and fishing, working with his hands, and traveling with friends and family the most.

He is preceded in death by his father, Lalen Williams, his mother, Birdie Williams, his brother, Michael Williams, and his sister, Francis Stewart; who all await him in the kingdom of heaven.

John Henry Williams is survived by his wife, Ann, his three children: John Jr., Douglas, and Kimberly, his remaining sisters: Doris Hawkins and Wanda Duty of Sachse, TX, Janice Lusk of Plano, TX, and Bobbie Jung of Palestine, TX, as well as numerous grandchildren and great grandchildren; all of whom will miss him dearly.

Goodbye may seem forever, farewell is like the end, but in my heart is a memory and there you'll always be…