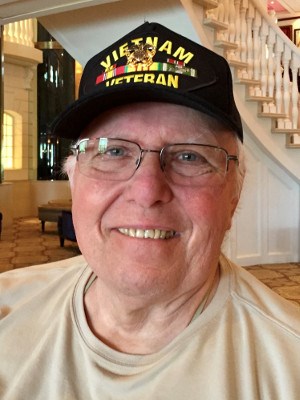 BORN
1945
DIED
2020
FUNERAL HOME
Huff & Lakjer Funeral Home - Lansdale
701 Derstine Avenue
Lansdale, PA
Joseph S. Skrzat, Jr. of Lansdale, PA passed away on June 15 at the age of 74. Born August 31, 1945, in Lansdale to Joseph S. Skrzat, Sr. and Catherine Skrzat (nee Brudzinski). He received his early education at St. Stanislaus Parish School and Lansdale Catholic High School. He graduated from Villanova University in May 1967 with a degree in accounting and earned a commission as an ensign in the U.S. Navy through the Navy ROTC program. Joe was on active duty as a Naval Intelligence Officer for four years, attaining the rank of Lieutenant. His tours of duty included serving with a Naval Advisory Group operating out of Danang, Vietnam. He was awarded the Bronze Star with Combat “V.” Joe married Sharon Skrzat (nee Glenn) on May 9, 1970. Upon his discharge from the Navy in June 1971, he was appointed a Special Agent in the FBI. His assignments included the Cincinnati, Albany, NY, and Philadelphia Field Divisions. He served the last seven years of his 25-year career in the position of Principal Firearms Instructor for the Philadelphia office. He retired in August 1996 and worked part time for Hagey Coach as a motor coach operator and tour escort. His hobbies included classic cars, model trains and travel, and he had keen interests in military history, music and animal welfare. He will be remembered as a loyal person who always did everything he possibly could to help his family and friends. Joe is survived by his wife Sharon, his daughter Wendy Skrzat, his daughter Cheryl Anderson and her husband Justin, his sister Maryanne Graham and her husband Harry, his brother Stephen M. Skrzat and his wife Cynthia, and his two grandsons William and Desmond Anderson, as well as two nieces, a nephew, many cousins, and his lifelong friends Su and Than Nguyen. The family welcomes all to be a public Mass of Celebration, 11:00 a.m. Monday, June 22, 2020, at Corpus Christi Church, 900 Sumneytown Pike, Lansdale, PA 19446. There will not be any visitation prior to the Mass. For those attending please arrive at the church no later than 10:45 a.m., and when entering the church a facial covering must be worn and social distancing will be expected. He will be buried in a private ceremony at Washington Crossing National Cemetery, Newtown, PA, with military honors. In lieu of flowers, contributions in his name may be made to: Montgomery County SPCA @ https://www.montgomerycountyspca.org/ or, Wounded Warrior Project, P.O. Box 758517, Topeka, KS 66675. Huff & Lakjer Funeral Home, Lansdale, is handling arrangements.
Published by The Reporter from Jun. 18 to Jun. 19, 2020.
To plant trees in memory, please visit the Sympathy Store.
MEMORIAL EVENTS
Jun
22
Service
11:00a.m.
Corpus Christi Church
900 Sumneytown Pike, Lansdale, PA
Funeral services provided by:
Huff & Lakjer Funeral Home - Lansdale
MAKE A DONATION
Please consider a donation as requested by the family.
MEMORIES & CONDOLENCES
Sponsored by TheReporterOnline.com.
12 Entries
My deepest sympathy to Sharon and all of Joe's family. I'm so sorry I just learned of his death today, July 11, 2020. I'm so sad that my friend since grade school is gone. You are all in my prayers.
Janet Weber Fitzgerald
Friend
July 11, 2020
Condolences to the Skrzat family. My father and mother knew Joe Skrzat's parents and we were both members of Troop 414. Joe attained Eagle Scout and entered Order of the Arrow while we were camping at Resica Falls near Stroudsburg.
Joe Delikat
Acquaintance
July 6, 2020
Sharon. So sorry for loss of your beloved husband. Remember memories are forever. John and Joann Naudasher
Joann
Friend
June 23, 2020
May God bless you and your family in this time of sorrow.
Luther & Pamela Simmons
June 20, 2020
As I posted today on my blog (bergey.net), "I started at Hageys in 2002, so my career overlapped Joes at Hageys by more than ten years. We often worked on multi-coach moves together, which also means we shared many meals, and times just sitting around talking about the world. He was fun to work with, opinionated, and he always had a story to tell. He had LOTS of stories. And a wicked sense of humor. You never spent time with Joe without a good laugh. He will be missed." Sharon and family, our thoughts are with you. RIP, Joe.
Bob Bergey
Coworker
June 19, 2020
We are so sorry for your loss, and we hope that you and your family are able to be together to remember and cherish the memories of Joseph during this difficult time.
The Burk family
Acquaintance
June 19, 2020
Sharon, my thoughts and prayers go out to you and your family. Cherish your memories!
Sherman Hopkins
June 19, 2020
Joe was one of the first people I met when my family and I moved to the area 20+ years ago as we moved in next door to him. He was always available to help with any issues and always with a smile and a story. He will be missed.
JP McDonald
Coworker
June 18, 2020
Sharon and family, We are so sorry for your loss. Joe was a
fantastic guy and great co-worker. Our prayers are with you. Barbara and John Donnelly
John and Barbara Donnelly
Coworker
June 18, 2020
Sharon and the girls so sorry for your loss. Bill McDermott
Bill McDermott
Friend
June 18, 2020
So sorry for your loss. Joe was such a great man.
Kim Earnest
Coworker
June 18, 2020
Every time I saw Joe, he had a smile on his face. Even if his day was not going as well as he would have liked, he was always pleasant, kind and always a gentleman. He was one of those people who really listened when you spoke. I will remember him as one of the sweetest men I have ever had the pleasure of knowing.
Robyn Fiala
June 18, 2020
Showing 1 - 12 of 12 results