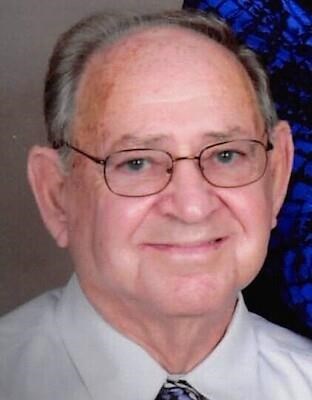 BORN
1934
DIED
2020
FUNERAL HOME
Parson Mortuary Inc
801 West Adams Street
Muncie, IN
Donald Lee Shanks, 86, passed to his Heavenly home on Monday evening July 27, 2020 at The Waters of Muncie. Donald was born on Sunday May 11,1934 to Mae and J. Dale Shanks in Decatur Indiana. He graduated from Hartford Center High School 1n 1952 and continued his education at the university of Indianapolis. Donald honorably served his country from 1952 until 1960 in the United States Navy. He married Anna M. Fierstos on July 21, 1991 and she survives. Donald was ordained as an elder in the United Methodist Church in 1967 and he served for 60 years in the pastorate.

To honor Donald's wishes cremation will take place with a memorial service at Fountain Square United Methodist Church on Saturday September 5, 2020 at 1:00 pm with Pastor Steve Graves officiating. Friends may call at the church from 12:00 pm until the time of the service. The family would request that memorial contributions be made to Fountain Square U.M.C.

The Family will receive on line condolences at www.parsonmortuary.com.