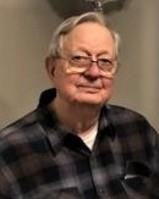 BORN
1935
DIED
2021
FUNERAL HOME
Caughman-Harman Funeral Home - Lexington Chapel
503 N Lake Dr
Lexington, SC
Myron Gantt
May 7, 2021
Lexington, South Carolina - Myron Gantt, 86, (1935) a resident of Lexington, South Carolina, passed away on Friday, May 7, 2021 due to an extended illness.
Myron was preceded in death by his wife, Ilse (Kaiser) originally of Germany. He is survived by his three sons, Stephen, Carl and Michael and their wives, Margaret, Carrie and Karen, along with grandchild, Christina.
Myron was born in Minneapolis, Minnesota, to Loretta Gantt (Ladd) of Arco, Minnesota. His step-father was the late Willie Gantt of Wagener, South Carolina.
Myron graduated from Murphy High School in Mobile, Alabama in June 1953, then in 1955 enrolled in Air Force ROTC at Colby College in Waterville, Maine. After graduating from Colby College in 1958 with a degree in psychology, Myron joined the USAF as a 2d Lieutenant and was assigned to Loring AFB, Maine. While there, he earned his master's degree at the University of New Hampshire and then in June 1959, married Ilse. During their 23-year career in the Air Force, Myron and Ilse were assigned to Lackland AFB Texas, K.I. Sawyer AFB Michigan, Beale AFB California, Norfolk Naval Base Virginia, Korat Royal Thai AFB Thailand, Patrick AFB Florida, and finally Maxwell AFB Alabama, which is where they retired from the Air Force in 1983. Myron served with distinction as a B-52H master navigator, SR-71 reconnaissance systems officer, EB-66 navigator, and wing standardization navigator in chief. He was a graduate of the Armed Forces Staff College, and attended and instructed at the USAF Air War College. During his career, Myron flew 103 combat missions in Southeast Asia and was the recipient of the Air Medal, Distinguished Flying Cross, Meritorious Service Medal, and the Air Force Commendation Medal.
Myron and Ilse settled in Lexington, South Carolina in 1986 where Myron worked as a data technology specialist at Gilbert High School in Gilbert, South Carolina. In his retirement years, Myron enjoyed teaching adults in Sunday school, serving as the team score keeper and #1 fan of his granddaughter's travel softball team, and touring the country in his motorhome.
www.caughmanlexington.com

Published by The State on May 23, 2021.
To plant trees in memory, please visit the Sympathy Store.
MEMORIAL EVENTS
To offer your sympathy during this difficult time, you can now have memorial trees planted in a National Forest in memory of your loved one.
Funeral services provided by:
Caughman-Harman Funeral Home - Lexington Chapel
MAKE A DONATION
MEMORIES & CONDOLENCES
2 Entries
Many years ago I attended Myron and Ilse's Bible study at their home in Gilbert. They both were wonderful people and I was fortunate to have known them and studied with them.
Claudette P Holliday
Friend
May 24, 2021
Offering our deepest condolences during this difficult time.
The Staff of Caughman-Harman Funeral Home
May 23, 2021
Showing 1 - 2 of 2 results