FUNERAL HOME
Dunbar Funeral Home - Devine
3926 DEVINE ST
Columbia, SC
COLUMBIA - Robert W. Clower was born February 13, 1926 in Pullman, WA. He rose to Chief Warrant Officer in the Headquarters of the 12th Army Group under General Omar Bradley and landed on Omaha Beach one day after the invasion. While in the army he married his first wife, Frances Hepburn, with whom he was to have five children. He returned to Pullman in 1946, and graduated from Washington State University with a B.A. in Economics in 1948. In 1949 he earned his M.A. from WSU, was selected a Rhodes Scholar and studied in Oxford, England under the tutelage of Sr. John Hicks. He returned to teach at WSU in 1952.

In 1958 Robert moved to Northwestern University, and for many years he divided his time between Northwestern and the University of Essex, England, where for a time he served as the Dean of the Essex Social Science faculty. In 1971 he moved to UCLA as Professor of Economics. In California he married his second wife Georgene Thousendfriend, with whom he had two daughters. In 1986 he accepted the Hugh C. Lane chair at the University of South Carolina where he remained until his retirement in June, 2000.

During his career he held visiting appointments in France, Austria, Pakistan, Uganda, Australia, Canada, New Zealand and Italy. In 1961-62 he was Director of the World Bank Economic Survey of Liberia, and it was here that he wrote what was to become his most famous article, "The Keynesian Counter-Revolution: A Theoretical Appraisal," a trenchant contribution that forced a general reappraisal of the theory of John Maynard Keynes and its relationship to Classical economics, and spawned an extensive literature. It identified a critical deficiency in how money had traditionally been modeled, and Clower later enlarged on this insight in a string of papers arguing that monetary theory has to be developed from an understanding of how exchange is organized in a modern economy. Although his work was later overshadowed by the New Classical economics, the recent financial crisis has given his contributions a renewed relevance.

Robert was predeceased by his first wife Frances; his brother William; his sister Virginia Newquist; and his beloved daughter Leslie Clower Nixon. He is survived by his children Ailsa Clower Gray & her husband John of Keizer, OR; Ian Clower and Valerie Clower Berry and her husband Mark, all of Prineville, OR; Stephanie Clower Clarke and her husband Donald of Colchester, Essex, England; Anna Clower Laity and her husband Jeff of Pasadena, CA; Katie Clower of Minneapolis, MN; by his son-in-law Mark Nixon and his wife Katie, of Centreville, VA; by 5 grandchildren and 3 great-grandchildren; by countless friends and former students around the world; and especially by his partner of over 40 years, Georgene.

The family wishes to thank United Hospice for the care that allowed Robert to remain at home. Robert chose to donate his body to The Gift of Body Program at the University of South Carolina Medical School, so there will not be a funeral; however the family will welcome visitors at Dunbar Funeral Home, 3926 Devine St., Columbia SC from 6-8 pm on Thurs. May 5. No flowers please; if you wish to memorialize Robert you may make contributions to The Carolina Children's Home, 3201 Trenholm Rd, Columbia SC 29204, or to United Hospice, 903 Elmwood Ave, Columbia SC 29201.


Published by The State on May 4, 2011.
To plant trees in memory, please visit the Sympathy Store.
MEMORIAL EVENTS
To offer your sympathy during this difficult time, you can now have memorial trees planted in a National Forest in memory of your loved one.
Funeral services provided by:
Dunbar Funeral Home - Devine
MAKE A DONATION
MEMORIES & CONDOLENCES
18 Entries 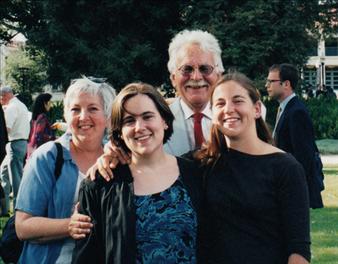 Thanks to everyone who's written something here; it's wonderful to hear about people's memories of my father. There's not nearly enough room here for me to write all I could say about him - suffice it to say, he was an amazing dad. I feel like the world is a little less interesting without him.
Anastasia Clower Laity
May 20, 2011
Bob was a truly wonderful individual. The curmudgeon part was only on the surface. He used to say, when I was in his monetary economics course at Northwestern, that he hadn't prepared any lecture notes in fifteen years. Yes, it showed! :) He and Gigi (another wonderful person) stopped by on his way to UCLA...we both left Northwestern at the same time. I miss you, Bob.
Phil
Philip Graves
May 13, 2011
I admired Bob Clower for his editorial prowess at the American Economic Review, but my first contact with him was through correspondence while he was editor of Economic Inquiry, to which I had submitted an article. He was, in my opinion, a "strong" editor who undertook initial screening of manuscripts himself rather than simply farm them out uncritically to volunteer referees. His capability in this regard was a testament to his intellectual skill, scope, and integrity. As an editor he was bold and brave; I later found out that he was the same in everyday life. We would meet occasionally at professional meetings...I always enjoyed our conversations, in which I discovered we had much in common. I shall personally miss him, but more importantly, the discipline of economics is worse off without him. 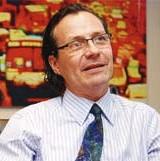 Robert Clower is one of the greatest economists of the twentieth century. I never had the honor to have him as professor or know him personally. I learned about his work during a course I took with Michel Devroey at the Catholic University of Louvain in the 80's, which made me become aware of the importance of dynamic analysis of the adjustment process, more than of its theoretical outcome. His work is one of the most serious criticisms of the methodology of comparative statics prevailing economic thought from Ricardo as well as a rich insight into the inability of capitalism to adjust itself through prices, as in general equilibrium theory. My deepest condolences to his family and all those who knew him.

Adolfo RodrÃ­guez Herrera, Professor of History of Economic Thought, University of Costa Rica
Adolfo Rodríguez-Herrera
May 9, 2011
It was the opportunity to teach Professor Clower's "Keynesian Counter Revolution..." that turned my attention from micro to macroeconomics long ago and showed that macroeconomics is the most interesting branch of economics...Professor Clower rightly deserved a Nobel for his path breaking theories

GVV, India
Visakh Varma
May 9, 2011
I was a Northwestern undergraduate student of Bob Clower in 1964. He single-handely directed me to MIT for a Ph.D. and an academic life in Economics. His contributions to Disequilbrium and Cash in Advance Economics were path-breaking. My thanks and condolences to his family.
Dwight Jaffee, Professor of Finance, University of California, Berkeley
May 8, 2011
He helped make economics interesting as a visiting professor (for me at Texas A&M in the late 1960s) and especially as editor of the American Economic Review for a brief time. He was a terrific man and economist, eager to help anyone with any project. He will be missed.
Bob Ekelund
May 8, 2011
I consider myself lucky to have had Bob as a professor, an employer, and as a friend. It is with deep sorrow that I heard of his passing.

I was an RA for Bob for a couple years while in graduate school at UCLA and I took both an undergraduate and graduate class from him. Whether it was in the hall or in between tennis games, he was also always fun to talk to asking interesting questions and always interested in debating ideas. I confess that the graduate class as well as the undergraduate class covered the same topics, but the classes were still quite different because so much of the class came from the discussions that Bob generated with the students. His interests were extremely wide ranging.

Rarely have I known a nicer person. He was constantly asking me how I was doing and he was genuinely interested. He would sometimes just corral me and ask if I was doing fine money wise, and after I would say I was, but he would insist on still giving extra money well over and above what I was supposed to be paid for my work. He was just always trying to help.
John Lott
May 7, 2011
To the family of Bob Clower I extend my deepest sympathy in the loss of a great man. It was my privilege to have known him at the Moore School of Business where he taught and conducted economics research. He was brilliant, witty, and remarkably creative. He showed great courage and tenacity recovering from a stroke; his response to that adversity always inspired me. I shall miss our many conversations in the hallway in which we both solved many of the world's problems - at least in our eyes. Goodbye to a distinguished colleague and a good friend.

Allen Corbett, Professor Emeritus
Moore School of Business
University of South Carolina
Allen Corbett
May 6, 2011
Bob you opened your home and your heart and made me feel like part of the family. I will remember you always never forgetting to honor you for serving your country, for your integrity and endless wisdom. I will never say that you "was" a great man, you still are a great man. I will never forget all those times spent and the stories told. rest in peace Bob, you will be missed but remembered often and fondly
Barrie Clark
May 6, 2011
Dr. Clower, you were most certainly one of kind. I feel so fortunate to have been one of your students. I lit a candle for you this morning and my prayers are with your loved ones. Libby Dismuke, Folly Beach, SC, USA
May 5, 2011
I was very lucky to have you as a teacher. Rest in peace wherever you are.
Paulo Guimaraes
May 4, 2011
I remember meeting Bob when I visited Missouri with my parents, Valerie and Mark Berry. He always reminded me of the 'crazy professor' type. I'm glad to have known him.
Stephanie Berry
May 4, 2011
I am thankful for the privilege of having had the opportunity of learning from Professor Bob Clower. I will always remember him as a very unique and dear person. Georgene, my heart is with you.
Ligia Pinto
May 4, 2011
We are so sorry about the death of Mr. Clower. We thank him for his service to our country, fighting to rid our world of tyranny, cruelty and injustice. We owe so much to "The Greatest Generation". We hope and pray that the family will find strength and comfort in your faith and your memories.
Perry and Allyson Jeffcoat
May 4, 2011
Farewell Professor Bob Clower. I am grateful to have known you and to have learned from you. You will always hold a special place in my heart. Georgene, please accept my deepest sympathy.
Anabela Botelho
May 4, 2011
I love you daddy, I will miss you more than you can imagine.
Valerie Clower-Berry
May 3, 2011
Georgene, I can only offer my deep felt sympathy . . .
Alan Richardson
May 3, 2011
Showing 1 - 18 of 18 results