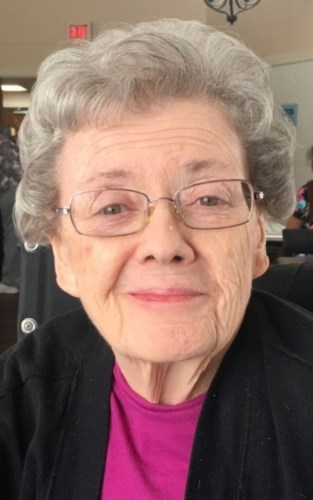 Eloise Therese (Carroll) Bartosh was peacefully freed from her battle with Dementia/Alzheimer's on Nov. 26, 2021. Eloise is the daughter of the late Joseph J. Carroll and Angela (Gannon) Carroll, both of Scranton.

She was chosen for recognition in the 1968 "Dictionary of International Biography" and the 1969 edition of "20,000 Women of Achievement." Throughout her lifetime, she served on many committees within the library community. She worked at the Scranton Public Library, as well as the Lackawanna Junior College Library, the Bishop O'Hara High School Library, and the Marywood College Library.

Eloise was a loving stay-at-home mom, who nurtured her children well beyond their school-aged years. She was an exceptional secretary for St. Clare's Elementary School while her children attended there. She served as president of the Marywood Alumni Association from 1982 to 1984, as is displayed on a plaque in Maria Hall. She was a proud Army wife for over 10 years. She volunteered countless hours in support of Army soldiers and their families through the Army Spouses' Clubs at bases where she lived. She received numerous recognitions by Army Command for her efforts to support military families.

She was appointed assistant librarian at Penn State University - Worthington Campus in 1993 and remained as such until her retirement in 2005.

In her early years, she was the family babysitter and lifeguard at Lake Ariel. She adored the lake! She took pleasure in helping to nurture her younger siblings. Eloise was a published poet, an avid reader, piano teacher, excellent cook and super volunteer. She loved nothing more than to entertain her family and cook delicious meals for them. She was always a great listener at the "kitchen table discussion group" which was held weekly at her mother and father's home.

She was preceded in death by her parents; her sister, Catherine "Kay" (Carroll) Gedman, of Scranton; her godmother, Rachel "Ra-Ra" Gannon; and numerous uncles, aunts, great-uncles, great-aunts and countless family members.

The family would like to thank Asera Care Hospice, Johnstown, and Quality Life Services - Westmont Woods, Johnstown, for their compassionate care.

Family and friends may pay their respects Monday, Dec. 13, between 4 and 7 p.m. at the funeral home.

Please visit the funeral home's website for directions or to leave a condolence.