I wish I'd have met you in person. What a pleasure to learn of a true stand up guy who lived life to the fullest!
Dennis Shanley
February 4, 2011
Can't wait to have a drink with you one day
Colt Friday
February 4, 2011
I just copied that entire obit to use in the future for myself. Thank you good sir, nothing wrong with a regular guy stating regular things to the people he may or may not have known.
Stewart
February 4, 2011 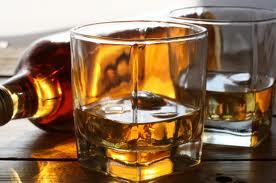 Tater
Darth Tater
February 3, 2011
Fred, tonight I'll head to the ABC and get hammered for you.
Josh Blaher
February 3, 2011
Way to go, Fred!
Linnea Kosbab
February 3, 2011
Wonderful! I wish I'd been able to know such a down-to-earth person!
Ken Herrera
February 3, 2011
Never knew Fred but love him now. I hope his friends and family will adopt Freds genuinly endearing qualities as part of thier own. I hope there is Bourbon in heaven. If not I'll try to take him some when I go.
Kelllie Waterhouse
February 3, 2011
Raising a glass to you!
Not Drew Curtis Sir Farksalot
February 3, 2011
This is the coolest obit ever and I would have been proud to have met Fred and called him my friend.
Ken E
February 3, 2011
Fair thee well Fred. I'm sorry we never had a chance to meet.
Mike Minshall
February 3, 2011
Mr. Clark-I hope when I pass on and I see you in that twisting nether space I can shake your hand and buy you a drink with my cloud money. You are a man after my own heart.... God bless and keep you and your family.
A.M. Isaacson
February 3, 2011
"Best. Obituary. Ever."
All your friends at Fark.com
February 3, 2011
Fred, I never knew you, but you seem like you probably were a fun guy. Condolences to your family, though it sounds like left them in good spirits.

- Jake (not in VA)
J
February 3, 2011
Well played sir
February 3, 2011
God bless and keep you, Fred. Though we never met, I can say that you led an exemplary life. I'll be saving a copy of your obituary so my wife and family will know how I want mine to be written. I raise my glass to you, sir!
R. L. Duwe
February 3, 2011
Salute.
Jim Roberts
February 3, 2011
I didn't know Fred, but tonight I will toast his mediocrity and tomorrow morning I will regret it.
February 3, 2011
I never knew Fred. It is obviously my loss because he sounds like my kind of person. Good luck Fred.
Stan Grop
September 28, 2009
I dont even know Fred - my bro just recently pased and someone asked if I saw this obit. I am VERY IMPRESSED - wow - I believe who ever wrote his obit knew him very well - I hope my family writes my obit this way
August 19, 2009
Lula M.Winfree
Lula Major Winfree
July 31, 2009
That is the most real/cutest obit I have ever read. I do not know you all but I do Thank your sweet family for recognizing what Fred would have wanted written - "Each to their own" as they say.
Bless your sweet family - wish I had one like it. Sincerely, Elizabeth
July 9, 2009
After reading this obit , I know my Mom is having side splitting laughs and great times with Fred. God bless you and your family , You were truly 1 special person. not even knowing you I'll look you up when I join my Mom and you at Home !!
Phyllis Wright
July 3, 2009
Mario...this Trevor Parchment, your phone # came up "private"...still don't have contact number 4 u...my friend's e-mail is [email protected] & my # is 954 655-6655...contact me again ASAP... I want @ come & visit u...One Love
June 14, 2009
shawn milburn
April 23, 2009
Yeah Fred, I will throw one down for you.

ro
April 13, 2009
Fred, I never met you....but I feel like I have known you all my life. Hopefully someday we will meet up and have a brew. Best wishes for you and your family----I am dedicating my inebriation tonight to you brother!!!
tom iaderosa
March 10, 2009
Well Fred I never knew ya but I'll drink a shot to ya!!
Mike H
March 10, 2009
Fred, you sound like a great normal guy and I'll tip one to you tonite!
David Grubbs
March 1, 2009
Fred you sounded alot like my dad, I lost him June 6th 2007. If I know my dad and the sounds of you! You two have become great buds. Tell Richard Ferrell his baby girl said hi, and I love him. May both you have a drink together.
Cherie
January 20, 2009
When I enter the Pearly Gates I hope Fred is there to welcome me, along of course with my dad and brother and my dogs. Cheers to Fred and to the person who so eloquently eulogized him in this obituary.
Sharon S.
January 13, 2009
A toast to Fred who clearly lived a good life and to his family who was lucky enough to have shared it. Salute!
B. Moyer
December 22, 2008
Life is too short to count calories ("Shallow Hal"), so go ahead chow down on that bacon or steak or cheesecake -- just like Fred.
This is the kind of obit I hope my family will write about me. I know them too well, though, and know that they will publish the usual plain vanilla. Blah. They're chicken. Fred & his family clearly are not.
I was so moved by this obit 2 years ago that I bookmarked it.
You rock, Fred!
K. J.
September 14, 2008
OH HOW MUCH HAPPIER THE WORLD WOULD BE IF WE HAD MORE FREDS! SOUNDS LIKE HE WAS QUITE AN INTERESTING AND WELL-LOVED MAN. I WAS LUCKY ENOUGH TO BE MARRIED TO A FRED (JOE) FOR 20 YEARS. HE DIED AT 52, 18 YEARS AGO AND LEFT ME WITH 3 BEAUTIFUL CHILDREN AND A LIFETIME OF CHIRISHED MEMORIES. MRS. CLARK, YOU ARE A LUCK WOMAN TO HAVE HAD FRED. THOUGH GONE, HE WILL KEEP YOU SMILING.
LOIS BENNETT
August 14, 2008
Wow! What a obit. Here it is 2yrs later and they are still toasting u.You must of been one heck of a guy. Here's to you
Sherry T
August 8, 2008
Blessings and appropriate beverages to your family, Fred. Your memory will live on through the words left here in your honor. Right on. squidoo.com/obituary
X P
July 30, 2008
That is an awesome obit. I am impressed - he must have been a blast. I love how he loved his wife and his country. And his bacon! Me too. Seems like those who knew him were rich.
Anne M
June 25, 2008
I wish I knew him. Cheers Fred.
Tracy D
June 25, 2008
My glass up to you Fred,I`m sorry its only Pepsi.
Phyllis
June 8, 2008
Fred -- You are just the type of guy we can all love. You should have known Johnny Coates. He died this weekend. He was just the type of friend you would have loved. We all loved.
Nancy Royall
May 19, 2008
I never had the honor of meeting Fred Clark but I can say without hesitation that this world has lost a truly unique individual who understood the of meaning of life. Tonight I toast you, Mr. Clark.
Mary
May 19, 2008
little james
April 30, 2008
What a wonderfully put tribute! Here's to you, Frederic! RIP, and may your family's tears give way to laughter and happy memories.
Linda Edwards
March 31, 2008
What a beautiful tribute to what sounds like my kind of drinking buddy. Cheers Fred!
brandy wilde
March 19, 2008
Fred sounds like a real likable guy. Wish I had known him. Everyone needs a Fred in their life. Here's a jigger of Virginia Gentlemen just for you Fred.
Beth Bruner
February 25, 2008
Fred,
I just wanted to say CONGRATS on your new Grandaughter...I know you would have had a blast with her...I know Alice has got to be in seventh heaven now she has arrived...I bet she hasn't stopped smiling...I know you are so very proud of the new parents...I know you will watch over this little one and keep her safe...I'm sure she won't be spoiled much...Again CONGRATS....Shirley
Shirley Hoskin
January 18, 2008
How can I be sympathic; Fred's life was everything he desired! Recently I assigned myself the honor of writing my own obit. I was struggling, but now, since reading Fred's I know where I am going with it. I just hope my children are as brave as Fred's children and will have it printed.
MaryAnn Russo
January 16, 2008
I actually signed this already once. Every once in a while I read this obituary again and every time I do I smile. I guess I think of this man Fred as a role model-I'm young and don't set lofty goals for myself-I just hope to master mediocrity and hopefully have great people around me to drink with and smile.
Thinking of you Fred. thanks for making me smile.
steve crawford
January 13, 2008
I came across this today, finally. Fred sounds like he'd have been my kinda guy, and it's shame I didn't get to meet him.

Rest assured, Fred, that I will carry on with your sense of humor and wit...
Amy P
January 10, 2008
i love this obri it was so great and very amususing hope my my family writes the truth about me like this.
October 26, 2007
Fred was my supervisor at C&P Telephone Company (now Verizon). I'll never forget the time I totally shocked him (hard to believe, huh?). I went shopping on Cary St. at lunchtime and bought a pair of shoes. After lunch, I was sitting at my desk working, when several co-workers came over asking to see my shoes. His face red as a beet, Fred approached my desk and reprimanded me, because the employees were at my desk. Mind you, I was a hard-working, dedicated employee. I was furious that he singled out only me, so I totally lost my cool and let him have it! Fred was speechless! Later, discussing the situation, he told me he could always depend on me and felt he could be open with me. He said I really shocked him - can you believe that??!! Fred was a very intelligent man; one I'll never forget. My best to his wonderful wife and family!
Brenda Henley
October 8, 2007
I don't know why I read this Obit.
but I seemed to be drawn to it. I must say it was different but I totally respect his view point. He seemed to be quite the individual. One of a kind you might say. I didn't know the gentleman in life but I feel I know him in death. May he rest in peace!
Maureen Johnson
September 2, 2007
I never knew Fred, but wish I had. I heard about Fred from a relitive off his who thought I'd enjoy reading his obit. Fred is totally cool. He's my new hero.
Alice Shumake
August 26, 2007
Showing 1 - 100 of 1,449 results