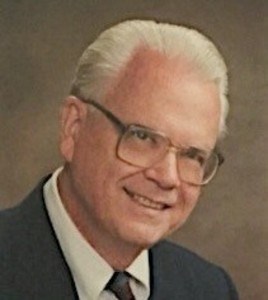 In World War II, Bob served in the U.S. Army (103rd Infantry Division) and was sent into combat in the Vosges Mountains of France in 1944. He served as a forward observer in the 411th cannon company and held the rank of sergeant. Years later, Bob would recall the time a German bomb overhead landed yards away from him – it turned out to be a dud – which led him to make a promise to God that he would serve God faithfully the rest of his life And Bob did.

After the army and law school, Bob joined a Dallas, TX law firm. However, hepatitis in 1952 confined him to his bed for six months during which time Bob wrestled with a significant career change – a call to the ministry. He sensed God calling him to a seminary in Richmond, Virginia.

At Union Theological Seminary in Richmond, Virginia, Bob was elected Student Body President his last year (which earned him an odd but treasured honorary doctorate from Montpelier University in France), and graduated with highest honors in 1956. Bob moved to Franklin, Tennessee for 5 years, where he pastored his first church (First Presbyterian Church, now Historic Franklin Church), fell in love with and married his wife, and had a child.

Bob and Alice moved to Dallas, Texas in 1962 so Bob could serve Northridge Presbyterian Church as its senior pastor. They lived in the manse next door to the church as they grew their family; they now had three children. In honor of his doctoral dissertation on The Reformation, which Bob was trying to finish while working full time, he named the family dog Luther and the family cat Calvin. The other family dog had a less erudite name. Dottie (a Dalmatian) used to jump the backyard fence and attend Sunday services, sneaking in the back door of the sanctuary, trotting down the aisle and slipping into the family pew to sit at Alice's feet. Church members said Dottie seemed to enjoy Bob's sermons as she always sat attentively without barking.

Bob and Alice moved the family to Chattanooga, Tennessee in 1972, where Bob pastored Rivermont Presbyterian Church for 17 years. He loved Rivermont, and Rivermont loved him back. Those were very happy years for Bob. Bob then served as a Interim Pastor for several Chattanooga churches while teaching religion at University of Tennessee at Chattanooga until retiring in 2006 at age 82. After Alice died in 2007, neighbors and members of Rivermont Presbyterian Church ministered to Dr. Bob, their minister – dropping by and calling, bringing food and sending cards. He never forgot their kindnesses to him, even as he moved to Richmond, Virginia in 2011 to live with his daughter, Martha Alice and son-in-law, John Gass.

In Bob's final 10 years he joined a local gym, where he was known by the nickname "88," read books, enjoyed hosting parties and welcomed family members who visited. Bob taught his family the importance of finishing strong. He taught them how to do hard things.

In lieu of flowers, the family of Robert N. Watkin Jr. is requesting that gifts be made to: The Children's Nutrition Program of Haiti (CNP), P.O. Box 3720, Chattanooga, Tenn. 37404 or www.cnphaiti.org.

A socially-distanced memorial service for Robert will be held at 12 noon April 17, at Tabernacle Baptist Church (1925 Grove Avenue, Richmond, Va. 23220). A gravesite service for Robert will be held in May/June at Woodlawn Memorial Park in Nashville, Tennessee.
Published by Richmond Times-Dispatch on Apr. 11, 2021.
To plant trees in memory, please visit the Sympathy Store.
MEMORIAL EVENTS
Apr
17
Memorial service
12:00p.m.
Tabernacle Baptist Church
1925 Grove Avenue, Richmond, VA
Funeral services provided by:
Bliley's Funeral Homes Central Chapel
MAKE A DONATION
MEMORIES & CONDOLENCES
Sponsored by Bliley's Funeral Homes Central Chapel.
5 Entries
Dear family of Bob's, I enjoyed being with him and your mom as they would often join us for meals. I taught you three children swimming and Mary, Nancy and Joanie became your friends, too. I remember you as a dear family and dear friends. Your dad was such a great gift to this word and I am thankful to have known him.
Ches Hudel
Friend
May 27, 2021
To the Family of Rev. Dr. Bob Watkin: I am saddened but also joyful to learn that Bob has joined the church triumphant - saddened for the family and your loss - joyful to know that Bob is with our Lord Jesus Christ. As a member of the Presbytery of East Tennessee, I knew Bob as a colleague and friend when I served as a pastor in Knoxville and LaFollette, TN. My prayers are with you that you will be comforted. May the Peace of Christ be with you. Rev. Jim Gray
Rev. Jim Gray
April 20, 2021
Thoughts and prayers for the family during this difficult time.
Joanne White
April 15, 2021 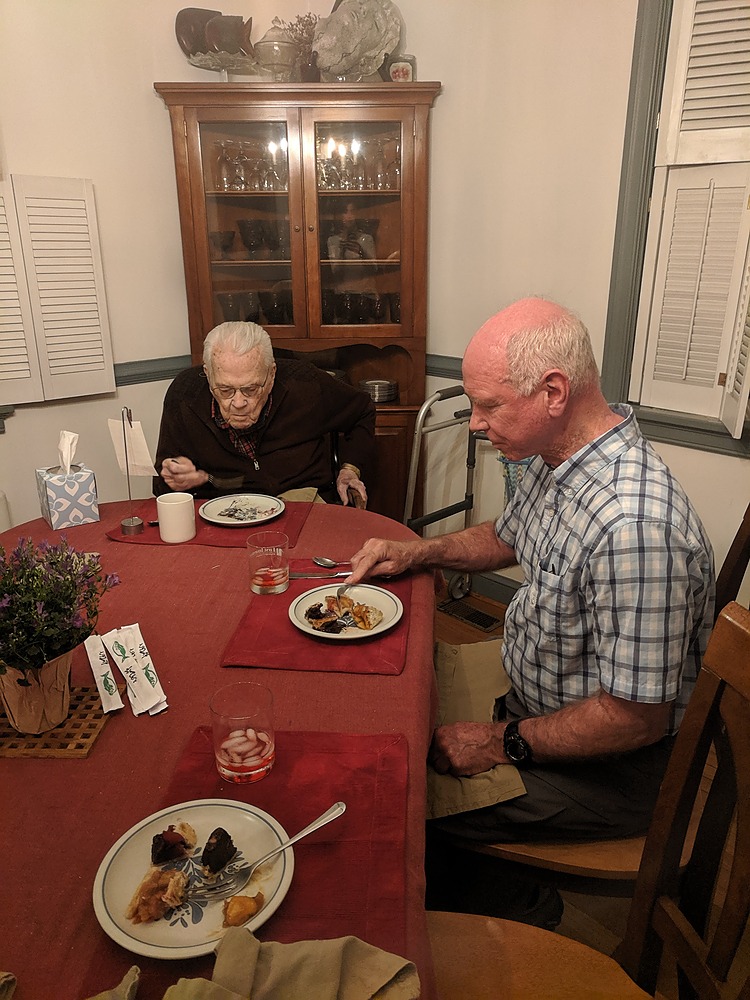 I will never forget the wonderful afternoon and evening I spent with Bob a couple of years ago. Thanks, Marti and John, for welcoming me into your beautiful home for that. Allan and I will be attending the service online from Oklahoma and wishing we were there in person to honor him and celebrate a beautiful soul and a life well-lived.
Jandra Cox
April 11, 2021
With our deepest gratitude for sharing your marvelous Dad with our family for so many years at Rivermont Presbyterian. Marvelous memories of Sunday Worship, Family Camps, Bible Studies and yes, those tender reassuring funeral services he led. He answered God´s call well. Alden, Carolene Perry Alicia Perry Foo Karen Perry Atkins Betsey Perry Rodgers
Alden & Carolene Perry
April 11, 2021
Showing 1 - 5 of 5 results