Johnson
Winston E. Johnson was born in Valdosta on July 4, 1941 and died in Atlanta on May 11, 2021, after a two decade battle with prostate cancer and finally bladder cancer. Atlanta was home for over fifty years. Winston sends a very special thank you to the Interventional Radiation Team and the Palliative Team at the Atlanta VA Medical Center.
Winston was with Eastern Airlines for 24 years during the halcyon days of air travel and then nine years as corporate sales director at Carey Limousine in Atlanta. However, Winston's most important accomplishment in life was caring for his life partner of 42 years, Leon Allen, through 17 years of Parkinson's disease. Winston said Leon was the best patient anyone could wish for. Leon died very peacefully at home, in February 2006, in Winston's arms.
In the mid 1980s, Winston and Leon became affiliated with the Human Rights Campaign. The founders of HRC realized that LGBTQ people needed a presence in Washington, DC if they were ever to achieve equal rights. HRC is the largest national organization in the struggle for equality for LGBTQ persons. The success of that effort is very visible today in the more general acceptance of LGBTQ people and especially same sex marriage and the June 2020 decision by the Supreme Court to outlaw firing of LGBTQ people due to sexual orientation or gender identity.
In more recent years, Winston's political activism included the fight for the full spectrum of end-of-life options. After his partner, Leon, died of Parkinson's, Winston never expected to reach an advanced age. Winston would say, "I am not afraid of dying, I just want to avoid the pain. This was informed by an experience I had a few years ago in an emergency room where I was in excruciating pain for twelve hours and the doctor refused to treat my pain appropriately while I, a man in my 70s, cried and writhed in pain. I hope my story will inspire Georgians to speak out in support of medical aid in dying. When one is terminally ill, if that person is of sound mind, it should be up to that person to decide when they can take no more."
Winston is survived by his brother Hjalma Johnson (Laura) of Dade City, Florida and many nieces and nephews, including Hjalma and Laura's son Leonard (Nancy) of Dade City and Tampa, Florida. He was preceded in death by his beloved partner Leon, his father Curtis and mother Florence, his sisters Helon and Mary and his brothers Doyle, Lucian Mitchell, Leslie, and Bethel Ray.
For anyone who wishes to remember Winston with a donation, please consider Compassion and Choices. Compassion and Choices is the premier organization in the United States working all over the country for "death with dignity" laws.
Compassion & Choices
PO Box 485
Etna, NH 03750
https://www.compassionandchoices.org/contribution/give-a-gift-in-honor-of-a-friend-or-loved-one/
Please Sign the Guestbook @ Jacksonville.com
Published by Florida Times-Union from May 12 to May 16, 2021.
To plant trees in memory, please visit the Sympathy Store.
MEMORIAL EVENTS
To offer your sympathy during this difficult time, you can now have memorial trees planted in a National Forest in memory of your loved one.
MAKE A DONATION
MEMORIES & CONDOLENCES
Sponsored by Jacksonville.com.
12 Entries
Winston was one of the kindest people I have known. Our relationship goes back to his Eastern Airlines day, when as a travel agent he was such a great compliment to Eastern. Followed him through Carey and beyond. When I realized that I had not receive his usual response to the birthday card I sent him, I found his obituary. A great loss to his family, friends and mankind. He will be remembered with great fondness.
Jan Lewandowski
Friend
August 27, 2021 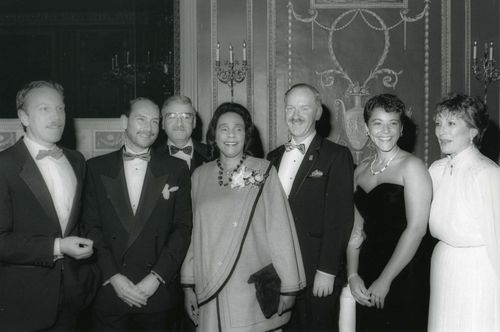 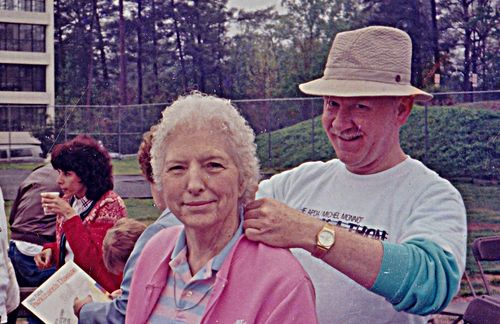 Winston was a man of great compassion and a man who taught how strong a bond between two mencould be. For many years he and his partner, Leon, were an important part of my life and that of my parents. My mother was especially amazed that he seemed to treat her as a VIP at Eastern as though she were a family member. The photo is one I cherish of Winston helping my mother with her Parkinson's Walkathon badge early in Leon's illness. Whenever I talked with Winston, he apprised me of how Hjalma was faring and how much he appreciated having him for an older brother. Thank you for being a good friend to two of my favorite people.
Valerie Mock
Friend
May 27, 2021
I had never really met him but, all I had ever hear about him was just amazing things and all the great things he did around the community. RIP
Karen K
Neighbor
May 19, 2021
I worked for Eastern Airlines in the 60's and 70's at the Atlanta Airport. He was always amicable and pleasant, no matter how bad the situation or nasty the passenger was. He will be miss. My wife was an Eastern Flight Attendant and has nice memories of him also.
Bill Striplin
Coworker
May 18, 2021
Winston you were a kind and generous soul. We were neighbors at Spire, but became friends as time pass by. We always shared a laugh and I always enjoyed your stories and hearing about your interests; from music, artwork or pieces you had collected. You always had something interesting to share. It was always a joy. You will be missed. Much Love, Aaron & Pamela Lake
Aaron Lake
Friend
May 17, 2021
I only knew Winston from the conversations shared on the elevator at our condominium building but it always brightened my day when the door would open and there was Winston. Our brief conversations always imparted his witty outlooks on the events of the day. He will be missed by his fellow residents at Spire Midtown Condominiums. Peace be with your Winston.
Greg Arnsdorff
Neighbor
May 16, 2021
Leon was a cousin to my late husband and that’s how I met Winston. We were all young and I’ll always remember his kindness and caring way. Leon was very Special to me as was Winston. You and Leon are together once again and so my friend RIP You will be missed.
Yvonne Allen
Friend
May 16, 2021
Uncle Winston was a wonderful man and uncle, and he will be sorely missed. Rest In Peace Uncle Win.
Mary Chimenti
Family
May 15, 2021
Thank you, Winston, for all your work for equality to make my life and the life of other lgbtq people better.
Dyana Bagby
Friend
May 13, 2021
Winston, Tracy and I loved you. It was a pleasure being your across the hall neighbor for almost 9 years. We are going to miss you very much. You were so kind and taught me a lot about the LGBTQ community without judging me or my questions. Thank you for just being so kind.
Sabrina & Tracy Green
Sabrina Green
Friend
May 13, 2021
Winston was one of the kindest persons I have known. May his spirit soar to the heavens.
Camille Love
Friend
May 13, 2021
Showing 1 - 12 of 12 results