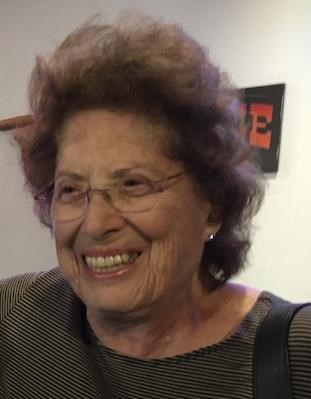 died on April 15, 2021, in Seattle, Washington. Born April 18, 1938 in Chicago, Illinois to Theodore and Sophie (Feldman) Kaplan, Eve grew up in the Chicago area. She attended the University of Wisconsin, Madison, where she received her Bachelor of Science in 1958 and her Master of Social Work in 1960.

Eve and her late husband, Dr. Lee I. Schocket, raised two children in Tucson, Arizona, where Eve practiced psychiatric social work. At the age of 40, with two young children, Eve attended law school at the University of Arizona, where she earned her Juris Doctor degree with distinction.

As a member of the American Bar Association and the Arizona State Bar, Eve practiced law in Tucson in a variety of capacities, including as a lawyer for the Arizona State Court of Appeals (1977-1978) and Rabinowitz & Dix, Professional Corporation (1978-1979). Then she was partner in Kerry, Schocket, Dusenberry (1979-1987). At the end of her career, she worked as an arbitrator for a period of time.

Eve served on the boards of directors of several legal organizations including the Arizona Bar Foundation board of directors of 1995, the Pima County Bar, Arizona Women Lawyers, where she was president of the Southern Arizona chapter from 1985-1986. She also served on the League of Women Voters board from 1970-1974, and the Executive Women's Council. She was also very active in the effort to ratify the Equal Rights Amendment.

Eve believed deeply in the value of public education and served as a board member for the Catalina Foothills School District from 1978-1984, including a term as president in 1983. She also served on the board of directors for the Law College Association, University of Arizona from 1983-1997.

Eve never stopped learning; she loved to explore new classes at the University of Arizona and share ideas with her friends and her family. She was a voracious reader, and her participation in two Tucson book clubs was the strong foundation for wonderful friendships and intellectual engagement. She loved her season tickets to U of A basketball and was an avid movie buff; she loved opera, theater and concerts. She was a skier well into her 60s and scuba dived all over the world. She traveled extensively throughout her life, from Antartica to Africa, China to Nepal. One of her deepest pleasures was sharing her love of exploration with her children and her grandchildren, introducing them to snorkeling, history, wildlife, and many new adventures.

Eve leaves behind her daughter, Dr. Luanne Schocket; her son-in-law, Justin Edison and her beloved grandchildren, Cameron and Erin. Her treasured son, Eric predeceased her, leaving behind his wife, Alison Greene and Eve's adored grandchildren, Benjamin and Margot Schocket-Greene.

Eve was remarkable in that she created lifelong, loyal friendships in Wisconsin, Tucson and in Seattle. Her friends became her extended family, whom she loved dearly and who loved and cared for her. She will be fondly remembered as a powerful, intelligent and fiercely loving mother, grandmother, and friend.


To plant trees in memory, please visit our Sympathy Store.
Published by Arizona Daily Star on May 2, 2021.
MEMORIAL EVENTS
No memorial events are currently scheduled.
To offer your sympathy during this difficult time, you can now have memorial trees planted in a National Forest in memory of your loved one.
MAKE A DONATION
MEMORIES & CONDOLENCES
2 Entries
Alan and I have worked and known Eve for many many years. She was not just a customer, but a friend as well. I know this she was so happy to be able to go back and spend time with her family this past year. Prayers and hugs go out to her family and know that she loved you all.
Alan and Reagan Walcott
May 12, 2021
So many fond memories growing up with Eve, Lee, Eric, and Luanne. Thank you for sharing this wonderful tribute to Eve. She was a truly strong and beautiful person who lived life to the fullest and was fiercely loyal to her friends and family. I always thoroughly enjoyed my time spent with Eve and respected her greatly. My thoughts and prayers are with Luanne, Justin, Cameron, Erin, Alison, Benjamin, and Margot in the loss of your wonderful Mother/Grandmother.
Tom Lowell
May 3, 2021
Showing 1 - 2 of 2 results