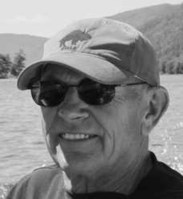 BORN
1935
DIED
2018
FUNERAL HOME
Brown-Wynne Funeral Home
300 Saint Mary's Street
Raleigh, NC
Lee C. Merkel 1935 - 2018
RALEIGH, NC - Lee C. Merkel, of Raleigh, NC, passed away peacefully in his home on Sunday, October 7, 2018 at the age of 83 surrounded by his family.
Lee is survived by his wife, Sharon Riley Merkel; son, Mark A. Merkel (Andrea Creque Merkel) of Raleigh, NC; and former spouse, Mary M. Merkel and sons, Carl Merkel (Carol Biedermann Merkel), of Denver,CO, Brian Merkel, of Whitesboro and Lee Merkel (Donna Rossiter Merkel), of Eagle, CO. He is also survived by seven grandchildren; and many nieces and nephews.
Lee was born on August 30, 1935, in Rochester, to Earle And Ruth Merkel. He was the seventh of twelve siblings; Earlene Newton, Guy Merkel, Wanda Cardillo, Bruce Merkel, Gerald Merkel, Ann Kirchner and predeceased by Thomas Merkel, Gail Heidt, Una Merkel, Nancy Barone and Dennis Merkel.
He graduated from Edison Technical High School in Rochester and proudly served in the United States Army before eventually settling in Utica in 1971. Lee owned the Hess Gas Station on Genesee Street in South Utica from 1972 until 2010.
Lee was very active in the community. He was a lifetime member and served a term as President of the Utica Optimist Club, a member of the Free Masons Lodge #47, member of the Utica Maennerchor and a longtime sponsor of South Utica Little League Baseball. Lee was an avid fisherman and sports enthusiast who had a religious-like devotion to the Syracuse Orange and his beloved Buffalo Bills.
Above all, Lee was a devoted father and provider who will be missed dearly by all.
We would like to thank Kindred Hospice of Oxford, NC for the care they provided to Lee during this difficult time. He also enjoyed spending time at the Millbrook Enrichment Center.
In lieu of flowers, memorials may be made to the Dementia Alliance of North Carolina, 9131 Anson Way, Suite 206, Raleigh, North Carolina, 27615.
Visitation is scheduled for Thursday, October 11, 2018, from 11:30 a.m. – 12:30 p.m., at Brown-Wynne Funeral Home, 300 Saint Mary's Street, Raleigh, NC. Following visitation, a 1:00 p.m. funeral service will be held at the Holy Name of Jesus Cathedral, 715 Nazareth St. Raleigh, NC. Following the service, Lee will be laid to rest at Oakwood Cemetery, 701 Oakwood Ave, Raleigh, NC.
Lee has requested six Buffalo Bills players as pall bearers so they can let him down one last time.
Published by The Observer-Dispatch from Oct. 9 to Oct. 10, 2018.
To plant trees in memory, please visit the Sympathy Store.
MEMORIAL EVENTS
Oct
11
Visitation
11:30a.m. - 12:30p.m.
Brown-Wynne Funeral Home
300 Saint Mary's Street, Raleigh, NC
Oct
11
Funeral service
1:00p.m.
Holy Name of Jesus Cathedral
715 Nazareth St., Raleigh, NC
Funeral services provided by:
Brown-Wynne Funeral Home
MAKE A DONATION
MEMORIES & CONDOLENCES
Sponsored by Brown-Wynne Funeral Home.
9 Entries
Lee was a very very nice man who frequented Joey's Diner in Utica NY every morning and he loved his family dearly and looked forward to moving south but his heart remained in Utica.We always teased Lee about his Bills but he stood by them since most of the guys at the Diner were NY Giant Fans. Lee always sat with Dino Franco and they are a prime example of how opposites attract. Dino passed about 6 months ago and now they are having coffee in heaven with the Big Guy.Our deepest regards and sympathy to Sharon and the family and some of us otten wondered how Lee was and now we know he is in good hands.God Bless You Lee

GEORGE and Lou and the gang from Joey's
GEORGE Abidib
November 13, 2018
Uncle Lee was a good man and I have fond memories of him at the Merkel family reunions over the many years. My thoughts and prayers are with Sharon and the family.
Tim Merkel- Longmont, CO
Tim Merkel
October 17, 2018
Sharon

I am so very sorry for your loss. Please know I am thinking about you. Prayers and love for you and your family.
Sincerely
Terry Krumbach and family
October 16, 2018
Lee, I'm sorry we let you down by not winning the big one. We failed to deliver and that'll haunt me for the rest of my life. Thanks for being an unwavering fan of the Buffalo Bills.

Darryl (#56) and Janine Talley
October 12, 2018
God Rest your Soul Lee.Also a HUGE BILLS Fan and I am praying for all of your family along with loved one's.RIP
October 11, 2018
So sorry to see the loss of Lee. My husband spent many cold days in the Hess gas station in South Utica with Lee sipping coffee before work or getting gas for his snowblower.Our condolences to the Merkel family.
Mike and Lynn Guca
October 11, 2018
Your family is in our thoughts . Much love always, Lucian, Kim, Alex and Maya Schwartz
Kim Schwartz
October 11, 2018
My condolence to the family in your loss. Lee was a good man whom I enjoyed dealing with throughout many years. I was a customer of his at the Hess station, and on a small scale, Lee eventually became a customer of mine. At the Hess station he was always accommodating, courteous, and friendly; he seemed to genuinely take an interest in people.
Jim Amado
October 11, 2018
Mark and Sharon, so sorry for your loss. Lee was a great guy and a great first boss. I have great memories of Hess from 1994-1996 and New Hartford youth hockey before that. My thoughts and prayers are with you. My mom and dad were fans of Lee and your family too. Rest In Peace Lee.
Mike Miller
October 10, 2018
Showing 1 - 9 of 9 results