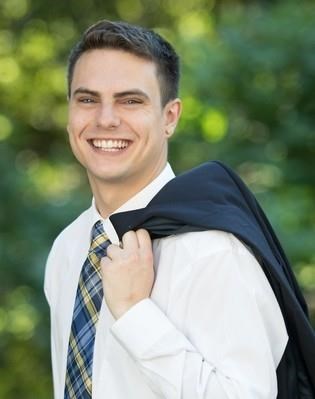 It is with great sorrow and heavy hearts that we announce the passing of our beloved Brian Patrick Gialketsis. Brian passed away from a pulmonary embolism at his home in Oakland, California on July 20, 2019. While Brian's life was cut far too short, he had a profound impact on many.

Brian was an exceptionally bright, passionate, and empathetic soul who sought to make difference in the world by protecting the environment and improving the lives of others. He was born in Ventura and spent most of his early years in Santa Paula, California which he considered his hometown. He graduated from Isbell Middle School and then from Buena High School as one of the valedictorians of his class. He loved the outdoors, enjoyed hiking, and spending time at the beach and was very proud to call Ventura County his home. He had a deep appreciation for music and the arts and regularly attended concerts, musicals, street fairs, and cultural arts events. He was proud to be queer and was actively involved in LGBT+ rights.

Brian attended the University of California, Berkeley and double majored in Conservation Resources Studies and Rhetoric. Upon graduation, he served as the Coordinator of the UC Berkeley Green Initiative Fund, which is an internationally recognized program to help ensure environmental sustainability. Brian was a champion for environmental justice and a passionate representative for the underrepresented. He recently represented UC Berkeley's program as a finalist in the International Green Gown Awards for Sustainability Excellence, which is endorsed by the United Nations. He was also accepted to the Harvard Executive Education for Sustainability Leadership program and was looking forward to learning more about impactful environmental leadership. As one of his colleagues noted, "We've lost one of the world's future environmental leaders."

Brian will be long remembered by many for his vibrant smile that would light up a room, his intellectual capacity, his empathetic and accessible demeanor, and the genuine beauty of his soul. He is survived by his parents Michael Gialketsis and Kari Finley, his sisters Allyson (Ally) Gialketsis and Kathryn (Katie) Gialketsis, his step parents Lori Bliss and Clifford (Cliff) Finley and step siblings, Genevieve (Gena) Finley, Kendra Finley, Timothy (Tim) Finley, Jason (Bo) Bliss, and Casey Bliss. He is also survived by his grandparents Brian (Pops) Stewart and Carolyn (Nana) and Donald (Gramps) Staight. Because we knew him, we are all better people.

The family will be holding a Celebration of Brian's Life on August 17, 2019 from 4pm-8pm at the Poinsettia Pavilion in Ventura, California. In lieu of flowers or gifts, a scholarship fund (Brian Patrick Gialketsis Memorial Scholarship) has been set up through the Ventura County Community Foundation (vccf.org/scholarship) to honor and perpetuate his legacy. Tributes to his legacy can be found on his Facebook page


Published by Ventura County Star on Aug. 4, 2019.
To plant trees in memory, please visit the Sympathy Store.
MEMORIAL EVENTS
Aug
17
Celebration of Life
4:00p.m. - 8:00p.m.
Poinsettia Pavilion
Ventura, CA
MAKE A DONATION
MEMORIES & CONDOLENCES
3 Entries
What a wonderful person he must have been. So sad to lose him for his family and the community.
Nancy Healey
August 15, 2019
I am so very sorry for this tremendous loss. Brian sounds like he was a beautiful person and had so very much potential to make a huge difference in this messed up world. It's just so sad and I feel so bad for your family.
Liz Ferris
August 9, 2019
Dear Mike and Kari, Allison and Katie,

We have so many fond memories to cherish of our families times together.....I am so sorry for your loss ....and the loss to all the lives Brain touched.