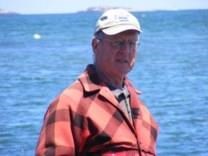 FUNERAL HOME
Eustis & Cornell Funeral Home
142 Elm Street
Marblehead, MA
Frederick R. Sullivan, 78, a lifelong resident of Marblehead, passed away at home on June 22, 2018. Fred was born in Lynn, Massachusetts, the son of the late Herbert Sullivan and Pearl (Ross) Sullivan. A graduate of Bates College in Maine, Fred was a former student and then became a teacher at the Glover Elementary School in Marblehead. He touched the lives of many, many Marblehead children, teachers, and faculty. After retiring, Fred returned to the Glover School as a volunteer teacher for several more years. He was a veteran of the National Guard. He was an environmentalist and avid photographer. He served the town for many years on the Conservation Commission, appointed initially in 1974 and serving until 1994 and appointed again in 2004 and serving until present. Fred was a passionate consultant to the town engineering department and Historical Commission. Fred was also active at the St. Andrews Church and was involved in the Ipswich Horseback Carriage Club. An active member of the Marblehead Yacht Club for over forty years, Fred was also a former Commodore. Fred leaves several cousins and many friends. A funeral service will be held in St. Andrews Episcopal Church, 135 Lafayette Street, Marblehead on Thursday, July 12 at 11AM. Burial to follow in Waterside Cemetery, Marblehead. Visiting hours will be held at Eustis and Cornell of Marblehead, 142 Elm Street on Wednesday, July 11 from 4-7 PM. In lieu of flowers, donations may be made to the Marblehead Museum, 170 Washing ton Street, Marblehead, MA. Please visit the online guestbook for Fred at www.eusti sandcornellfuneralhome.com.
Published by The Marblehead Reporter from Jun. 30 to Jul. 12, 2018.
To plant trees in memory, please visit the Sympathy Store.
MEMORIAL EVENTS
Jul
11
Visitation
4:00p.m. - 7:00p.m.
Eustis & Cornell Funeral Home
142 Elm Street, Marblehead, MA
Jul
12
Funeral service
11:00a.m.
St. Andrew's Episcopal Church
135 Lafayette Street, Marblehead, MA
Funeral services provided by:
Eustis & Cornell Funeral Home
MAKE A DONATION
MEMORIES & CONDOLENCES
Sponsored by Eustis & Cornell Funeral Home.
4 Entries 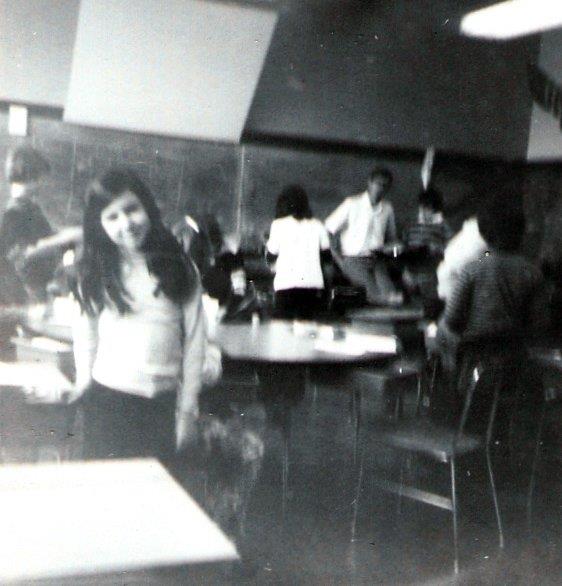 I had Mr. Sullivan as a 4th grade teacher in 1975. Other than my band teacher in HS, Mr. Sullivan was the teacher who left the biggest impression with me still after all these years. Everyone i know who had him as a teacher all think of him fondly the same way.

I was a budding photographer back then and found a couple of pictures taken in his room (he can be seen in the back) and on a whale watch or science/boat trip our class took. Always enjoyed his outings and explorations.

He will definitely will be missed and he may be gone but not from my memory.
July 5, 2018
I taught third grade at Glover. Fred had become a fixture of the school. His classroom had many, many plants on the sill. You couldn't see out the windows. How Fred knew his science and Marblehead!I hadn't seen Fred in many, many years but remember his quiet way and love of teaching science. RIP
Barbara Schwartz
July 1, 2018
My daughter was in Fred's class for 4th grade. He had nicknames for most. She was 'Stretch' because she was the tallest. Alas, others surpassed her along the way and the nickname fell by the wayside. For a large package of candy corn Fred agreed to lead our Glover School 4th Grade Girl Scout Troop over to marshes behind the Catholic cemetery. Then he made me commandeer one of the canoes down the Ipswich river. I, who had never canoed in my life, was now in charge of 5 nine year old girls. The spring rains came and we got drenched to our undies. Around that time, Fred was instrumental helping the group that came together to take back the Girl Scout cabin at the end of Everett Paine Blvd. and I believe he continued to look out for it after the cabin passed to the control of the town. Lastly, for our MHS64 50th reunion a few years ago, he was most helpful helping us to put together a CD with a photo history of Marblehead as we would have remembered it. I'll remember him as a quiet, but resourceful man who worked for candy corn. :) Joanne Faney Hobin
June 30, 2018
Fred Sullivan was dear friend for over 25 years. In addition to his love of Marblehead he was a devoted grandfather to our two grandaughters Cori and Samantha. But the love of his life was his American Saddlebred Wing-fires Beauty aka Sara. Fred harness Sara up and we would drive the horses to the Junction Ice Cream stand in Essex. He always brought a metal spoon and a wet cloth and ordered a large peppermint stick ice cream and feed it to her.
The highlight of the year was when he harnessed Sara to her carriage and enter her into the Horse Driving trials at Myopia and the Weston Carriage Shows. Fred was the recipient of many ribbons including blue ribbons.
He was always asked to put the star on the Christmas tree for no one was tall enough.
Thank you Fred for your devoted friendship, we will miss you and I am sure you will hear better in Heaven.