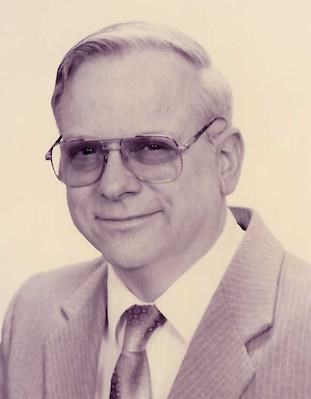 Hospital, surrounded by his family. Ronald was born in March 1947 in Harrisburg to the late Rosalind M. and Robert J. Calhoun. He was the second of three children. He married Dora L. Calhoun on March 1969, who survives.

Ronald grew up in the Harrisburg area and graduated from Valley Forge Military Academy in 1967. He then graduated from West Virginia University in 1969 with a degree in accounting and a commission in the U.S. Army through their ROTC program. As a Vietnam War era veteran, Ronald honorably served his country commanding tanks as an Armor Officer. After military service, he returned to his home state of Pennsylvania and worked as a corporate tax accountant for many years before opening his own small accounting business.

An excellent musician and lifetime student of music, Ronald played piccolo and flute for the Valley Forge Military Academy band in his early years. With retirement, he had the freedom to return to his love of music as the organist for Christ Lutheran Church in Loganville, PA.

Outside the office and church, Ronald was very involved within the community, volunteering when and where he could. He was a lifetime member of the New Cumberland River Rescue, where he served as a member of the Board of Directors. He also volunteered as the Treasurer of the York Organist Guild. Ronald was a beloved husband, proud father and grandfather. He was a fan of the TV classics from yesteryear and cherished sharing these treasures with his grandchildren.

A Celebration of Life Service will be held on Monday, August 2, 2021 at 11 a.m. at Christ Lutheran Church, 80 S. Main St, Loganville Pa. Pastor DeStephano will be officiating. A viewing will be held prior to the service from 10 a.m. - 11 a.m. Burial will take place immediately after the service at Prospect Hill Cemetery. Gladfelter Funeral Home, Inc. is entrusted with the arrangements.

Published by York Daily Record from Jul. 29 to Jul. 31, 2021.
To plant trees in memory, please visit the Sympathy Store.
MEMORIAL EVENTS
Aug
2
Viewing
10:00a.m. - 11:00a.m.
Christ Lutheran Church
80 S. Main St, Loganville, PA
Aug
2
Service
11:00a.m.
Christ Lutheran Church
80 S. Main St, Loganville, PA
Aug
2
Burial
Prospect Hill Cemetery
PA
Funeral services provided by:
Gladfelter Funeral Home Inc
MAKE A DONATION
MEMORIES & CONDOLENCES
Sponsored by InYork.com.
3 Entries
I first met Mr. Calhoun in 1999. He encouraged me to continue my education, offered guidance, & used his sense of humor to keep me smiling through challenges. He offered this support over two decades. An amazing man that will be missed.
Natia Kinnard
Other
August 7, 2021
I had Mr. Calhoun as my Accounting Professor at YBI (2003). He taught me all I know about Accounting and I still love it. He was a funny man who made you laugh while learning. R.I.P. Sir
Linda
August 2, 2021
I had Mr. Calhoun as an accounting professor at YBI back in 1999, he was such a sweet and patient person when explaining numbers to the students who didn't care for any sort of math problems. He was always comical when explaining different concepts and I enjoyed his class even though I was one who didn't enjoy mathematics. I am very sorry for your loss.
Jennifer
August 2, 2021
Showing 1 - 3 of 3 results