We remember rapper Eazy-E and other notable people who died this day in history.

Eazy-E came “Straight Outta Compton” in the mid-1980s, revolutionizing hip-hop music as one of the members of N.W.A. Born Eric Wright, he became one of the pioneers of gangsta rap, bringing a hard edge to a genre that was beginning to move away from its more carefree roots. After N.W.A. dissolved, Eazy-E had a successful solo career, cut short by his death from complications of AIDS at just 31. We remember Eazy-E’s life today as well as the lives of other notable people who died this day in history.

Click to discover notable people who were born this day in history including Star Trek legend Leonard Nimoy.

2015: John Renbourn, English guitarist and songwriter best known for his work with the folk rock group Pentangle, dies at 70.

2013: Don Payne, U.S. television writer and producer who was a writer for The Simpsons and wrote feature films including Thor, dies at 48.

2013: Patricia McCormick, U.S. bullfighter considered to be the first American woman to fight bulls professionally in Mexico, dies at 83.

In a decade-plus in the ring, she was gored six times – “once so brutally that a priest administered last rites over her mangled body,” according to her Los Angeles Times obituary. Read more

2013: Tom Boerwinkle, U.S. NBA center for the Chicago Bulls who set the Bulls record for the most rebounds in a game with 37, dies at 67.

2011: Geraldine Ferraro, U.S. politician who was a congresswoman for New York from 1979 until 1985 and the first female vice presidential candidate, dies at 75.

An obscure Queens congresswoman, Ferraro catapulted to national prominence at the 1984 Democratic convention when she was chosen by presidential nominee Walter Mondale to join his ticket against incumbents Ronald Reagan and George H.W. Bush. Delegates in San Francisco erupted in cheers at the first line of her speech accepting the vice-presidential nomination. “My name is Geraldine Ferraro,” she declared. “I stand before you to proclaim tonight: America is the land where dreams can come true for all of us.” Read more

2011: Diana Wynne Jones, English author of fantasy novels for children and adults, including the “Howl’s Moving Castle” and Chrestomanci series, dies at 76.

Phillips was one of the first radio hosts to use humorous and offbeat telephone calls, like the one recounted on the Museum of Broadcast Communications website: Phillips phoned a pet cemetery to arrange a funeral for his mouse, said Bruce DuMont, president of the museum. But his show presented a serious side, too. Read more

2006: Nikki Sudden, English singer-songwriter and guitarist who had a strong cult following and played with artists including Jeff Tweedy of Wilco and Mick Taylor, dies at 49.

2006: Paul Dana, U.S. professional race car driver, dies at 30 in a crash while practicing before a race.

Dana, 30, a former motor-sports journalist with a degree from Northwestern University, was a rookie who competed in three Indy Racing League races for Ethanol Hemelgarn Racing in 2005 with a best finish of 10th in the race at Homestead. Read more

2005: Paul Hester, Australian musician who was the drummer for the band Crowded House, dies at 46. 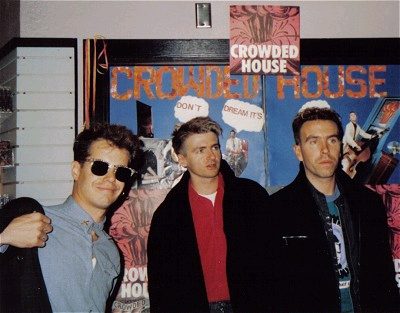 Hailing from Australia and New Zealand, Crowded House stormed the charts in 1986 with their gentle hit ballad … and then, in the eyes of most of the world, dropped out of sight. But to fans of the band, that couldn’t be further from the truth. Some of their finest work came after that hit single, and Hester was there for much of it. Read more

The lanky, pink-faced lawmaker, who preferred bow ties and professorial tweeds to the Senate uniform of lawyer-like pinstripes, reveled in speaking his mind and defying conventional labels. Known for his ability to spot emerging issues and trends, Moynihan was a leader in welfare reform and transportation initiatives, and an authority on Social Security and foreign policy. Read more

2002: Randy Castillo, U.S. drummer who was a member of Ozzy Osbourne’s band and drummed for Lita Ford and Motley Crue, dies at 51.

2000: Alex Comfort, English scientist known best for his nonfiction book The Joy of Sex, dies at 80.

When N.W.A.’s debut album, Straight Outta Compton, came out in 1988, it struck a nerve not only within the rap community, but also with young people of all stripes, while their parents worried that it glorified violence, drugs and misogyny. The group kick-started the careers of Dr. Dre and Ice Cube, who have become mainstream figures, but Eazy-E, who died March 26, 1995, is less well-known. But Eazy-E’s Ruthless Records launched N.W.A. and later discovered acts such as Bone Thugs-n-Harmony, and his style and business sense have earned him the nickname the Godfather of Gangsta Rap. Read more

1973: Noel Coward, English actor, singer, playwright and director well-known for his flamboyance and wit, dies at 73.

1959: Raymond Chandler, U.S. author who was well-known for his detective novels starring Phillip Marlowe, including The Big Sleep and The Long Goodbye, dies at 70. 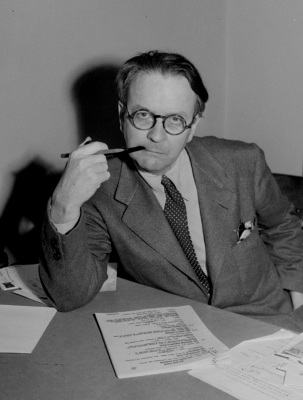 In Chandler’s works people kill for base reasons and their crimes are neither elegant in their conception nor puzzling in their execution. It’s a world with no room for elderly spinster-sleuths or Lord Peter Wimseys, one instead populated by crooked cops and sociopathic gangsters, and all manner of grifters high and low who prowl the mean streets of Los Angeles. Read more

1923: Sarah Bernhardt, French actress who was a star during the late 19th and early 20th centuries, dies at 78.

1892: Walt Whitman, U.S. poet who is considered one of the most influential poets in America and is known for his work Leaves of Grass, dies at 72.

1827: Ludwig van Beethoven, German composer and one of the most important figures in classical music, dies at 56.

Click to discover notable people who were born this day in history including Star Trek legend Leonard Nimoy.