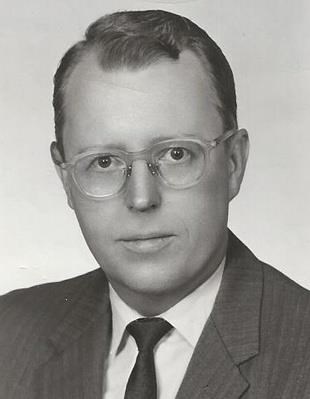 Sun City West - William (Bill) Toole Curless, 90, died November 2, 2018. William lived in Sun City West, Arizona at the time of his death. He was born in Quincy, Illinois on March 11, 1928, and lived in Quincy most of his childhood. He graduated from Quincy Senior High School in 1945. He received a BS degree from the University of Illinois and an MS degree from the University of Kansas. Both degrees were in Chemistry.

William worked as a research chemist for a number of major companies, including Victor Chemical Works, PPG Industries, Spencer Chemical, Gulf Oil Corp., and Farmland Industries. Most of his adult life was spent in Overland Park, Kansas.

Burial will be in the Curless Cemetery near Loraine, Illinois in Adams County, Illinois.

I am sorry for your loss. May the "God of all comfort," help to ease the pain of your grief during this most difficult time of mourning. Isaiah 61:1,2
November 9, 2018
Offering deepest heartfelt sympathy for the loss of your loved one. May your cherished memories shine through your sorrow. John 11: 33-44
November 9, 2018
Psalm 90:10 says that the days of our years are 70 years, And if because of special mightiness they are 80 years.
May the memories of the wonderful times you shared together bring a smile and joy in your heart.
November 7, 2018
Sorry to hear of your brother death, but he did have a wonderful life.
Bernie & Easter Leyendecker
November 6, 2018
Showing 1 - 4 of 4 results