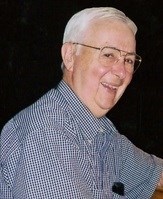 BORN
1932
DIED
2021
ABOUT
Charlotte Latin School
FUNERAL HOME
Kenneth W. Poe Funeral & Cremation Service - Charlotte
1321 Berkeley Avenue
Charlotte, NC
William "Bill" Franklin Bryant, Jr.
November 5, 1932 - August 24, 2021
Charlotte, North Carolina - William "Bill" Franklin Bryant, Jr. passed away peacefully at Sharon Towers in Charlotte, NC on Tuesday, August 24, 2021. Bill was born in Bristol, VA and was the son of the late William Franklin and Jessie (Prater) Bryant, Sr.
As a young boy Bill's family moved to Charlotte, NC where he remained as a resident for his entire life. He was a graduate of Alexander Graham Middle School and Central High School before attending Duke University in 1950. Bill joined the Beta Theta Pi Fraternity at Duke and remained a lifetime active and loyal Brother and attended many of the Alumni reunions that occurred around the world. Together, he and his wife, Pat enjoyed these wonderful experiences that created a lifetime of memories for the both of them. Bill entered Duke Medical School in 1954 where he found his calling. He married his college sweetheart Patricia Werber on June 23, 1956 and they were together for 65 years. They moved to Charlotte in 1963 after Bill completed his residency at Duke University Hospital where he joined the Charlotte Pediatric Clinic with his partners. He treated children for 53 years serving four generations of Charlotteans earning the affectionate nickname "Doc Bill." Passionate about sports whether participating or watching with family he was an avid golfer with a great short game. The Bryants were long standing members of Charlotte Country Club. He was an original Carolina Panther PSL owner and he never missed a Duke or Atlanta Braves game if at all possible. He and his son Mike attended many ball games together including Charlotte O's at Crockett Park and later became season ticket holders to Knights Baseball in Fort Mill, SC. Bill was a tireless supporter of both of his sons athletic activities and interests and found a way to attend almost every game regardless of time or distance. Gardening, lawn maintenance and designing, building projects would also give Bill great personal satisfaction. He took care of his home's 2.5-acre property until he was 81 years old, long after many would have enlisted a yard service. He enjoyed the work and satisfaction of having it done his way. Bill was most passionate about bird hunting. He enjoyed chasing dove, pheasant and quail and was an excellent shot on most days. Watching the bird dogs work the fields brought him great joy and sharing many hunts with his son Buck made it even better. The Bryants grew up with a long line of hunting dogs who were much loved and enriched the entire family.
Surviving is his wife, Patricia "Pat" and two sons, William "Buck" Franklin Bryant III and Michael Murray Bryant and his wife, Nancy (Homeyer) Bryant. He was preceded in death by his sister, Beverly (Bryant) McCall.
The family will forever miss his everlasting spirit and steadfast support.
A service to celebrate Bill's life will be 1:00 PM, Sunday, October 3, 2021 at Charlotte Latin School, 9502 Providence Road, Charlotte, NC in Anna's Garden. The family will receive friends following the service at the school. The service will be livestreamed at https://us02web.zoom.us/j/82453644917?pwd=bUJYakg0QnIrL2pBUkUxN0ZGQVRpQT09 for those unable to attend in person.
Memorial contributions may be offered in memory of Bill to American Parkinson Disease Association, PO Box 61420, Staten Island, NY 10306 or ALSAC/St. Jude Children's Research Hospital, 501 St. Jude Place, Memphis, TN 38105.
Arrangements are in the care of Kenneth W. Poe Funeral & Cremation Service, 1321 Berkeley Ave., Charlotte, NC 28204; (704) 641-7606. Online condolences can be shared at www.kennethpoeservices.com.