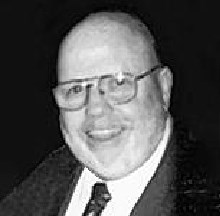 Age 69, of Hamilton, passed away at Hospice of Hamilton on Sunday, January 24, 2021. Michael was born in Middletown, Ohio, on June 3, 1951, to John and Peggy (nee Williams) Childs. He graduated from Taft High School in 1969 then went on to Miami University where he obtained a Master's in

Education. Michael was a teacher at LaSalle High School and Fairfield High School, retiring after many years. Michael's true passion was his ministry, Mike Childs Ministries. His many years in ministry, took him across the United States and to various parts of the world. He ministered extensively on radio, with "The Hour of Jubilee," and television, including Sonrise

Communications, Trinity Broadcasting Network, The Inspirational Network and the LeSea Broadcasting Network. From preaching in "the well" of a county jail, to courthouse steps, to the marbled beauty of traditional churches, Michael endeavored to keep the promise he made to the Lord so many years ago, "I will go wherever You open the door and You lead me." Michael is survived by his sons, Chris Childs and Gabe Childs; his brothers, Daryl (Marcie) Childs and Bill (Kathy) Hodson; and his cousins, Don (Pam) Childs, Diana (Ray) Willey, Doug (Tricia) Childs and Dennis Childs. Michael was preceded in death by his parents, Peggy (Ted) Buzek and John (Bernice) Childs; and his baby brother, John David Childs. Private

services will be held by the family.
Published by Journal-News on Jan. 31, 2021.
To plant trees in memory, please visit the Sympathy Store.
MEMORIAL EVENTS
To offer your sympathy during this difficult time, you can now have memorial trees planted in a National Forest in memory of your loved one.
Funeral services provided by:
Brown-Dawson-Flick Funeral Home
MAKE A DONATION
MEMORIES & CONDOLENCES
Sponsored by Brown-Dawson-Flick Funeral Home.
0 Entries
Be the first to post a memory or condolences.