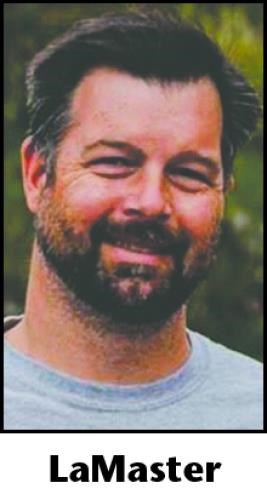 FUNERAL HOME
Coldren Crates Funeral Home
205 West Sandusky Street
Findlay, OH
MARK GERARD LaMASTER, 45, of Findlay, Ohio, entered into the loving arms of God on Sunday, Oct. 3, 2021, 4:54 a.m., at University Hospital in Cleveland. Born in Fort Wayne, he was a son of Tim and Donna (McKelvey) LaMaster who both survive and live in Fort Wayne. He married Jennie Bower on July 29, 2000; she survives. Mark was a family man. He adored his wife Jen and spent every available minute with Jacob, Libby and Baylee. Anyone that met Mark knew that his family was his passion. He also had an amazing sense of humor and went through life with a smile on his face. Mark was a 1995 graduate of Homestead High School. He attended University of Findlay on a track scholarship. The track team made it to State competition all four years. But hockey was the sport that Mark and his brothers enjoyed playing the most. He started out playing youth hockey, then continued through high school, college, and in a men's league. The love of this sport was passed down to Jacob. Mark coached him while on the hockey travel team. Mark rarely missed a game of his all through Jacob's high school career. Mark supported Libby during her gymnastics career, and introduced her to tennis. "Libby will tell you that she learned the game from her dad". Mark played tennis with Libby often. Mark also coached Baylee in soccer, and never missed any of her games. He coached with his best friend Greg Johnson. Mark also was a referee for NW Ohio soccer games. Mark was a member of St. Michael's Parish. He played basketball every Wednesday evening with close friends from the church. "Mark would tell you that he got his love of sports from his dad, Tim." They loved watching the Dallas Cowboys, and the Red Sox. And of course, Mark and Jacob watched the Pittsburgh Penguins often. Mark's uncle Pete was his mentor, both spiritually and physically. After graduating college, Mark was a manager at banking, and became a mortgage lender. He then started working for The RightThing / ADP as a recruiter. Mark's legacy is the love he had for his family. "He will always be by their side." Also surviving are his children, Jacob Ross LaMaster, Elizabeth "Libby" LaMaster and Baylee Bleu LaMaster, all of Findlay; brothers, Nick LaMaster of Jerome, Mich., and Jeff (Hailey) LaMaster of Auburn, Ind..; sisters, Kerry LaMaster and Laura LaMaster, both of Fort Wayne; mother-in-law, Janet Kelbley, father-in-law, Joe Bower and his wife's grandfather, Jack Kelbley, all of Findlay; and nephews, Aaron, Kregan, Collin, AJ, and Braylen LaMaster. He was preceded in death by his nephew, Drew. Mass of Christian Burial is 11 a.m. Monday, Oct. 11, 2021, at St. Michael the Archangel Catholic Church, 750 Bright Road, Findlay, Ohio. Father Adam Hertzfeld will officiate. Visitation is from 1 to 5 p.m. Sunday, Oct. 10, 2021, at Coldren-Crates Funeral Home in Findlay. The family asks that everyone attending the visitation or the service please wear masks and due to Mark's love of sports, that they wear their favorite team's clothing. Interment will follow Mass at the church cemetery. Memorials may be given to the LaMaster Children's Education Fund, which has been established on GoFund Me. Online condolences are welcomed at www.coldrencrates.com
Published by Fort Wayne Newspapers on Oct. 8, 2021.
To plant trees in memory, please visit the Sympathy Store.
MEMORIAL EVENTS
Oct
10
Visitation
1:00p.m. - 5:00p.m.
Coldren Crates Funeral Home
205 West Sandusky Street, Findlay, OH
Oct
11
Mass of Christian Burial
11:00a.m.
St. Michael the Archangel Catholic Church
750 Bright Road, Findlay, OH
Funeral services provided by:
Coldren Crates Funeral Home
MAKE A DONATION
MEMORIES & CONDOLENCES
1 Entry
I'm so, so sorry for your loss, Jennie. You and your family are in my prayers
Cindy Luginbill
October 13, 2021
Showing 1 - 1 of 1 results